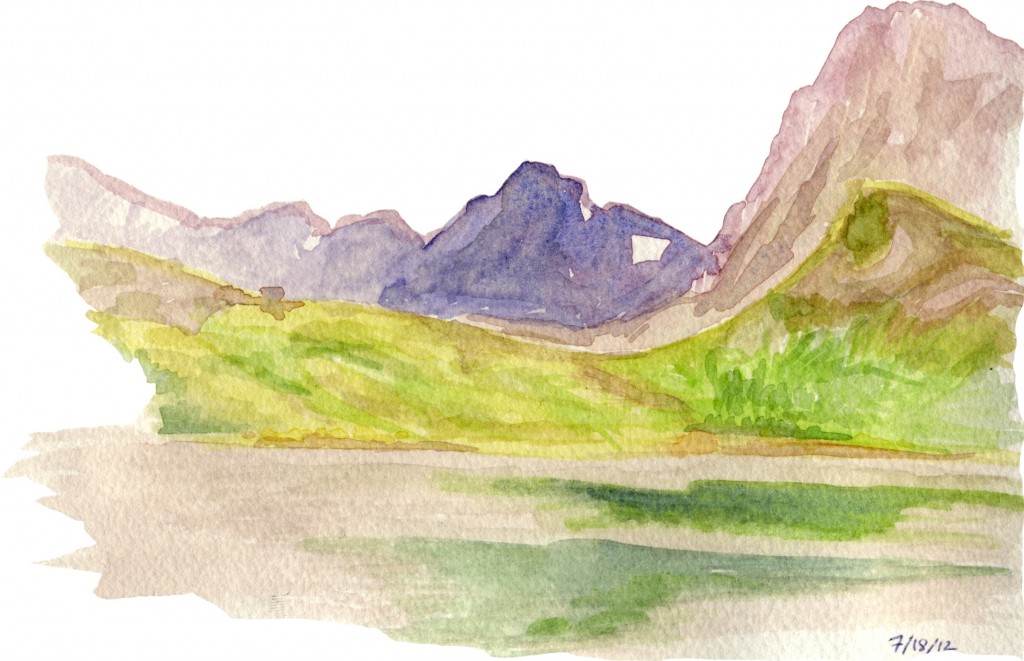 I might have had fifteen dollars after I paid the train fare. I surely didn’t have enough for a four-day road trip in the Sierras. But after half a summer in an office downtown, I craved pine and dark earth, laurel and thrush. For three days I hardly ate. Beer served as my bread, my meat, and my milk. Fasts, I’d been told, clarify the mind, channeling streams of thought into a single still pool.

At Modesto, my friend Abby* and I descended from the train. The sun of high summer pulled out sweat on my chest. Abby’s fast-talking curly-haired cousin showed up half an hour later with three friends. She drove us to the canyon where kids liked to smoke up. I watched rows of lush, green crops sweep by like grocery aisles. At some intersections, dusty flats pressed up catty-corner to the ranches. I thought of all the carrots and cheese and strawberries and meat that shipped out from this region. We passed through the cousin’s town, moving in the width of a wall from dry groundcover to water fountains and grass lawns and back. We drove up into the canyon, past the boulder locals had spray-painted, past a car wreck, up to where the road climbs into a pass, and pulled over. When we climbed down, we saw that there was nearly no water in the creek bed.

We left Modesto later with Tess, Abby’s friend from the previous summer who worked in the Forest Service. We slept those first two nights in the Stanislaus Forest on the floor of a ranger’s hut. My remaining money got me two slices of the first day’s pizza and beer. Abby and Tess had come out for a nostalgia trip and I had come along for the land. Neither of the girls had money to spare—Abby and I lived off a tight stipend. I’m not sure if they would have bought me food even had I asked. By the time we had decided to birthday suit a swim in a small, dammed pool nearly in the basin of one of the Stan’s valleys, I had begun to feel as if I was contracting, pulling out from my limbs and gathering in around my core. The pool lay a couple hundred feet above the valley floor. It was small—maybe twenty feet squared, and shallow. The water sat muddy and opaque.

That night we dined on the shore of another small reservoir. A few stumps stood in the water, their caps clear of the lake. I perched on one, my feet drawn in and a brew in hand. For the next two days I would alternate between porter and stout. The first few times I had a Deschutes stout it was delightful—thick like a milkshake and bitter as collard greens. I felt its weight moving down me. I gripped the brown glass and wondered how badly the high water affected these woods. Below me, did roots soften and swell, split and lose the sense of their construction? The trees of the Sierras stand like the piers of a cathedral. Below them, the lake looked as odd as a warehouse floor in place of marble.

The valley we had hiked that day runs parallel to and north of both Yosemite Valley and her twin, Hetch Hetchy Valley. Since 1923, Hetch Hetchy’s three-mile-long granite basin has lain below the Bay Area’s largest reservoir. Glacial valleys form in U-shapes, but this one, I realized atop my stump, must be sheered off.
The next day, we drove out of the Stanislaus, north. I watched the colors and rocks grow stronger, colder, and more severe as we ascended to the crest, which was still capped by snow in the middle of July. Down out of Sonora Pass, now in the desert, we passed through a gold rush ghost town. The old wooden houses were so thoroughly dried by the high winds that they looked like the dust that they lay upon. At the edge of the bowl in which the village sits stood a few elbows of rusted steel, bent like monumental skeletal arms. They must have been leaning over the hollow wells. It took me an hour to properly think about them. I seemed to be pulling deeper into some point below my chest.

That evening we drank again on the shores of a lake. Mono Lake is twice as salinic as any ocean, and it supports an ecosystem of just three organisms: algae, shrimp, and birds. The salt builds up in bulbous growths, constructing columns fifteen feet high in a weak, pasty grey. I looked out at the cold land and moved very little. My mind felt rather like those waters: still, accruing monstrous structures in its inactivity. My friends bought themselves dinner at the one restaurant in town. They were hungry, but I got a few fries. In the high altitude desert, temperatures were going to fall to just above freezing that night. We couldn’t sleep in the car. Abby ground up one of her blue ADHD pills, snipped about an inch and a half off her soda straw, and motioned how to snort the blue powder. So jazzed on her medication that we half-decided to drive to Reno, Abby, Tess, and I followed some of the restaurant’s employees to a bar twenty miles away. In the very late hours of that night we walked a half-mile down a boardwalk over an enormous flat, grey and even wider, it seemed, than Mono Lake. I focused on moving forward. The boardwalk ended at a crater, which bubbled with sulphurous water. We stripped.

The hot water seemed to push at my flesh. I imagined my internal organs pressing together, my lungs straining from the pressure. I breathed light and fast. I felt like I was at the center of a balloon, ready to give.

My fingers trembled and I slipped in the volcanic basin. I couldn’t feel the sides.

Abby helped me rise and cool off in the desert. She pushed two of my fingers together and said “just shove them down.” But there was nothing to come up.

* The names in the piece have been changed. 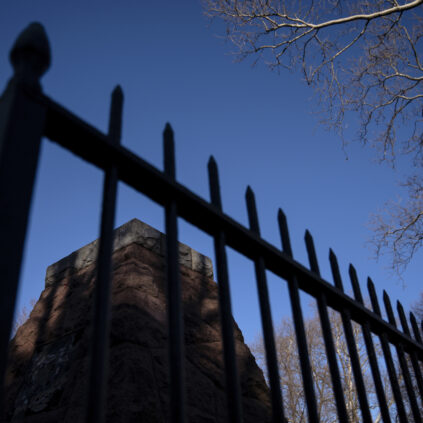