It was not the first time I had attended a mid-September meeting at Yale where the “facilitator,” hoping to attract new blood, had bragged about his organization’s “open, non-hierarchical structure.” But this wasn’t YHHAP and it wasn’t SLAC and it would have taken a lot more than my gin and tonic to help me imagine this guy in anything other than a gray suit and wing-tips. If he was fighting the power, he was doing it wearing a power tie. But if he was trying to stick it to the Man, he came to the right place. Rumor has it that whenever the Man comes to New Haven, he stops in for an after-dinner drink at the Graduate Club. Pursuing the Man was not new to our facilitator; he had been doing it all his life.

This was Jerry Kenney (SY ’63), Yale Man and Senior Vice President at Merrill Lynch, whose official title and salary are matched only by his unofficial position as head of Yale-Merrill Lynch relations. In 1963 he got his “senior haircut,” hopped a train to Grand Central, and never looked back. He was a king-maker (and queen-maker-Merrill Lynch loves diversity as much as it hates hierarchy) and his audience was filled with many a handsome young prince(ss). But these young royals may have more in common with Czarevich Alexei, the Russian heir who ended his brief life at the bottom of a mineshaft riddled with Bolshevik bullets, than with a young Louis XIV. No, the revolution is not coming, but on Wall Street, the sky may be falling.

I wanted to find out how the Asian flu (not to mention the Russian flu or the Latin American flu) was affecting investment bank recruitment. I thought this would be easier than it turned out to be. First of all, I wouldn’t have to travel. Why go to Wall Street when Wall Street comes to you? And I wouldn’t have any trouble finding a reception-I just picked up the YDN and read only the full-page ads. Merrill Lynch was coming to town, specifically to the Graduate Club, the usual place for good old-fashioned good old boy networking. I’ve heard some firms hold their receptions at XandO. I wonder if the firms who go there pretend they’re “indie” like XandO does-none of those long lists of cities with branch offices in their ads. “Wow, those firms must really hate hierarchy,” I thought, but Merrill Lynch’s anarchical tendencies will have to suffice tonight.

It would make my interviewing easier, at least. There wouldn’t be all that pressure to barge up to the front of the room and take up Mr. Kenney’s-I mean, Jerry’s-precious time. I’m sure Jerry is like those ex-hippie teachers I used to have who let you call them by their first names just to be non-hierarchical. I wonder who hates hierarchy more-Jerry Kenney, Jerry of Ben and Jerry’s, or Jerry Garcia? But why should I even need to ask? I could talk to the little people, since Merrill Lynch grants them so much autonomy. And they won’t be hard to find either. The company brought up loads of them from New York, recent Yale grads all.

But they were a tight-lipped bunch. I tried to interview two women from the class of ’98, but they suggested I talk to more senior people. I tried another but he had strict orders from his non-hierarchical supervisors (“Comrades,” I think they’re called). “We were told we can’t say anything about this [to] newspapers,” he said. Finally, I found someone who was more than happy to talk. He claimed that the global economic downturn was having no effect on recruiting and that there was no noticeable change in mood at the office. But Friday’s New York Times reported that Citicorp would lay off scores of its financial services workers, and last week’s Time featured an article from a hedge fund manager entitled “Fear Reigns On The Floor?” (they even put “Reigns” in red). As I worked the room, I realized that the article described the atmosphere on the floor of the Graduate Club as well as it did the New York Stock Exchange.

Claudine Rippa works full time as a recruiter for the firm’s debt markets department. She seemed like just the person to talk to. But she wasn’t; she was downright hostile. If everyone’s character was so perfectly summed up by their last name, life would be a lot easier. She had been through the recession of the early ’90s and the Clinton-era boom and maintained that recruiting was never affected. “There are no problems here,” she snipped. When pressed, she admitted they were “assessing” now because there was “concern,” but she didn’t anticipate any cuts.

Again I changed my strategy. I decided not to look for a person from any particular age group or department. Rather, I decided to talk to someone who looked nice. I found a middle-aged man who told me the new bankers in his department were scared and confused by the market fluctuations. “They’re asking, ‘What does this all mean?’ and ‘What’s going to happen to us?'” He, however, was completely at ease. It seemed he had even skipped yesterday’s round of mandatory haircuts that had been inflicted on all the other gentlemen in the room. Probably out playing with his kids.
For the younger employees, a job at Merrill Lynch would preclude having a dog, let alone kids or anything else that might require care. I overheard a young man turn down a date because it conflicted with his “sell dinner.” I must admit that I was unfamiliar with the term and thought at first it might be “cell dinner.” They both seemed equally fitting. In many ways, in fact, the lifestyle of an I-banker is like that of a prison inmate, minus all the play. Maybe it was a reference to a monk cell, which would explain the celibacy and the boring haircuts too.

Ironically, the firm’s official materials did not seek to hide how its employees lived. In the recruiting film, a young man bragged about working from ten am to six am. Another admitted that “you can’t plan anything” in your social life. The glossy companion brochure contained a close-up of a few floors of the World Trade Center at dawn. A number of offices still had the lights on, framing silhouetted I-bankers hard at work.

My hunch that fewer and fewer of these coveted offices would be available this year had still not been confirmed. By this time the reception was breaking up and I was resigned to going against the grain and embracing hierarchy-I had to interview the big cheese. Before I knew it, I was face to face with Jerry Kenney. I had no journalistic tricks up my sleeve; I was going to put it to him straight. Besides, Jerry had already acknowledged the problems in the global economy. When he reached the part of his presentation about Merrill Lynch’s $1.4 trillion in assets, he joked that it was “lower this month than before summer vacation.” Talk about the wrong joke for this crowd-he didn’t receive a single laugh. Sometimes the best way to break some bad news is with a joke, and for Jerry there was no covering up the bad news. He believed in the Five Values of Merrill Lynch, and number five was Integrity.

“They do,” he replied, not realizing how many of his underlings had denied this basic fact. Like the all-American father explaining the ins and outs of a carburetor to his son, he gave me a man-to-man on the global economy. During growth you need more people, but in “terrible” markets you may have to lay people off. “I guess it will be a year of reduced recruiting all over Wall Street,” he concluded, estimating that Merrill Lynch would have about 150 spaces in its 1999 “class.” I remembered that earlier in the evening, I had spoken with a member of the class of ’97 who told me he’d trained with 400 recruits. This year 250 are out with the Asian flu.

I considered going back to Ms. Rippa and informing her that the Bossman had contradicted her, but frankly, I was scared of her. Besides, the night was winding down. The seniors were going back to their econ homework, the young bankers were packing up for New York, and the Man was going back to his house in the suburbs. Before leaving I went back up to Jerry and thanked him for being so forthright. “The clients know, so you gotta be honest,” he told me. At least one man still believed in Value Number Five.

As I walked back up Elm Street toward Yale, I took out the recruitment materials I had picked up at the beginning of the night. I looked at the glossy red portfolio, expecting to see it emblazoned with the Merrill Lynch slogan, “We’re bullish on the future.” There was no text; that slogan went down with the stock market. The slogan was gone, the brash, youthful confidence was gone, only the bull remained.

Daniel Brook is a junior in Davenport College.

This article first appeared in the October 9, 1998 issue of TNJ. 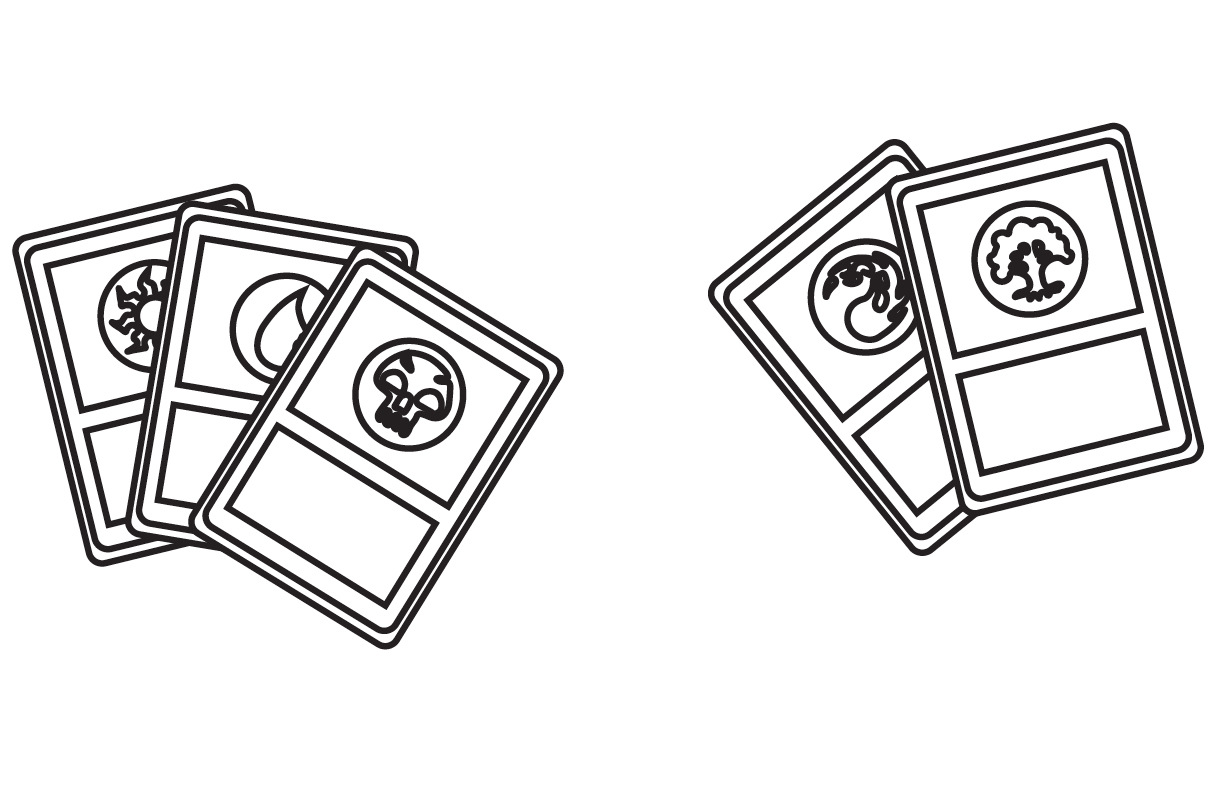 A Mage in the Making