When members of the Yale Women’s Center Executive Board circulated Zeta Psi’s now notorious “We Love Yale Sluts” photo on January 20, they hoped to cast a critical eye on an emblematic image. Instead, after weeks of public dispute, the gaze has swerved back to the protesters. The Women’s Center has been challenged for its intention to file suit, its critics have been accused of insensitivity, and Yale is struggling to define the boundaries of this sexual dialogue. Such disputes are not new to New Haven. The Elm City brims with lurid tales of sexual controversies and their dubious incarnations.

The first predates Yale. From 1640 to 1643, when four out of seven New Haven residents were men, the Colony experienced what historian John Murrin calls “something close to a bestiality panic.” New Haven was one of the world’s most harshly Puritanical societies, and its authorities frequently handed down severe punishments for a variety of sex crimes, including sodomy, masturbation, and zoophilia. Perhaps a victim of historical circumstance, perhaps blinded by an unseemly fetish, a one-eyed servant named George Spencer became the target of one of the most public bestiality trials of the seventeenth century. Long a nuisance to his community, Spencer came to the attention of authorities in early 1641 when his neighbor remarked that one of his sow’s newborn piglets bore a striking resemblance to Spencer’s disfigured visage. Concluding that “the monster” must be Spencer’s offspring, the neighbor explained the story: “Spencer being there att worke, the sow came into the stable, and then the temptation and his corruption did worke, and he drove the sow into the stye, and then comitted thatt filthyness.”

Though some historians contend that the charges against Spencer would not have held in a more moderate religious climate, New Haven authorities probed the servant with zeal. Interrogated by a group of religious leaders, including men named Yale and Davenport, Spencer was condemned for much more than his penchant for deflowering sows. In court, rumors ran rampant: Spencer had not been to church in five years; he had been whipped in Boston for stealing goods; he had attempted to flee from his servitude to Virginia. Ultimately finding him guilty of “sinfull and abominable filthyness,” the New Haven court delivered the punishment demanded by Leviticus 20:15: Spencer was to die, but not before witnessing the public slaying of his promiscuous sow.

Founded in the wake of spectacular New Haven trials like Spencer’s, Yale eventually confronted its own cases of sexual transgression. Not surprisingly, definitions of deviance have proven wildly elastic over time. In 1821, Yale’s disciplinary tribunal expelled Alfred N. Bullitt for “criminal intercourse with a female of abandoned character.” Such “abandoned” young women—often factory girls or New Haven prostitutes—frustrated Yale authorities throughout the nineteenth century and sent more than one Yale man from the institution.

A century later, as Freud shepherded formerly unspeakable sexual issues into the mainstream and World War I placed a renewed emphasis on traditional masculinity, the University stepped up its punishment of homosexual behavior. In April 1923, John William Herron and Theodore Studwell Smith were suspended for the remainder of the year after being convicted of “improper proceedings in their room.” While undergraduate regulations never explicitly forbade gay sex, disciplinary guidelines were ambiguously worded to condemn criminally effeminate behavior while avoiding the ugly business of naming the deed. “Any breach of the commonly accepted rules of gentlemanly behavior,” the rules read, “whether or not covered by these regulations, will be subject to disciplinary action.” Considering the official tolerance of both heterosexual and homosexual relationships at the University today, the cases of wayward Yale men exemplify the power cultural context can exert on the judgment of transgressions. When the intimate realm of sexual behavior is exposed and condemned, the private becomes the public, and a forum in which to reconsider and renegotiate fundamental social values emerges.

In the case of Spencer’s unfortunate indiscretion, New Haven’s Puritan community turned him into a scapegoat and his trial into a reaffirmation of such virtues as piety, goodwill, and hard work. After a year of imprisonment, Spencer stood at the gallows. Face to face with death, he urged the people of New Haven to take a more righteous path than he had. According to the record, “He began to speake to the youths about him, exorting them all to take warning by his example how they neglect and despise the meanes of Grace, and their soules good as he had done.” Finally, Spencer admitted “his impudency and atheisme,” then “justified the sentence as righteous, and fully confessed.”

According to Sociology Professor Philip Smith, cases like Spencer’s offer a platform for the retrenchment of communal ideology. “The case can be made,” Smith explains, “that visible trials in such cases help to sediment new understandings and to offer an exemplary narrative to the public.” As New Haven authorities fitted the noose tightly around Spencer’s neck and kicked away the stand, they sealed the religious and social values of the community with the blood of one of its members. “Now he was ready to dye,” the court’s account reads, “and he must goe presently to hell.”

Spencer’s hanging came at the hands of a society whose conception of sexual crime was firmly entrenched in Puritan-era absolutism; deviance was easily defined by strict, seventeeth century codes. But what happens when that absolute bedrock vanishes? After all, what is so offensive about “We love Yale sluts” isn’t that it is deviant from societal norms, but that it could be frighteningly in tune with them.

If such public trials become an opportunity for discussing social values, what is at stake with the scandal of Zeta Psi? The shock of many Yale students extends beyond that flimsy, white sign held by one of the fraternity’s pledges. “Their faces were sinister, gleeful, calculated,” explains Kathryn Olivarius ’11, the Women’s Center’s constituency coordinator. Special Events Coordinator Claire Gordon ’10 expresses a similar disgust for the larger offenses of fraternity culture at Yale, claiming that “they are settled into this old wealth, this powerful network.” Similarly, Lizzy Madva ’08, who sympathizes with the Center but is not involved with any of the official feminist channels at Yale, looks not at the sign but at the scene as a whole. “It’s a big group of guys,” she says, “and my first impression is that it’s aggressive and threatening.” While some students equate manly bombast with violence and privilege, History Professor Cynthia Russett reads something more banal into the photo, “Their faces looked a little vacuous…” she says. “Unfortunately, thatAnimal House behavior is so easy to dismiss as trivial.”

Such observations point to a reassessment of fraternity culture, whose worst stereotypes are displayed in the photo. To those offended, their rapacious hand signs signal the violent edge of the male collective, all the more unsettling when positioned in the single space of identifiable female solidarity on campus. The cigar on the far right evokes the masculine entitlement of a smoky boardroom. Yet what troubles students most is not the crowd’s violence but its surprising sense of place. Shoulders back and heads cocked to the side, they are relaxed, at home. This eerie serenity suggests an assumed immunity. The photo is seen to encapsulate cultish brotherhood, male privilege, and the garish witlessness that finds a way to thrive in a fortress of academic excellence.

Like past sexual controversies, the trial of Zeta Psi constitutes self-exorcism of a kind. Reactions to the incident have the potential to reaffirm tolerance, diversity, and progress as the virtues behind Yale’s imagined identity. While some feminists hope that today’s trial will bring them close to the Yale they expected and wish to create, other students came to Yale in search of the traditional male camaraderie for which Yale has long been famous. Fraternities, like women, deserve to feel at home on campus. “I wanted to join a ready-made social scene, a tight-knit group of guys,” recalls Adam Edelstein ’08, who chose Yale for the brotherhood he felt it would provide. Edelstein became a DKE brother and remembers feeling struck by the fraternity’s history of leadership and alliance. “Part of the DKE pledge process is learning about the history of the fraternity,” he explains. “You memorize the former presidents, the facts of DKE’s formation, and the mission of the fraternity.”  The Women’s Center holds fast to its physical space as a symbol of decades of activism and hard-earned respect; Zeta Psi pledges defend Yale as a space for character-building horseplay and lifelong masculine networks. Each camp makes a bid for a part of Yale’s past; each holds a vision of the future they hope to create.

In 1642, Spencer dangled limply for a colonial crowd as a public reaffirmation of piety. In 1923, John Herron and Theodore Smith packed their trunks and quietly withdrew from Yale so that the orthodoxy of gentlemanly behavior could be preserved. As the controversy simmers in 2008, it remains unclear whether Yale is capable of the social mobilization that characterized the public trials of our past. Reflecting on the reactions she has observed, Madva sighs and admits, “In general it’s a polarizing event, not a unifying one.”  Perhaps an affirmation of social virtues will once again evade us. Yale is beyond public hangings and homophobic regulations, but the myriad reactions to “We love Yale sluts” have revealed a host of conflicting ideals held by the Yale community. Would a sensational trial cleanse our community of its anxieties? Or are they so deep-rooted that trial by fire is as useless as tossing a witch in a river to see if she floats?

Pat Hayden is a senior in Timothy Dwight College. 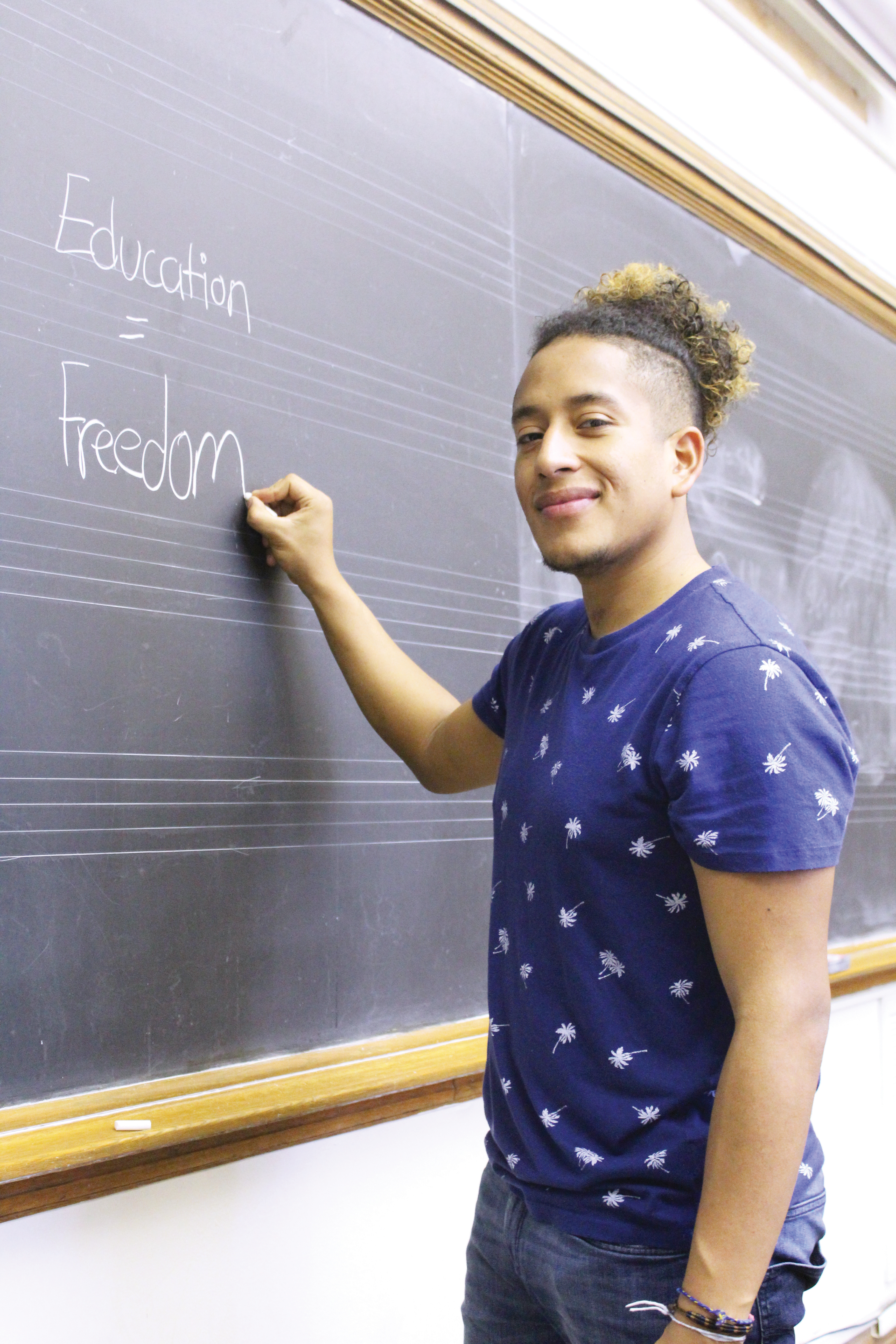