Poitras is young-looking, with pretty, thick-lashed brown eyes. She gestures delicately with her long, pale fingers, speaking softly and lifting her voice to curl statements into questions: “I think we should just talk about ideas?” She is fond of saying “like” and “totally,” and there is something girlish about the way she forms her l’s—lightly, with the very tip of her tongue. She is hardly the picture of a war-zone reporter.

Yet she is now working on the second film of a planned trilogy about the aftermath of September 11. The first, the 2006 Iraq documentary My Country, My Country, launched her to national prominence with Oscar and Independent Spirit Award nominations. Despite her subject matter, Poitras insists, “I just think of myself as an artist…. Before this I wasn’t running around going to war zones. I’m not, like, a war filmmaker.”

Until recently, she wasn’t even a documentary filmmaker. Poitras started in the ’80s as a chef in expensive French restaurants in San Francisco. As the work slowly sapped her love of cooking, she turned to another sort of craft, taking classes in avant-garde film and eventually leaving the restaurant for her new love. She eventually drifted to cinéma vérité, recording “truth” without artificial devices like interviews or the filmmaker’s visible presence. Her 2003 film Flag Wars was her first documentary, the globally acclaimed My Country, My Country her second. She is now working on the second installment of her 9/11 trilogy. Film has taken Poitras over, and she has no plans to shake its hold.

“That experience of filming, that’s what I live for,” she explains. “When you’re really capturing something that’s happening before you just in really human terms. Really surrendering, forgetting your ego and just being present and telling a story—there’s just nothing like it when it’s happening.”

Surrendering: Poitras uses the word as if she had fallen into her success. As if she were watching a film instead of making one. Watching, of course, is how her love of movies developed: “Like, Mean Streets by Scorcese when I was 15. Everything about it—a dark theater with popcorn and seeing and watching an image as a story unfolded in front of me—it’s one of the best experiences. It’s still completely satisfying.” Her cinematic taste ranges widely, from classic movies to the avant-garde genre in which she was trained. Her mantra is simple. She asks of films—her own and others’—only one thing: “I want to be moved.”

In a closet-sized room in the Yale Digital Media Center for the Arts, seven students—all female—are engaged in a heated debate. The members of this year-long documentary film workshop, designed for Film Studies senior projects (although only two members of the class are in the major), are discussing their approach to a group documentary on the November 4 elections. As the conversation jumps from the significance of New Haven’s homeless population to the Science Hill cupcake cart, Poitras listens intently, resting her chin on her hands. As a guest professor, Poitras has stepped into the shoes of documentary greats like D. A. Pennebaker, who traditionally teaches this class. But Poitras speaks unassumingly, like an eighth student, and the students interrupt her just as often as they interrupt each other. This is group brainstorm: relaxed and free of hierarchy.

Near the end of the class, once the group has agreed, mostly, on a plan of action for their election documentary, Poitras gently moves back into teaching mode. “Just, like, surrender. And if it doesn’t turn out, it’s really okay?” The class laughs guiltily, caught in the act. “Try to make it observational and not interject too much. Surrender to whatever happens.”

She tells a story. To make My Country, My Country, which centers on the 2005 elections for the Iraqi Transitional National Assembly, Poitras filmed in Iraq for eight months, mostly living with and shadowing a middle-class Baghdad physician and local activist named Dr. Riyadh. In the film, Dr. Riyadh runs for the Baghdad Provincial Council as a member of the Sunni-run Iraqi Islamic Party. When the Sunni leadership decides to boycott the elections, Dr. Riyadh still seems committed to voting. But on election day—the climax of Poitras’s work— Dr. Riyadh stays home, sending his wife and children to vote alone.

“So Dr. Riyadh—the day of the election I had gotten permission to go to the polling center with him… and then he totally didn’t go out, he didn’t leave the house? And I was like, my film is ruined!” Everyone laughs. “The film is ruined, nothing happened, because my main character is chicken. And I called my producer and I was like, ‘It’s terrible. It’s terrible, he didn’t go out.’ ” Though some of the students begin their own conversation, Poitras continues in her usual quiet way. “But then after, I realized: It actually made the story more tragic. It’s kind of like this surrender, like you have these certain expectations that things are going to be a certain way… but other things can happen that might be more interesting. So just go with it.”

The class chews on this. Then a girl asks, “How many minutes are we shooting for?” Poitras laughs. The girl adds, contritely, “…-ish?”

For Poitras, artistic surrender opens the door to action. “There’s a certain kind of magic that happens,” she explains. “When you’re filming something and there’s some kind of dramatic moment happening, I’ll climb buildings; I’m totally not shy. When I have a camera in my hand I sort of become another person.” The camera is her superhero cape, but it brings her closer to, not farther from, reality.

She wants her students to climb buildings, too, if not leap atop them in a single bound. She likes that the class is about “making things” instead of talking about them. The class jokes about persuading construction workers on Science Hill to lift a student or two in a crane, high above treetops, for a bird’s-eye shot of the city. They are only half-kidding. Filmmaking requires “just jumping into the world,” Poitras says, “stepping outside your comfort zone” into a reality that defies theory.

She loves the play between what she expects to happen and what actually happens in front of her camera lens. Between documentary filmmaking as real-time movie watching—not so different from Mean Streets at 15—and as a controlled artistic act. She made My Country, My Country both to record history and to offer her own vision of the war in Iraq. It was a visceral urge, she explains, “like when you feel like you need to say something.” Even when she wears her cape, she remains half-Clark, half-Superman.

In perhaps her most superhuman feat, Poitras shot most of My Country, My Country in a language she couldn’t understand. Filming subjects in Arabic without a translator, she worked by feel, using her instinct partly as a filmmaker, but mostly, she claims, as a human being. “I pretty much know, ‘This moment is going to be good.’ There’s something about human drama that you can almost see in a clearer way when you don’t know the language.” Still, once back in America, receiving the translation of her footage was “like Christmas. Or Ramadan, or whatever.”

In the last scene of My Country, My Country, after Dr. Riyadh hears that he has lost the election, he stands in the doorway of his living room speaking to his wife and daughters, who smile and crow, “Bravo, Bravo!” “I knew it was the last scene,” Poitras recalls. “I thought it was a save-the-day kind of thing.” To Poitras, the family seemed to be honoring their father for his heroic efforts to help his country. The eventual translation shocked her: Dr. Riyadh, the stubborn patriot, announces to his family that he wants to leave the country. His all-female audience responds: Bravo, Riyadh, you finally came to your senses! While filming the scene, Poitras says, “I didn’t know it was sarcasm, so I completely misread the situation—but it was still the end of the film.”

She was both right and wrong, in control and in surrender.

Amy Fish, a senior in Jonathan Edwards College, is a managing editor of TNJ. 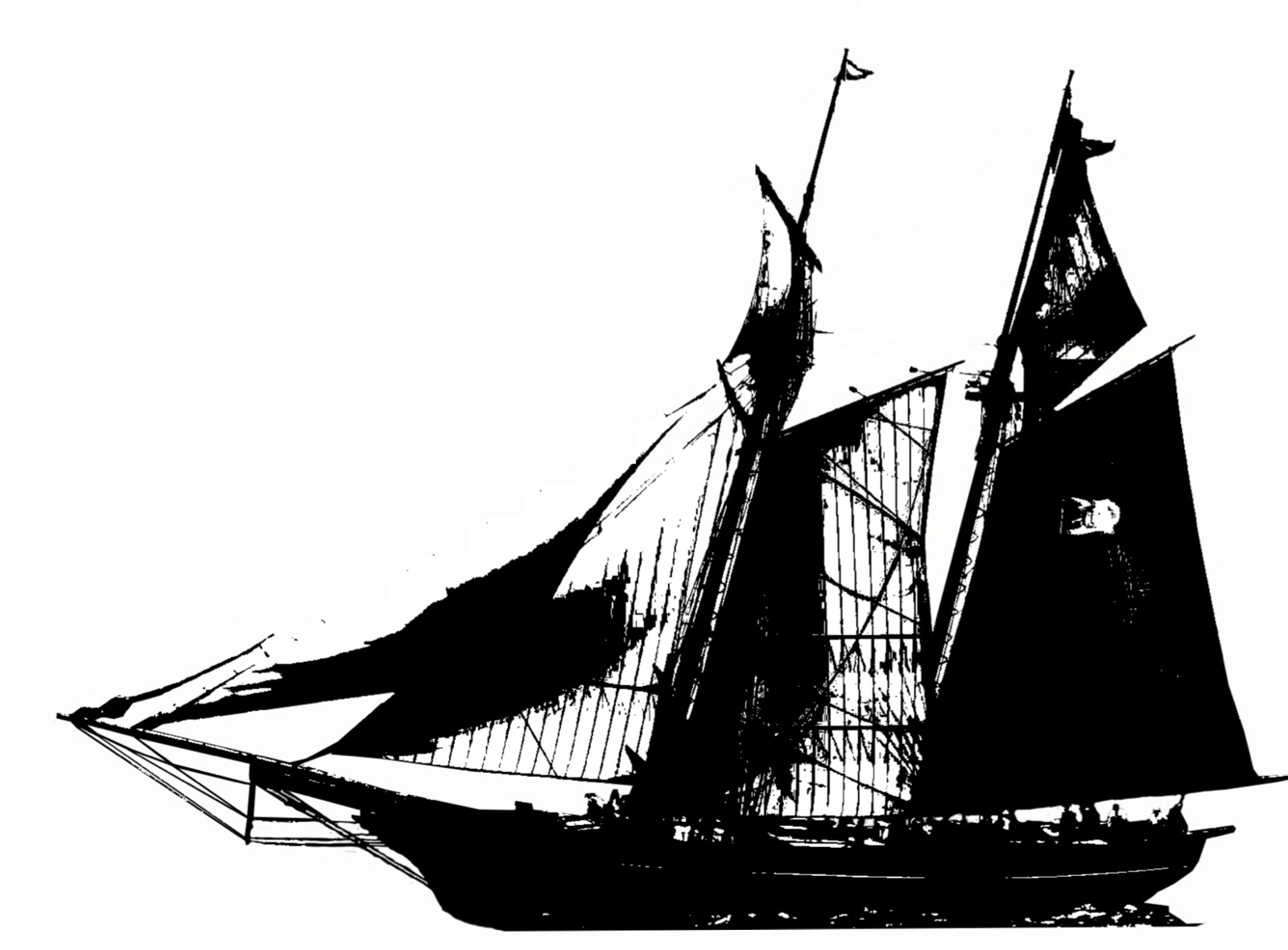