A Fine Kettle of Fish

At the Maritime Aquarium in Norwalk, Connecticut, a work crew is preparing a large, empty room for new shark tanks and sea urchin habitats with state-of-the-art filtration systems. They’ve been told to be unobtrusive, so the workers speak softly and crane operators silently ease thousand-pound slabs of concrete into position. Several hundred people still visit the aquarium each day, and the sounds of heavy machinery in the background wouldn’t be ideal for a leisurely family outing.

“We spent the last decade expanding our educational programming and varieties of species. It’s time our facilities get a face-lift, too,” said Dave Sigworth, a spokesman for the Maritime Aquarium. During his fourteen years working there, he has witnessed the aquarium become a popular destination for families touring New England. There are about 85,000 people in Norwalk, but the aquarium now welcomes almost half a million visitors a year. At a September celebration of the launch of the $4 million renovation project, a shoal of notable people—Norwalk Mayor Richard Mocci, aquarium president Jennifer Herring, U.S. Senator Richard Blumenthal, and Robert Forrester, president of Newman’s Own Foundation—floated toy sharks in the old tanks.

“The event symbolized how much we can give to visitors locally and to Connecticut,” Sigworth said. The aquarium’s history is a remarkable success story. Local governments and nonprofit organizations invested in a community and created a major center of economic activity, all while teaching New England’s children about the ecology of the Long Island Sound. The blocks around the aquarium, once run down and largely derelict, are now the most valuable commercial real estate in the city. But the aquarium has sailed only recently from rougher waters.

I’d always heard that [the Aquarium] wasn’t pulling in much money back in the early nineties, but they have to be making lots of money now,” says Donna Rey, a third-generation Norwalk resident. “I mean, I bring my two kids here every weekend. They’re nuts about the ray eels.” Moray eels, or ray eels for short, are spineless, with dinosaur faces attached to flattened, finless bodies.

Her two toddlers tug at the fabric of her pants, their eyes flitting ceaselessly toward the puffer fish floating in a central glass column. One launches his body into an imitation of an orca whale, and his brother waves his arms to mimic ocean tides.
Rey and her husband were both raised in Norwalk, and she remembers the aquarium’s opening in July 1988, back when it was called simply “The Maritime Center.”

A mere three months after it opened, the center was mired in “a fiscal and financial crisis,” according to the city’s finance director then. The problem was that not enough people were coming to the aquarium.

When city officials approved proposals to build the seventy thousand square-foot museum and aquarium in old factory buildings, they hoped visitors would return to a once thriving and eclectic part of town, an area known as the Washington Strip. Population drift had left the area deserted and the economy crippled. The proposed Maritime Center appeared to fuse educational and environmental objectives with the potential to make money. Biologists liked the idea of teaching people about flora and fauna in the Long Island Sound, while economists and city planners nodded at the proposed center’s family appeal.

Families didn’t come, though, and as sponsors began to lose hope that the center would become financially self-sustaining, the city government stepped in and offered the Maritime Center a $30 million advance to cover maintenance costs and, most importantly, start advertising. It was a big gamble.

Pete Marnane, who became president a few years later, proposed a name change. He believed the aquarium should be able to attract 25 million visitors in five decades, but he thought that the “The Maritime Center” was too humdrum, not a name that would prompt families to pull off the Connecticut Turnpike, the only major highway nearby. Marnane wanted his facility to be a destination that parents would plan afternoons around. He wanted his aquarium to be called an aquarium.

“I wanted to make sure we were planning ahead,” he said. His staff spent months surveying visitors, until they convinced aquarium board members that changing one word would bring in 10 percent more visitors. The name changed in April 1996. In the following year visitors to the new “Maritime Aquarium” more than doubled.

Marnane spent the remainder of his tenure addressing every funding request, every remodeling initiative, every addition to the aquarium, and every new crustacean tank with his characteristic diligence. “Pete turned things around for us. Everyone knew that, and none of us wanted him to leave the aquarium,” Sigworth said.

Eventually, Marnane stepped down. He purchased a small Tudor house and quietly raised his family, making occasional appearances at the annual Norwalk Memorial and Independence Day Parades and business ribbon-cuttings. He purchased a tank and filter for his home, but never got around to buying any fish to fill it.

The Sound is a lot like Vegas,” Sigworth said. “What happens there, and comes by way of the rivers, stays there. And we become responsible for taking care of it.”
The Long Island Sound loses several of its unique species every year to overfishing and water pollution. The Maritime Aquarium finds no shortage of conservation topics to inspire its in-house and off-site programming, serving 150,000 students in Connecticut each year. In 2002, it unveiled two lab classrooms on the third floor. Colorful diagrams of crustacean life cycles span three walls, and a long stretch of sinks, tubs, and tanks lines the fourth. As students rinse their hands after playing with turtles or poking at sea cucumbers, they can look out the south-facing window at the Norwalk River, perhaps at the very place where biologists gathered the specimens for that day’s workshop.

The aquarium’s economic impact eventually caught up to its educational outreach. Today, the area around the aquarium boasts a swanky Italian ristorante and several smaller shops offering stationery and fashions by local and national designers.

Ike Litovsky waits tables at O’Neill’s, a pub a few blocks away from the aquarium. Between his lunch and dinner shifts, Litovsky visits the aquarium and takes in an occasional IMAX matinee.

Many of the guests at O’Neill’s have just visited the aquarium, Litovsky said. “I tell them we offer fresh cod that’s been dropped off to us that morning by harbor fishermen, but some people give me this funny look like, ‘I just saw those happily swimming around with their marine friends; no way—get me a steak.’ Others go crazy and get seafood platters.”

Litovsky wouldn’t mind moving a few blocks for work. “I’d love to work for them,” he said. “This town, this restaurant, needs that aquarium.” The aquarium is looking for “people who get what works here,” he added. “I think they just really want people who care enough to stick around. Sign me up.”

Thirty-six percent of the aquarium’s approximately 475,000 visitors each year come from out of the state. As it continues to expand, the aquarium is set to meet Manarne’s target of 25 million visitors in five decades. Over the last two decades, various donors have sunk nearly $335 million into the aquarium, which generates an estimated $42 million of economic activity in the city every year. The current executive board includes state councilmen and public servants of surrounding municipalities.

The Maritime Aquarium brought new life to the surrounding district. Now, as the quieter winter season drags on, the city will return the favor with new underwater homes for the aquarium’s toothiest denizens. 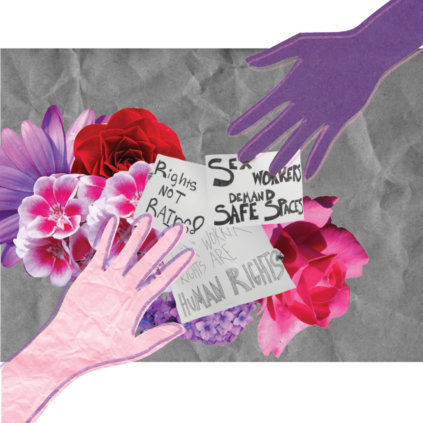