The Week in Review

The Fiscal Crisis Affects the Presidential Breakfast
President Barack Obama hasn’t tasted coffee in two weeks. Nor has he put butter on his toast, or poured fresh milk on his cereal. Instead, he has been drinking a coffee substitute made from boiled chicory root, spreading margarine on his stale bread crusts, and pouring reconstituted milk onto his cornflakes. Given the government shutdown, the Department of Presidential Breakfasts has had to drastically scale back its menus. Read more

American Refugees Head to Canada
Americans are flocking to the Canadian border to escape what they see as a looming civil war caused by the government shutdown. Canadian Prime Minister Stephen Harper has granted Americans temporary refugee status, as well as provisional access to the Canadian socialized medical system. “We are happy to be able to provide relief to our southern neighbors,” Harper said at a press conference. He pleaded with those Americans currently camped out at the border to be patient while their applications are processed. Read more

Michelle Obama Announces Foraging Campaign
On Wednesday, Michelle Obama announced a program designed to teach the children of furloughed government employees how to forage for edible plants. At a White House press conference, she displayed baskets of acorns, a handful of purslane, and bushels of chickweed, as well as the camouflage rain boots that allow her to venture into muddier spots. “Whether you are looking on the grounds of the White House, in your local park, or in your own backyard, you can bring home a free, nutritious meal for you and your family,” she said. The program will begin as soon as the government is back in session. Read more

Congressional Republican Accused of Mooning Protesters
Representative Steve Scalise (R-Louisiana) has been accused of indecent exposure after allegedly mooning protesters in front of the Capitol. Albert Jessny, a student at the Corcoran College of Art and Design, says he was holding up a sign that said “Stop Arguing,” when Scalise came out, dropped his pants, and shouted, “Argue with this!” Read more

Castro Volunteers as Interim President
In a five-hour speech delivered in front of Havana’s statue of José Martí, revolutionary leader and former Cuban president Fidel Castro offered to come out of retirement to serve as interim president of the United States. “This is more than just a fiscal crisis—it is a crisis in leadership,” he shouted. “This is an opportunity to show the world what a real government looks like.” His grandson, Alexis Castro Soto del Valle, stood beside him, waving an AK-47.  Read more 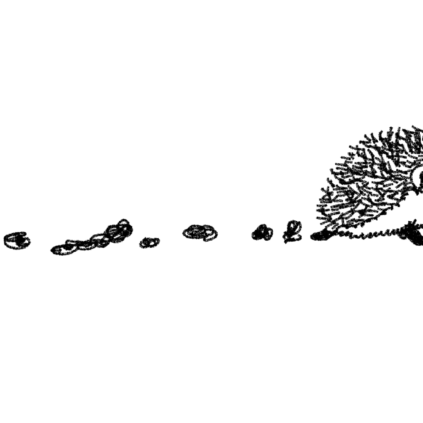 Go Ahead, Yale. Try to Take My Hedgehog Away.