The Hub of the Wheel

Behind a warehouse door in East Rock, John Martin tightens a bolt and gives the crankshaft a turn, sending the rear wheel of the bicycle into a spin above the concrete floor. He leans in and eyes the rotation approvingly. It spins true—no horizontal shake, no friction. Behind him, Connor Dwyer Reynolds, the bike’s owner, breaks into a smile.

Before finding the Bradley Street Bicycle Cooperative, Dwyer Reynolds knew almost nothing about bike repair. But he needed a bike and wanted to build it himself, so Martin offered to teach him. Since they were about the same height, Martin repurposed a frame that once belonged to the second bike he ever built, back in college. It needed a complete overhaul—new brakes, wheels, and gears. Now, it works.

Surrounding them in the co-op, a diverse group of mechanics attends to bikes held aloft by aluminum bike stands. It’s a rare sight in a city segregated by race, class, and cultural capital. Graduate students work next to teenagers from Fair Haven. Older, upper-class men learn from young, working-class women. They clean chains, lube gears, replace brake pads, change tires, and adjust shifters. Outside on the sidewalk, someone test-rides a cleaned-up junker from the seventies. The brakes squeal. Some of the mechanics have a background in professional bike repair, but most start like Dwyer Reynolds—they come in knowing nothing. Given time, space, tools, and a little instruction from Martin or the other experienced mechanics, they learn to salvage defunct bicycles.

The co-op takes in old bikes culled from dusty attics and garages or picked up by the New Haven Police Department. Often, they’re dead on arrival—hardly functional, if you can ride them at all. The bikes lean together in long rows in a cavernous room at the back of the shop. One by one, these hunks of metal are resurrected by the co-op’s volunteer bike mavens. About half of the refurbished bikes will go to the beneficiaries of local charities, such as Integrated Refugee and Immigrant Services (IRIS) and the Connecticut Mental Health Center. Last year, the co-op donated about a hundred recycled bikes. This year, it’s on track to double that.

With thick-rimmed glasses, light scruff, and a cyclist’s slight build, John Martin doesn’t exactly stand out among the other patrons on the shop floor. But he’s the man in charge here. He’s about six feet tall, thirty years old, and in two years, he’s made the co-op one of the strongest institutions in the New Haven biking community. In addition to the bike refurbishment program, the co-op hosts ‘Chainbreakers,’ a bi-monthly night for female mechanics, and group events like Bike Month, dedicated to celebrating bike culture and empowering cyclists across the city. The shop is also open to members who pay a small fee—$30 for three months—to work on their own bikes. Local bike activist Paul Hammer describes it as the community’s “cultural center.” And John Martin? “He’s the hub of the wheel.”

On some afternoons during the summer, Martin’s co-op looked like a block party. Music filtered out from the open warehouse door onto the sidewalk where mechanics worked and hung out. First-time customers whizzed up and down Bradley Street under Martin’s watchful eye, trying out refurbished bikes.

All of this came about mostly by accident. In 2011, after a summer on his father’s farm in Westbrook, Connecticut, Martin took a job at an architecture firm in Boston, where he’d gone to college. After a few years, he got a call from home. His father needed help—not on the farm, but at the warehouse that had been in Martin’s family for three generations. His grandfather purchased it in 1964, and both grandfather and father used the space as the headquarters for their New Haven–based electrical business. Since his father’s retirement, the warehouse had filled with decades of detritus.

By 2014, the warehouse was costing more than his father could pay, so Martin moved back to New Haven to do something with the space—either clean it up enough to rent it out or start a small business of his own. It felt like the right time: He’d reached a plateau at work and recently gone through a tough breakup. He needed a change. And besides, he’d never turned down his father before.

“I spent the first six months just, like, cleaning,” Martin tells me as we stand in the warehouse. “Trips to the scrapyard, dumpster loads, a ton of recycling, selling stuff on eBay, reorganizing, consolidating. And we’re not done, you can see. There’s still a lot of stuff in there.” Only a few shelves have been reclaimed for the co-op’s tools; many still hold brightly colored bins filled with wires, switches, fuses, and everything else needed to keep the lights on. While cleaning up the warehouse, Martin started fixing friends’ bikes on the side, a skill he’d picked up in Boston. At one point, he thought: Why not let other people use the space to do the same? A proper bike shop felt outside his ken, but maybe something less profit-oriented and more community-focused would suit him. “It wasn’t a business idea,” he explains. “It was just a cool side project. But very quickly, it was, ‘Let’s take this and run with it.’”

One day before the shop first started up, Martin heard a knock at the door. He opened it to find Joel LaChance, a New Haven resident who’d been riding and fixing bikes in the city for forty years. LaChance had heard about the co-op through his insurance agent, whom Martin had contacted about purchasing coverage. A professional mechanic and former bike-shop owner himself, LaChance sought Martin out with the hope of giving him some guidance. New Haven has had various bike repair co-ops in the past, LaChance tells me. Most were funded through Dwight Hall at Yale. But the initiatives suffered from high turnover rates—student volunteers would graduate and move on without finding replacements. The Bradley Street Co-Op promised to be a more permanent fixture of the biking community. “There’s a need for affordable bike repair in New Haven,” LaChance says.

So he found Martin, and a friendship quickly blossomed. LaChance introduced Martin to Paul Hammer. Together, the three founded BEEEP!, or Bicycle Entrepreneurship, Education and Enrichment Programs, which launched the bicycle refurbishment initiative. The co-op has since absorbed BEEEP!, taking over the recycling program and its broader nonprofit mission: getting more people onto bikes in New Haven.

“Transportation is a civil rights issue,” Mayor Toni Harp announced at a public meeting in January 2014. “It’s an economic development issue. It’s a jobs issue.” The data agrees. A report produced by DataHaven that same year notes that “transportation is by far the most commonly reported barrier to getting a job.” Part of the problem is what the report calls “job-sprawl”: low-wage jobs gradually leaving downtown, which is fairly well-serviced by public transportation, and moving to wealthier suburbs like Hamden, which are public transportation dead zones. Over the last three decades, the proportion of residents in New Haven’s poorer neighborhoods—Fair Haven, Newhallville, and the Hill—who work outside of the city has nearly doubled, from 29 percent to 55 percent. What’s more, due to the racial makeup of these neighborhoods, the “spatial mismatch” between housing and jobs is particularly pronounced among workers of color.

That’s where bikes come in. The 2014 report found that in New Haven, more low-wage positions are accessible via bicycle than by public transportation. And compared to cars, bikes are much cheaper to purchase and maintain, especially if owners can do it themselves at a place like the co-op. According to the American Automobile Association, owning even a modest car costs, on average, seven thousand dollars a year. At the co-op, by contrast, you can purchase a used bike for a few hundred bucks.

Martin isn’t just selling bikes, though. He wants to teach people skills that they continue to use. “I think anyone who put the time in could become a pseudo bike-mechanic in a year. Which is pretty friggin’ awesome,” Martin tells me. He cites story after story of volunteers who, after working in the co-op, became so adept they could have gotten a job in a professional shop. Martin doesn’t claim any responsibility for their transformation. Rather, it’s about having the opportunity and resources to work on a range of different bikes.

That egalitarian vision breeds the co-op’s inclusivity. On one summer afternoon, the oldest mechanic was an immigrant from Mexico in his sixties. He can’t always pay the shop fee in cash, so instead, he brings new rags and WD-40 to replenish its supplies. The youngest mechanic was thirteen. I first met him after he flipped over the handlebars of his street bike onto the sidewalk in front of the co-op while trying to clear a jump made of two-by-fours. Since then, he’s taken to less death-defying pursuits: He volunteers almost every day, and when he can’t make it in, he calls Martin to let him know. (This habit comes from his mother, who says it’s good practice for when he has a job.) On another day at the co-op, I see him help a thirty-year-old man overhaul an old commuter bike.

It’s not all rosy, Martin tells me. Whenever a space tries to welcome everyone, tensions can arise. How does the atmosphere change when a ten-year old joins the co-op? How should Martin respond when a poor teenager starts stealing tools? What should he do when an older man from the neighborhood says something racially insensitive? Martin says these questions are always on his mind. He has no clear answers, but that doesn’t bother him. Searching for solutions—even trying to get close—is the only way to start making things better.

Besides, sometimes tension is useful. On a bike, tension is what allows you to shift from one gear to another, what makes the brakes work. One day in the shop, Martin tells me he thinks it’s inevitable that some people will feel uncomfortable in a place like this. Maybe that’s okay. Without tension, they could never ride. 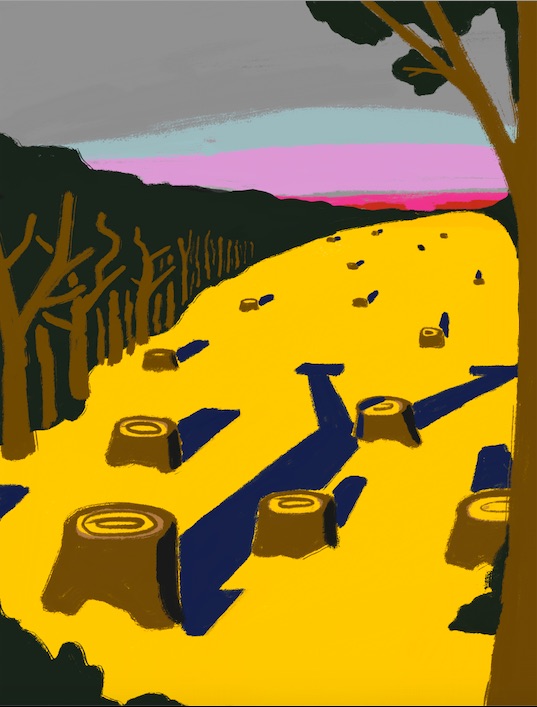