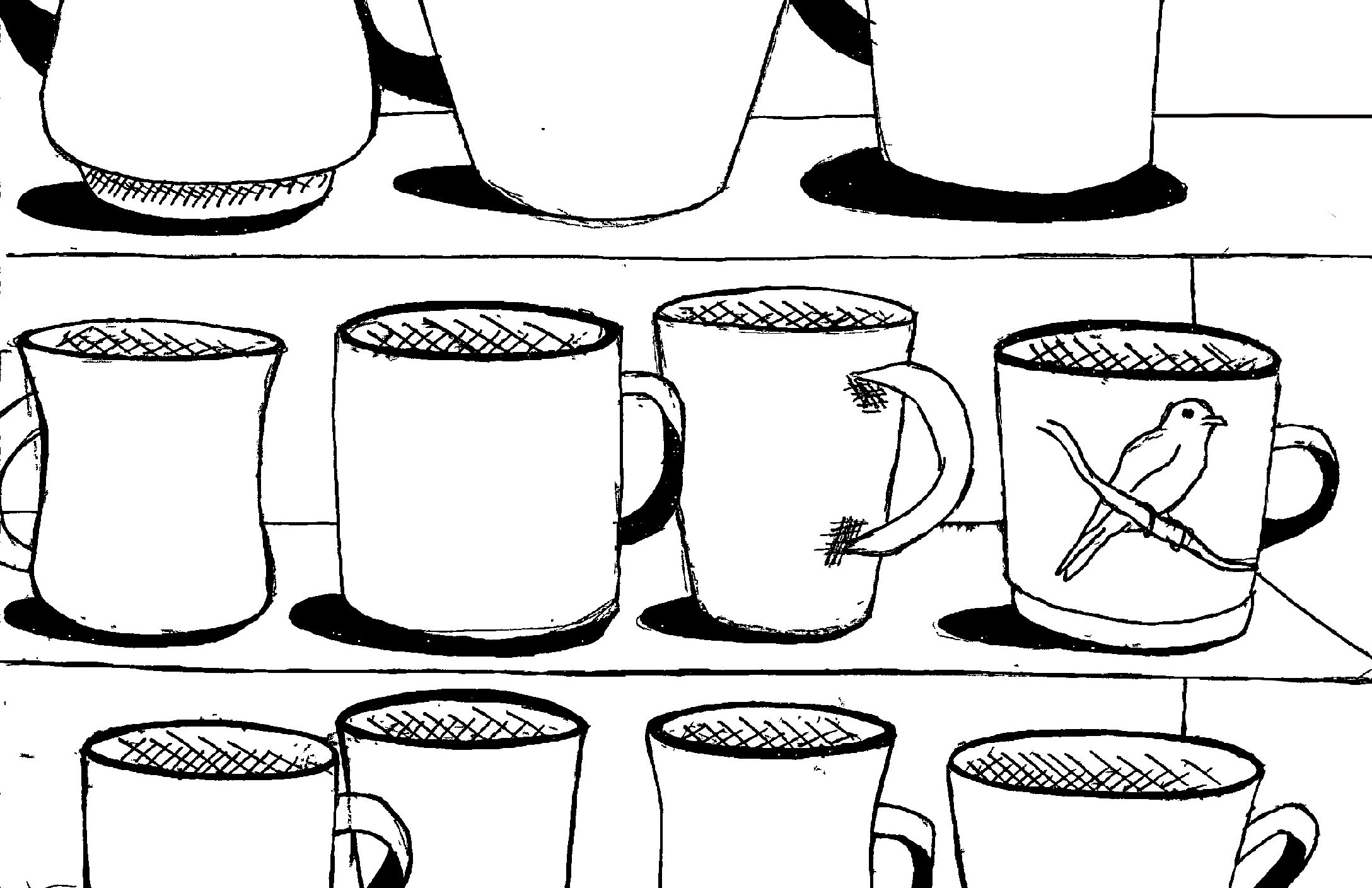 “Pick one that doesn’t say ‘Made in China,’ Mariah,” my mother says, the words clipped as usual, but drawn out by a Georgia drawl. (You wouldn’t think a drawl could be clipped, but my mother, in this as in so many things, defies expectations.) She always drawls when Grandmama visits. Actually, it doesn’t even take that much. Once when we were driving through acres and acres of some valley somewhere in Kentucky on some black November night, the only light coming from the GPS, she turned on the radio and heard a few chords of country music (just the guitar, not even anyone singing), and when she spoke next, she could’ve been eighteen again. She could’ve never left Bostwick, population 372 plus cows, best known for its annual cotton gin festival and as the town where they filmed My Cousin Vinny. I can’t even remember what she said. I just know she spoke with the full weight of the American South, and it echoed in the silence of that Kentucky road as we drove in the dark towards Nashville.

But today we’re not in the South. We’re in a TJ Maxx in suburban New Jersey, surrounded by discounted Michael Kors bags and overeager Thanksgiving decorations. Grandmama’s staying with us. It’s the last time she’ll see me before I start college, and I’m supposed to choose a mug.

Most of them do, in fact, say “Made in China,” which my mother — who at heart is both an isolationist and a socialist, though with enough common sense to vote for Hillary — vetoes. Grandmama, who will later vote for Trump, agrees with this decision. In the end, I choose one with “Made in Portugal” stamped on the bottom in a pixelated font. It’s unusually large and shallow, so it can be used for late-night cereal or Easy Mac as well as coffee or tea. It has a bluebird printed on it in a faux rustic design.

Mom grabs one of the same for herself in an uncharacteristic show of sentimentality. Grandmama pays, and as we’re walking through the parking lot she chastises herself for not getting one too. She debates going back, but in a show of dairy farm practicality and Southern unflappability, decides against it—she doesn’t need another mug. Therefore, what could have been an intergenerational symbol of female familial ties doesn’t quite materialize: the circle is broken, the edges can’t hold.

I take the mug with me to Yale and drink shitty dorm coffee out of it. It is the first piece of kitchenware that belongs, specifically, to me, which I don’t think about until junior year, when I move into an apartment off campus with two friends. We all pool dishes we’ve cribbed off our parents: Molly a frying pan, Harrison a bread knife. The bluebird mug becomes one of many, lost among the shatterproofs from Target and the sandy clay ones from my mom. I still think of the bird mug as mine only, though. Not in a territorial way — it just always has been.

But, like everything else in our kitchen, it’s absorbed into the communal sprawl soon enough. We’re bad about doing our dishes. Mugs are always scarce. So it’s not surprising, one day, when I walk past Harrison’s room and see the bird mug perched next to his bed. It’s half full of the lemon-honey-cayenne sludge we’ve all been drinking lately to ward off a cold. His bed is unmade; there’s a chalk drawing of his grandmother leaning against a wall. I feel like I’m spying. The mug might be mine, but the context is not.

I don’t know why seeing the mug in Harrison’s room makes me sad, but it does. It makes me think of how Harrison doesn’t know the history of the mug and Mom and Grandmama don’t know the history of Harrison, and I could try and explain each to the other, but at a certain point none of it would matter because I’m past the point where anyone can know my whole life story. I think about the life I’m living now — Yale and Connecticut and art major roommates and drinking until I throw up on weekends and writing stories about secular angels in classes taught by famous novelists — and how it isn’t anything (anything!) my grandmother would recognize. My mom can imagine it, but that’s all: she can imagine. Everything is fragmented. Nothing is whole.

Here’s a way to drive yourself crazy: if your middle school self had braces and zits and an anime phase, but none of your college friends were around to see it, does it make a sound? Let’s try another one. If I met my grandmother when she was my age, a history major at the University of Georgia who transferred after she found the Baptist college too morally loose for her tastes (did she prefer sin out in the open, where she could judge it? I guess that’s better than hypocrisy), would we have hated each other? Surely we couldn’t have been friends. Or maybe this is my own failure of imagination: I cannot construct for myself any version of Grandmama’s inner life. If I try (and I admit, I rarely try) I end up banging my head against a metaphorical wall—one somehow shaped like both a Bible and a piece of fried cube steak.

And then what about my mom? If I try to write about her she’ll overwhelm this essay. If I try to write about her, then I’ll be writing about everything, because everything I write is at least a little bit about her, because her young adulthood should have looked a lot more like mine and her life is the story of the many reasons why it didn’t. Most of the reasons can be traced to growing up in a small town before the Internet. What prevented her from leaving Georgia more intentionally, from studying English or film or spending her twenties meandering through a career without a husband or kids, was not so much any particular hardship as the stunted imagination that flourishes in small towns like Bostwick. I wonder if she ever uses her bluebird mug. If she does, I haven’t seen it.

I think about who I would have been if my parents had stayed in rural Georgia. We could’ve lived down the road from the white farmhouse where my mother and several generations before her grew up. I could’ve grown up there too: playing with the feral cats in the disused milking barn, chasing lizards and killing fire ants, picking figs off Grandmama’s monstrous fig tree and reading in the shadow of the ruined grain silo. I don’t recognize this other Mariah. (At the very least, she bleaches her hair). I wonder if she would have ended up where and who I am all the same, or if — as I suspect — she’s another fragment, the product of a speciation event that took place long before I was born, a case of evolution most divergent. Maybe she’d have a whole flock of bird mugs and a sign in her room that says ‘Live Love Laugh.’ Or maybe I’m being an elitist prick.

I just think we’re all split at some kind of root. And as I sit in our art-filled living room, courtesy of Molly, mostly, with its craggy wood floors and dim yellow boob-shaped ceiling light, the woven coasters Harrison bought in Mexico and the thirty dollar Japanese dish towel I bought in Los Angeles resplendent on the table, sipping coffee out of the bluebird mug, trying to write this essay, the only thing I know for sure is that I’m putting more weight on this poor mass-produced piece of ceramic than it can bear. It’s a wonder it doesn’t shatter.

— Mariah Kreutter is a junior in Berkeley College.