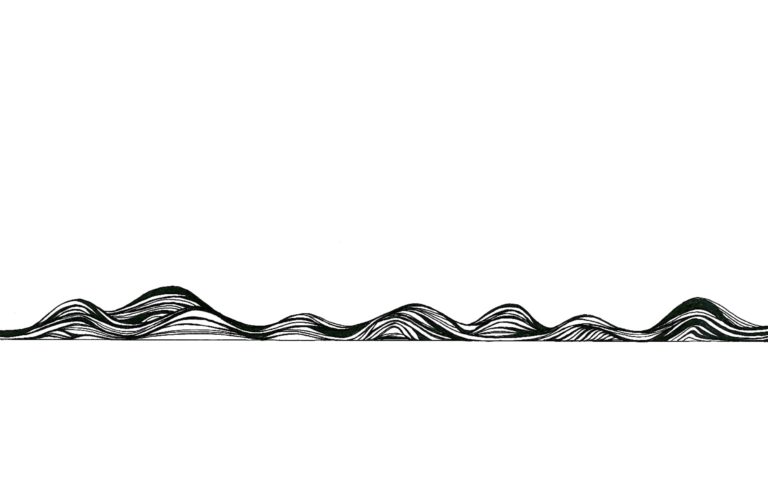 “This house is 115 years old,” Sal DeCola said as he guided me into a bright sunroom overlooking deep blue waters. It was one o’clock in the afternoon, clear skies, and low tide. We stood in DeCola’s home in Morris Cove, a neighborhood on the east bank of New Haven Harbor that he represents as an alder. The waves pushed up against a dark concrete barrier extending below the other dozen houses along the beach. DeCola patted the wall of the house and grinned widely. “It made it through the great storm of ’38, and all of the other ones in between to Sandy.”

Not all of Morris Cove has fared well in foul weather. “When it floods, water runs along Lighthouse Road and Townsend Avenue,” DeCola said, holding out a map of the Morris Cove ward. He pointed inland from the shore, gesturing toward the center of the neighborhood. “And then there’s Dean Street—used to get so bad you could row a rowboat up Dean Street.”

In Fair Haven, just north of Morris Cove, historic sections of the neighborhood regularly flood during heavy thunderstorms. Places near the Mill River, like Criscuolo Park, are especially at risk. “My friends brought their kids to the playground, and water was covering the whole area—a whole foot of water,” Chris Ozyck, a resident of Fair Haven, told me. “The playground was built just last year.” Other floods have blocked off some of Fair Haven’s nine points of entry, Ozyck said, forcing vehicles to take longer routes.

Hurricanes along the Connecticut seaboard cause storm surges—temporary rises in sea level—in the Sound. The worst flooding occurs when they coincide with high tide. New Haven dodged a bullet during Hurricane Sandy: the peak storm surge happened just two hours before high tide. “Had Sandy arrived two hours later, we would have had an extra two feet of water.” recalled Giovanni Zinn, head of the city engineering department. “We would have been in really deep trouble.”

For coastal communities like New Haven, flooding is the most urgent threat of climate change. Rising sea levels and increased rain and snowfall overload drainage systems, especially in places at low elevation. In 2016, residents and more than thirty coalition groups concerned about climate change petitioned Mayor Toni Harp for the city to update its 2004 Climate Action Plan, which focused only on curbing greenhouse gas emissions. In January 2018, the city adopted a much broader plan called the New Haven Climate & Sustainability Framework. Over thirty residents and stakeholders participated in six focus groups—on electric power, buildings, transportation, materials management, land use and green infrastructure, and food—that worked to address climate change and other sustainability challenges facing the city.

While the plan doesn’t enforce policy changes or increase government funding, it provides a wide-ranging set of recommendations. The authors advised the city to adopt a tax or ban on single-use plastic items, hire an energy expert, and implement a new ordinance to incorporate green building practices. The document also details ways residents can contribute, such as riding mass transit and decreasing outdoor water use. “It’s not just a plan for what municipalities should do,” Zinn said. “It’s really a plan for what the community at large can do.”

Like the 2004 plan, which was partly spurred by the U.S.’s decision to back out of negotiations on the Kyoto Protocol in 2001, New Haven’s 2018 plan responds to federal environmental policy—in particular, President Trump’s decision to back out of the Paris Agreement. “Municipalities and state governments need to, and—in some cases—are stepping up,” Justin Elicker told me during a meeting at Yale’s Kroon Hall, where the School of Forestry & Environmental Studies is headquartered. Elicker served on the Board of Alders from 2009 to 2013. For the past five years, he directed the New Haven Land Trust. In mid-January, he entered the 2019 mayoral race with environmental concerns as a key plank of his platform.

“Had Sandy arrived two hours later, we would have had an extra two feet of water,” Zinn said. “We would have been in really deep trouble.”

So far, the framework has inspired some action. Over two hundred bioswales have been installed in the regions of downtown sloped towards the water, which are most prone to flooding. These colorful three-by-five foot patches of sidewalk, filled with clusters of flowers and green grass, filter stormwater and reduce the rate at which it enters the sewer system. Additionally, with an $8 million state grant, the Long Wharf and East Shore neighborhoods are each establishing “living shorelines,” which combine intertidal marshes and rock sills to reinforce the fragile coast.

But some residents and groups expected more from the city’s new plan. “It’s not just a ‘report,’” said Chris Schweitzer. “It’s meant to be implemented.” Schweitzer is a local environmental activist and lead organizer of the New Haven Climate Movement, a grassroots organization that strives to raise awareness about climate change and call residents to action. When I met with him in mid-November, snow was falling fast outside. “Even this amount of precipitation, this early on in the year, is abnormal,” he noted. According to the National Oceanic and Atmospheric Administration, annual precipitation in New Haven has consistently exceeded the national average since the nineteen-eighties. From 2010 to 2014, Connecticut experienced a higher number of extreme precipitation events — defined as storms with over two inches of rainfall — than it had in any five-year period since NOAA began recording state data in the nineteen-fifties.

Schweitzer believes the city’s current efforts are only a start. “I don’t have a problem with bioswales—they’re great things,” he said. “But we need to have an equally robust response to greenhouse gases.” The framework includes an interim goal of reducing the city’s greenhouse gas emissions to 55 percent of 1999 levels by 2030. The city will need to enact aggressive policies to meet this goal. Money is a limiting factor. Installing smart electricity meters in buildings, expanding sidewalk infrastructure, creating a revolving fund in the city budget for energy efficiency projects—each suggestion requires significant funding. Although bioswales in New Haven cost only $15,000—half the cost in New York City—even relatively small expenditures are a burden for a city $1.5 billion in debt.

“A lot of it is waiting for disaster to happen, then funding happens—a somewhat reactionary of looking at it,” said Zinn, the city engineer. The floodgates at the dam of Morris Cove account for sea level rises of only thirteen feet. If the tides rise higher, the neighborhood could flood. Just last year, a seawall collapsed in Quinnipiac River Park at the eastern edge of Fair Haven. The area subsequently flooded.

Elicker has several ideas about how the city could better address climate change. Encouraging Yale to pay money into the CTtransit system instead of maintaining its own shuttle system could eliminate a redundant transportation system and increase overall ridership. Elicker sees this as an environmental issue on top of a social justice issue. “It’s unethical that you have Yale shuttle, that brings all of the Yale-affiliated people to their destination.” said Elicker. “And then overlapping many of those routes is CTtransit, which is for everyone else.” Establishing internal carbon taxes, which charge departments based on their monthly carbon emissions, could incentivize municipal departments. Elicker also points out that New Haven could join cities throughout the country, from Ann Arbor to New London, CT, which are divesting from fossil fuels.

As a climate activist, Schweitzer said he is frustrated by the general lack of awareness and participation by the community. In September, 350 CT, the New Haven Climate Movement, and other Connecticut environmental organizations held a climate rally on the Green to demand environmental justice and renewable energy. “There were 250 people total at the event.” Schweitzer shook his head. “250 people, 2018. Do people not get it?”

Elicker acknowledges Schweitzer’s frustration, but also recognizes that “people are worried about putting food on the table, getting a job, crime in their neighborhoods, and climate change is not on the forefront of their mind as an issue.” Still, he says, climate change is “the crisis of our time,” and city officials “need to play a leadership role in thinking both short-term and long-term.”

As our meeting ended, Elicker showed me a map published by the Nature Conservancy, a national environmental nonprofit, projecting future sea levels for New Haven in 2080. On the map, dark blue, light blue, and lighter blue-green pixels scatter along the coastline and spill over the banks of the city’s rivers. The darker the shade, the higher the flooding levels estimated for that area. Long Wharf, Union Station, and IKEA are under light or medium blue. English Station, the old power plant, is dark blue—gone. Across New Haven Harbor, Tweed Airport, Morris Cove, and Fort Hale Park are also under a layer of dark blue, as are the Port of New Haven’s petroleum tanks, the city’s wastewater treatment plant, and Route 1, all east of Downtown. Consequences of a storm event in that area could be catastrophic. “The amount of pollution that would go into the harbor…” Elicker’s voice trailed off.

In Morris Cove, DeCola and I stepped outside onto the porch for a better look at the waters. He took a deep breath of air and sighed. “It’s beautiful when the sun is shining, and the wind is blowing the boats,” he said. So far, the residents that live in houses along the cove have been lucky: the storms that have threatened in the past haven’t coincided with high tide. Although disaster prevention measures, like seawalls, may keep the city dry for now, New Haven and other coastal cities around the world are depending on large-scale emissions reductions to stay afloat. Below us, the waves gently lap against the concrete wall. As DeCola reminds me, “It’s all about the timing.”

— Sarah Adams is a junior in Morse College.