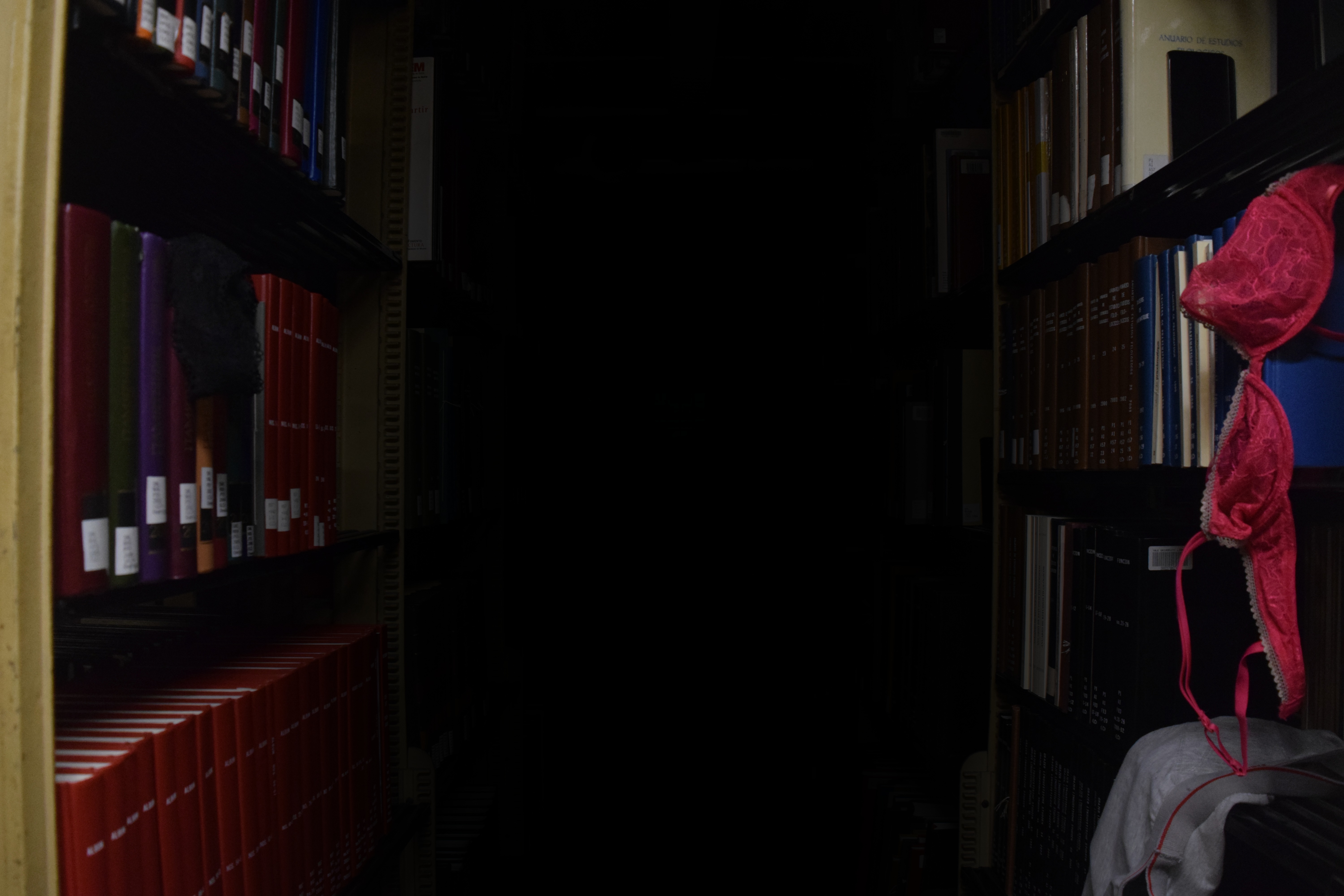 SEX IN THE STACKS

Some students go to Sterling Memorial Library’s stacks to study. Others, not so much.

I’m sentimental. I like to collect things. I take shells from the beach. I have every bus pass from high school saved, their weary magnetic stripes and all. As a first-semester senior, my daily excursions into New Haven are constantly intruded upon by the emerging nostalgia I feel for places I am on the cusp of leaving. Once annoyed by the weekly email advertising Brick Oven’s Sunday Special in searing and enlarged Helvetica, I recently felt a wave of panic that I had yet to try their fifty percent off Large One-Topping Pizza. My time is running out. What about apple picking? A trip to Lighthouse Point? Or, sex in the stacks?

Having sex in the stacks of Sterling Memorial Library has long been a canonical bucket list item for Yalies, an “almost mythical” albeit “known” thing Yalies do, according to Jasper*, a senior who was recommended the excursion during their first year. The opportunity presented itself spontaneously during a Grindr date, and Jasper thought, “Why not do it?”

For Calvin*, a graduate from the class of 2018, the experience was diligently pre-planned. Calvin visited the library in the days before to get a sense of which floors were less frequented, and decided on a time when most other students were attending classes. “My partner and I wanted to experiment with public sex, and the stacks seemed like the most obvious choice.”

What, then, about the stacks makes it a staple location for Yalies’ sexual escapades? The appeal is in part linked to the prestige, seriousness, and modesty of Sterling, and the comical intrusion of sex into that space. Modeled as an “ecclesiastical metaphor” in the words of architectural historian Margaret M. Grubiak, the space is fitted with a vaulted nave, stained glass, and an altarpiece mural greeting every student as they venture into the stacks. The stacks themselves are of course less ornate: rows of library-bound books in uniform demure shades, patches of stippled light and dark, and a general cold aura from the white brick and tawny shelving. “Would I? Definitely,” one anonymous student wrote. “Maybe it’s the English major in me, but doing something illicit in a hallowed space of scholarship is pretty hot. To be fair though, Starr would be much more picturesque.”

The experience is not just alluring because it is illicit. It’s also democratic.

Reviews on the quality of the experience are varied. For Jasper, the novelty of the experience exceeded the quality of the sex itself. Still, they are glad to have had the opportunity, and they find the tradition amusing, having “seen some things” during their campus job in the library. “It is definitely full circle.” They paused to laugh. “From participant to spectator…I’m a voyeur!”

Speaking to Jasper made me wonder where I fell in the cycle. Would I be content to graduate without partaking? Likely not. The candor, humor, and sentimentality with which students spoke of their sexual experiences exemplified some of the best qualities of Yale’s sexual culture. According to Jasper, it’s part and parcel of Yale as a generally “very sex-centered, sex-positive place,” which is perhaps why this aspect of the Yale experience persists in the student body’s cultural memory. It would be a shame, I realized, to graduate without my own excursion among the carrels and the rows of deserted carts, to leave the fluorescent lights buzzing over nothing but dust and cellulose rot.

*All names marked with an asterisk are pseudonyms.

Hailey Andrews is a senior in Pierson College and a former Managing Editor of The New Journal.