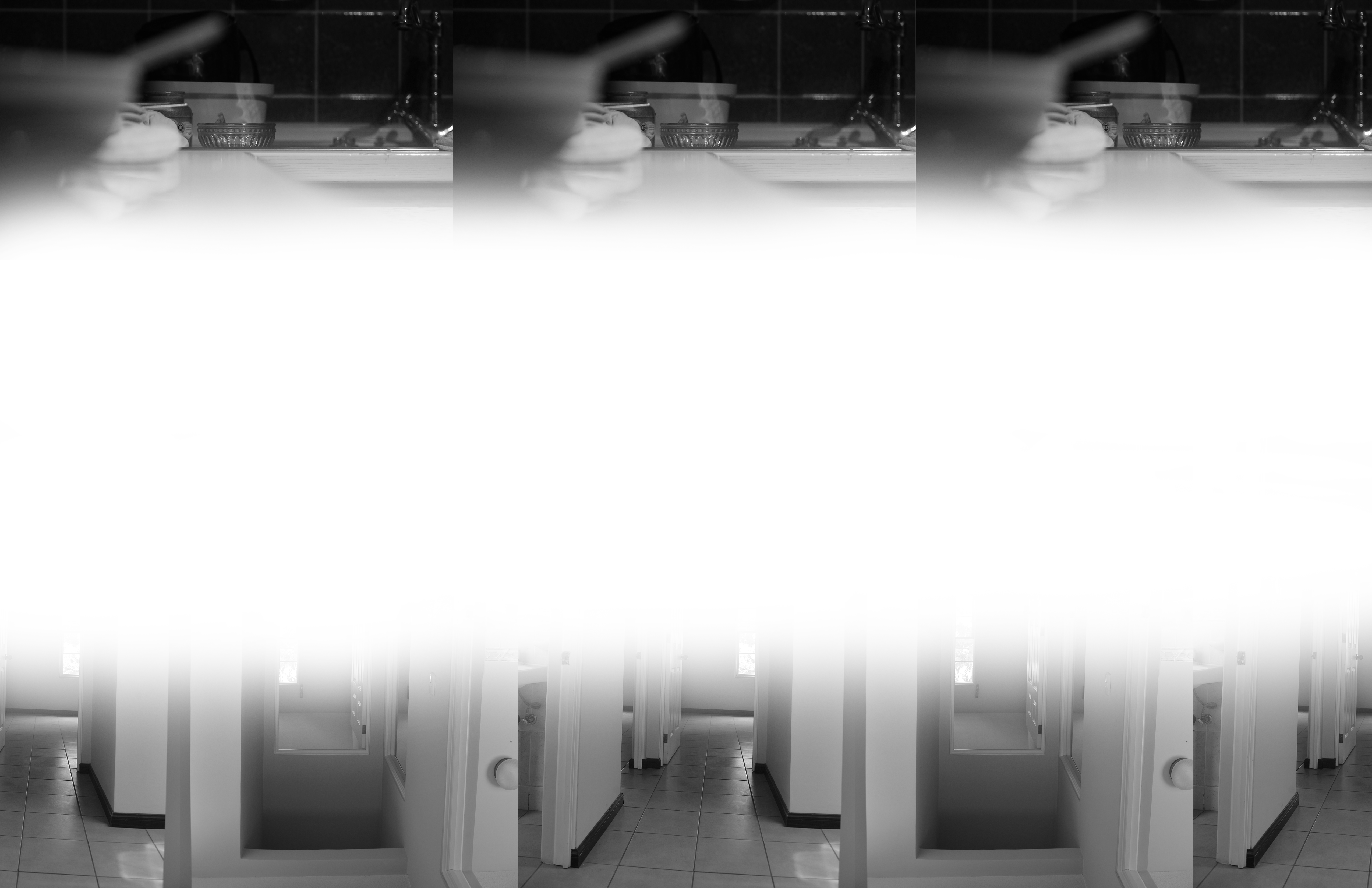 WHEN A VIRUS CALLS

“It’s calling from inside the house.”

Tonight is my turn to use the kitchen, so I’ve got the place to myself. No one else is allowed in. I could strip naked if I liked, pick my nose, smoke—whatever people do when they know they won’t be seen. But instead I’m standing at the sink, doing the dishes. It’s six o’clock in the evening, and I’m wearing a mask.

It’s an N95, white and surgical, the kind that makes you feel like your mouth has gone camping in a tent. My mom knows someone who knows someone who works at the hospital, and they had some extras in storage. It’s much better than those awful cloth masks that irritate my skin and cause fat-tomato pimples to ripen on the tip of my nose—good thing no one will get a chance to notice them. The only people I see anyway are the man at the deli who smears cream cheese on my bagel, and the guy with the lip ring who sells me weed from the front seat of his beat-up Toyota. And as long as I wear my N95, I’m protected from their stares.

The sky is bruised purple and black. The tree in our backyard clutches its last leaves. It’s early November, and, despite the chill, I’ve thrown open all the windows in the kitchen and the living room. The house is hushed, like places that are empty but shouldn’t be—a deserted football stadium, or a classroom after school has closed. The wide, pink tiles are cold beneath my feet. My kitchen feels like a morgue.

Upstairs my mom has started coughing again; she’s been at it all day. Coughing is okay, so long as her lips don’t turn blue. As I watch the water gurgle through a damp plug of food in the drain, I meditate on some numbers. 237,000, as of today—that number’s big, too big to really worry about. 2 percent—a shittier number, 1/50. I don’t want to think about it for too long. I remind myself that the 2 percent includes seniors, really old people, people with acrylic teeth and titanium knees. But how far away is my mom from them, really? She’s 55—ten years from 65, twenty years from 75. Back in May, when The New York Times published a list of the dead on the front page, the very first person was 57 years old. I know of someone who died at 54, the mother of a friend from high school. A single cough strikes overhead like a clap of thunder.

I stuff my ears with headphones and crank the music real high, until it’s the only thing I can hear. For a moment I feel more cheerful, but then I realize I’ve been singing out loud, and I quickly shut it off. I shouldn’t be opening my mouth at all, let alone singing—spraying invisible droplets across the shared eating space like shrapnel shells. This is how the virus spreads: through an accidental laugh, through tears and yawns. Through the lyrics of a Frank Ocean song, sung with abandon.

My dad got it first, a single line of bold text on a piece of paper: POSITIVE. So he isolated in his room and my mom slept on a cot in the guest room, jamming a thermometer in her mouth over and over until the digits took up the whole screen. Then I started to feel unsteady, flattened, like an elephant had sat on me in the night. So I got shut away too. My brother went to sleep in my sister’s room, the two of them in one bed. We divided up the day into shifts: thirty minutes apiece for the kitchen—breakfast, lunch, and dinner. Disinfect the bathroom after every use. Don’t linger in hallways. Wear a mask in communal spaces.

It felt like a betrayal, a breach of the unspoken arrangement we’d made with the virus. The streets are yours, we conceded, but the home is sacred: our last and safest haven. But the virus reneged on the deal. The invisible assailants had slipped through the gates of Troy, hiding in my dad’s nasal passage. This was a forced entry, a home invasion—“Jill, we’ve traced the call. It’s coming from inside the house!”

Yesterday I woke up to find a piece of paper slipped under my door. It was a picture of my mom, her hair tucked in a bun and held together with a thermometer. She was smiling and giving a thumbs-up to the camera; in the background, her cot was a mess of rumpled sheets, used tissues and cough drops. Below the picture she’d written: Feeling pretty good today! I think I might take a walk around the room, get some exercise. 7/10. Later I heard her footsteps outside, and another slip of paper came under the door. The walk was a bad idea. Now I’m dizzy and my stomach hurts. 3/10. The next day the notes stopped coming. I ripped out a piece of notebook paper and jotted down: How’s your stomach? She responded with a text. Don’t worry about me, doing fine!

The dishes are done, the counters disinfected. I head upstairs to my room and flop down on my bed. I’m suffering from a symptom of the virus that doesn’t appear on the WebMD page: skin-hunger. I haven’t seen another person in six days. I haven’t touched anyone in much longer, probably weeks. I’m starting to learn that our muscles need touch the way they need protein.

My stomach gives a lurch of hunger. Nothing to do but wait for morning, when my turn for the kitchen comes around again.

Jesse Goodman is a junior in Berkeley College and an Associate Editor of The New Journal.