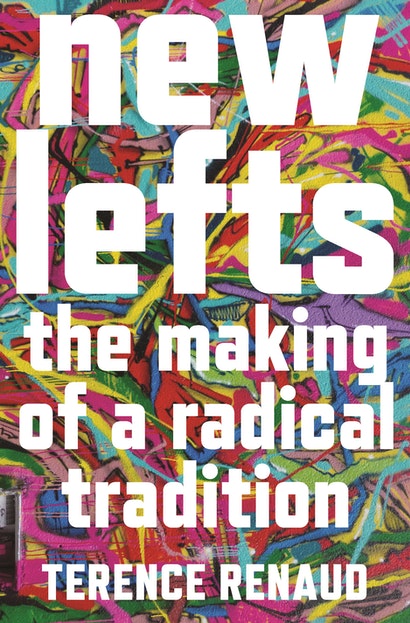 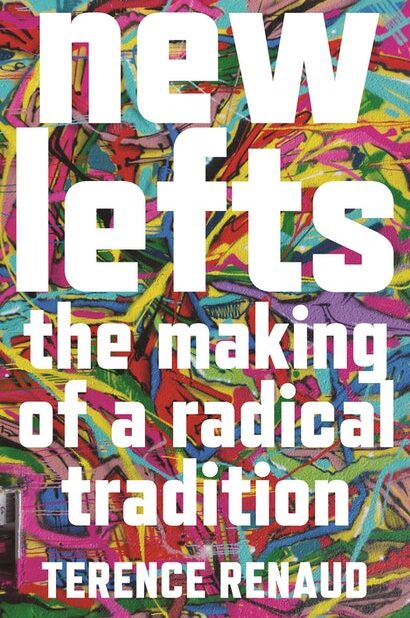 Lessons from a Fractured Legacy

Caleb Maupin occupies a strange position in the leftist online mediascape. A journalist, author, and self-described “political analyst” with clear authoritarian sympathies, his work has drawn accusations of anti-Semitism, transphobia, racism, and other forms of bigotry, rendering him an undesirable representation of the Left.  His most recent work, which one might generously call ‘investigative,’ claims to uncover CIA connections among leftist Internet personalities and only attempts to sow further discord. Maupin and other mud-slingers like him within the so-called “online left” are thorny obstacles in the milieu’s ongoing struggle to draw lines of solidarity. Calls for unity occasionally surface amid this sea of discord. Yet for all their urgency, they ring hollow so long as their subject—the online forum—is divorced from real organizational forms, like those that characterized the twentieth century Left. If the Left must live up to its twentieth-century legacy through unity, that legacy first has to be understood in a way that rejects nostalgia.

Rather than cling to illusions of unity, Terence Renaud—a lecturer in the Humanities and member of Directed Studies faculty at Yale—pushes his audience to tune into the discord that has always fractured the international Left. New Lefts: The Making of a Radical Tradition charts a “third strain” of twentieth-century European ideological history, which stakes its place between the mid-century collapse and restabilization of capitalism on one end and the rise of Soviet Communist hegemony on the other. This third strain finds its character in a myriad of small organizations, through both their commitment to radical internal democracy and intergenerational conflict.

Renaud’s “New Lefts” ebb and flow across generations. The antifascist block in nineteen-thirties Germany gave way to the postwar transition to Social Democracy in the fifties, and then to the countercultural fervor of the sixties. Though “neoleftists”—a term coined by Renaud to refer to fringe heterodox Marxists—adopted tactics ranging from clandestine conspiracy to radical faceless democracy, their overarching goal always was to overcome the inactivity of existing working-class political institutions and their partisan squabbles—to break, in Renaud’s words, “bureaucratic sclerosis.”

Renaud avoids inundating the reader with the names and histories of so many leftist organizations, instead grounding the beginning of his narrative through the ideological development of one Hungarian Marxist, Georg Luk ács. By charting the life of this chief intellectual protagonist—from his tutelage under the social scientist Ervin Szabo, to his brief stint as a commissar in the Hungarian Soviet Republic, to his loyalty to the Communist International—Renaud renders accessible central theoretical debates on the Left and provides a blueprint for the story of neoleftists after Lukács. Like young neoleftists to come, Lukács obsessed over the authenticity of movements once they had solidified into partisan bureaucracies. Renaud makes a great choice in using Lukács’ life to display the heterogeneity of leftist ideology, even in an age of mounting Soviet paternalism.

Renaud leaves Lukács behind after the initial chapters to confront his real subject matter: small left-wing organizations throughout the long twentieth century. Renaud finds plenty of room to navigate narrative themes of newness, intergenerational conflict, and radical experimentation through the history of the Org, an underground syndicate of Marxist intellectuals and working-class organizers. The Org’s initial strategic preoccupation with overcoming squabbles between Communists and Social Democrats highlights the way opposing forces within the Left motivated new organizational projects. Its eventual co-optation by rebellious students embodies the intergenerational conflict that drives Renaud’s history. Its tactical overhaul from a system of conspiratorial cells into a decentralized antifascist network demonstrates the kind of organizational fluidity throughout history that interests Renaud. Even the Org’s change in moniker to New Beginning operates as an endearing thematic callback to youth and rejuvenation. The fact that such a cogent historical argument emerges from materials so sparsely translated and arranged for an English-speaking audience is a testament to Renaud’s skill as a historian.

From the Left Book Club in London, to the Italian emigres of Justice and Liberty, to the Catalan Workers and Peasants’ Bloc, plenty of other neoleftist organizations and their members also abound in the early half of Renaud’s narrative. Their relevance to the plot, however, often depends on their engagement with the antifascist front in Spain and their relationship with New Beginning once in exile. Beyond that, they hang like loose narrative threads. Renaud also limits his engagement with the subject of imperialism, which appears only as an occasional reference in later segments of the book without much contextualization or examination.

When he does manage to spin the transnational web together, however, Renaud proves remarkably effective. His treatment of the Spanish front offers a potent setting through which to examine leftist youth’s estrangement from the Stalinist project, once again forcing our attention towards intergenerational tensions while seamlessly integrating Spain into a historiographical perspective largely focused on Germany. As we look at the interwar years through Renaud’s neoleftist lens, the Molotov-Ribbentrop Pact becomes a climactic betrayal, the culmination of a gradual crescendo of aggressive Soviet policies against leftists abroad. New Lefts, through its biographical purview, renders bare the stakes of discord within the ranks of the workers’ movement.

And yet a bittersweetness hangs over the narrative. Renaud’s emphasis on German “New Lefts” lends itself to a depressing transnational narrative of impotence and co-optation in exile. Nazism’s rise to power inevitably scattered small leftist projects to the wind, forcing their members to demonstrate remarkable ingenuity in maintaining international and often illegal connections. The same precarities of refugee status that spurred such ingenuity, however, also pressured fringe neoleftists to align with bourgeois democracies against fascism. Renaud inevitably tracks how interwar antifascists abandoned aspirations of grassroots revolution in Germany and segued their positions into populist Social Democracy. The narrative encourages us to appreciate the agency with which former radicals set aside their aspirations, and yet at no point can its author outrun the conclusion that, by the turn of the sixties, Marxism as a driving political doctrine had more or less died out.

Nor did the zeitgeist of the sixties unambiguously redeem twentieth-century leftism. Renaud’s nuanced telling of the sixties details the exhilarating revival of antifascist methods and rhetoric by youth retaliating against the new technocracy of post-industrial capitalism. But it also captures the dissonance between bourgeois students of the New Left and the workers with whom they politically aligned themselves. The same spontaneity and intentional refusal to centralize that characterized the sixties’ uprisings also proved politically ineffective, despite their cultural significance. Renaud goes so far as to lean into neoleftism’s ephemerality as an ironic component of a political process that strives to build tomorrow’s utopia through today’s practices. Neoleftists tried, failed, and tried again in a seemingly endless quest to remain forever young, authentic, and true to their utopian aspirations.

For Renaud, that irony is the point of neoleftist history and the driving force behind his narrative. But, as a reader, I found myself wishing  for his narrative to offer a clearer resolution. In avoiding narrative contrivance, Renaud must contend with the weakened state of today’s Left, preoccupied as it often is by cultural concerns with little organizational content. Renaud attempts in his epilogue to find a 21st-century American thread in the Occupy movement, Black Lives Matter (BLM), and recent electoral interest in democratic socialism among young people. Nevertheless, even these phenomena became defanged in faux cultural disputes. The culture wars of today’s online Left seem very much an unfortunate inheritance of the sixties New Left, and a distraction from the material stakes that preoccupied the neoleftists of the antifascist years.

Through its novel intergenerational scope, New Lefts expands our understanding of the 20th-century left to include projects at the fringe of the workers’ movement. After reading, though, I found myself grappling with the question of where we go from here. The Occupy movement invited national ridicule before fizzling out. Despite Occupy’s subtler legacy in activist and electoral circles, few would so-publicly threaten Wall Street’s fiscal supremacy until the Gamestop stock surge earlier last year—an effort spearheaded by capitalistic Reddit speculators. The material demands of the early BLM movement, rooted in police abolition and community control, would also give way in the public imagination to corporate “anti-racist” commitments that lent themselves easily to movement capture by cultural elites. This is not to say that cultural commitments mean nothing; we should challenge our comrades’ shortcomings. But preoccupation with cultural reforms rings especially hollow amid the dissonance between our circumstances and our discourse. I wonder if New Lefts in some way reveals where this dissonance came from.

Daniel Inojosa is a junior in Silliman College.