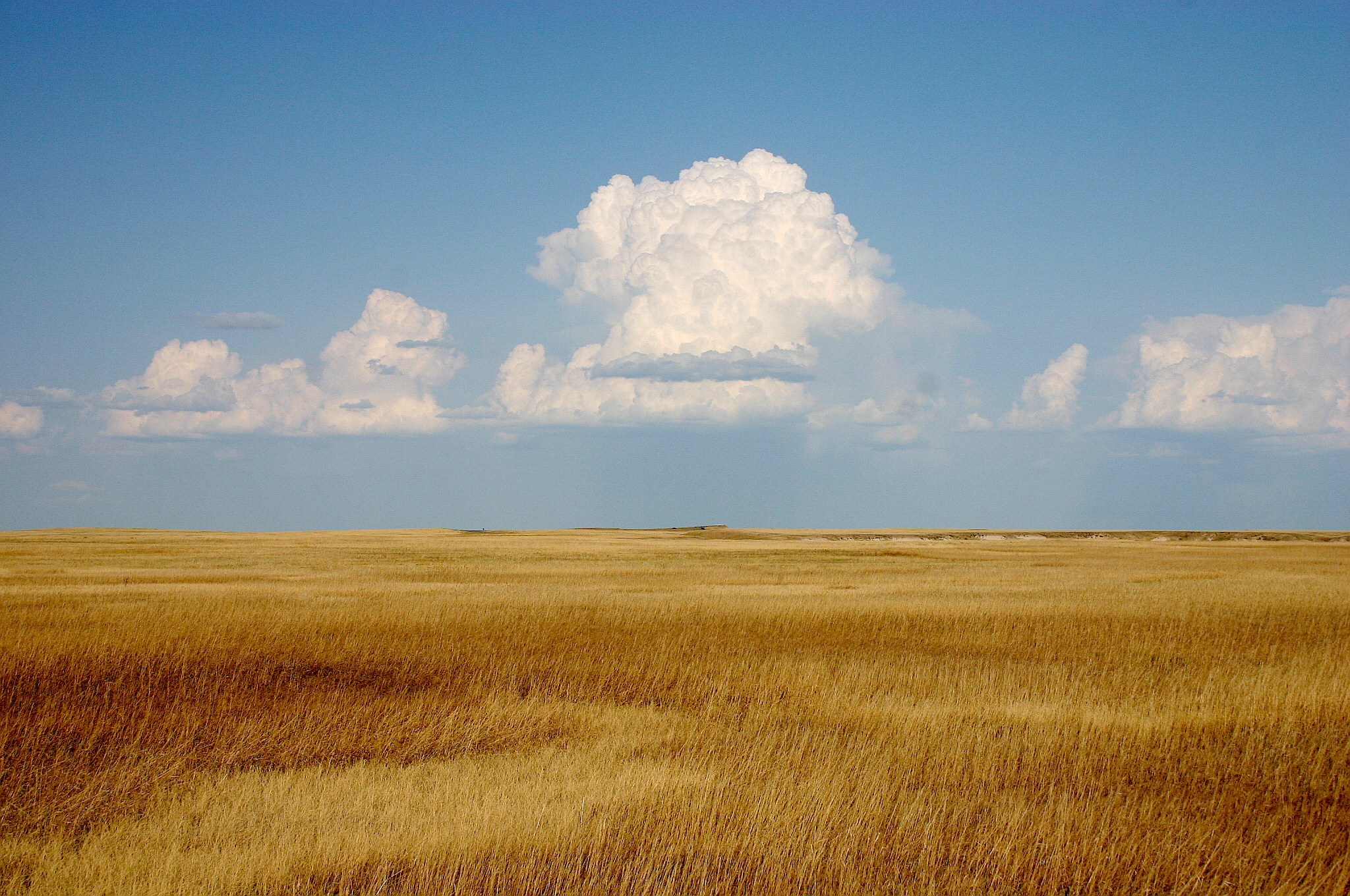 In elementary school, I was a nightmare library patron. Every two weeks, I checked out one of the Little House on the Prairie books and thumbed through its chapters until my greasy fingerprints dappled each page like mud tracks on a kitchen floor. Each book in the series bears the marks of my affection—the chapter of By the Shores of Silver Lake where Mary goes blind is puckered with my dried tears, and Farmer Boy features a fissure down the spine marking the location of my favorite colt-breaking scene. I wanted to live in this world in which young girls are important, where their everyday chores are as big as the whole world. Laura had it all: she filled her days with the most exciting activities that were also a boon to her family. There were endless situations in which to exercise her creativity, her tenacity. Even her simplest tasks were full of charm, whether she was drizzling syrup into hard candies on the snow, or leading a spindly legged pony to the stream. Planting things, uprooting things. Quotidian magic shined in every corner of Laura’s life. I read and reread her accounts of discovering patches of wild blackberries and exploring fecund coves on the plains. Her adventures and her resourcefulness sparked a sense of longing in me. It seemed her life was suffused with all the novelty that mine lacked.

Though I dreamed of raising piglets, sugaring off sap, and hunkering down through fearsome Wisconsin winters, there were no such opportunities on our suburban Pennsylvanian homestead. My hometown, growing off the edges of a turnpike, offered little in the way of adventure. Gas stations, fast food joints, and supermarkets clustered around the pike like pins on a magnet, while lush plains fluttered in my daydreams. My imagination filled in some gaps: telephone wires transformed into clotheslines, and the new-growth dogwoods became bulging maples ready for sapping. I could not, however, conjure acres of crops, and my mother’s perennially empty soil bed saddened me. Our little brush-cut lawn was too neat. I told my father to stop cutting our grass so that it could billow freely in the wind. He responded that, thanks both to biology and our development’s landscaping regulations, our grass could never grow as tall as the grass on the prairie. It was forever fettered to a manicured existence. I could sympathize. I told my father that there was not enough rugged glamor in this life for me, not enough mustangs or twenty-foot snowstorms. My Old Navy sweaters and khakis were suffocating me. I was born to be draped in calico and gingham.

My father—with his clean-shaven face and neat, professorial wardrobe—didn’t fit into my picture of a hardscrabble life on the American frontier, either. Instead of reading books by the TV, I wanted him to grow a full beard and oil muskets by the fire. I wished that he would, just once, stave off wildcats in the night instead of shooing away rabbits from the bushes. I mistook his gentleness for a lack of necessary vigor. But in his own way, my father entertained my fantasy. One July morning, he showed me that there were wild onions growing sporadically in the empty lot behind our house. We crouched down, observing how the clay-toned soil threw the onions’ emerald sprigs into relief. My father knew that I would delight in any opportunity to forage, to act out the enterprising nature I so admired in Laura. He offered to pay me ten cents per onion (ludicrously generous by eighteen-seventies standards), and I jumped at the offer. Every day that July, I scavenged for wild onions in the back lot. That summer was particularly dry, and heat relentlessly chased away the clouds and morning dew, baking the dirt of the lot into a leathery citrine. Only the most hardy tufts of grass and weeds survived––and, surprisingly, so did many wild onions, which flourished in otherwise barren patches.

My eyes sharpened. Soon enough, I could detect the wild onions’ slender bristles from a distance, even through the glare of the midday sun. Spotting one always brought the thrill of finding a clever hide-and-seek player. If these onions learned to tame their unruly cowlicks, I thought, they’d be imperceptible.

Upon finding an onion, I’d excise it carefully from the ground, never tugging its mane for fear of damaging my precious find. After trowelling around it, I’d remove it with a surrounding womb of earth, then finish by dusting it off with reverence. I always felt a little intoxicated by the sharp-sweet smell of a freshly unearthed onion fermenting in the heat. Granular beads of juice dripped from the skin, accentuating its luster and making it sticky to the touch. The bottom of the onion, where its slopes converged into a perfect point like the tip of a medieval helm, was my favorite.

My delight in finding onions never wavered. I imagined that the barren lot, home of my prairie fantasies, was once a rippling green plain now laid bare by a locust storm. And the miracles were believable: whenever it seemed I had exhausted the onion supply, I found that the weary earth somehow mustered the strength to graciously provide more.

One day, after harvesting a particularly bountiful crop, I squatted to detangle the onions’ knotted stems in the shade of the car in our driveway. Nearby was my mother’s small soil bed, which had been empty since she had attempted to cultivate basil there at the start of the summer. She planted the seeds and watered them diligently to no avail. Every day for a month, I watched her inspect the earth for signs of growth, but not even the smallest shoot emerged. I brushed it off. That, I thought, was life on the prairie. Not every crop had the fortitude of my wild onions.

As I untwisted and arranged my onions into neat three-by-three columns, I saw my father walk out of the house and approach the empty bed. He didn’t see me behind the car as he poked around the soil, examining it with a gentle bobbing of the head. I was curious; I thought only my mother nursed the fantasy that something might still sprout there.

But my father knelt gingerly beside the dirt and revealed a small pot, which had been nestled in the crook of his arm. I craned forward, convinced I was witnessing something secret. He pulled a miniature trowel from his pocket and dug a hole in the graveyard of my mother’s basil seeds. Tenderly and slowly, he extracted a tiny sprout from his pot and transplanted it. He muddled the mulch around the sprout, disguising its true identity, and threw the pot into the trashcan in the garage before hurrying back inside.

I watched all of this so intently that I didn’t realize my onions were frying on the pavement, their stems reduced to limp strings while their bulbs deflated like birthday balloons a week after the party. I took them back to the empty lot and left them in a row for animals to eat. I didn’t want to disappoint my father with low-quality produce. From the lot, I looked over to my house and saw my parents come outside. My father pointed at the bed, and they both doubled over, inspecting what I knew was the newly transplanted sprout. My mother sprang up, and her delighted voice rang out as she thrust her arms into a triumphant V above her head. I laughed to myself, knowing what she never would. She thought that the growth of her basil was a miracle. I decided not to tell her. I was content to turn back to my work, glancing up to see her silhouette moving in the heat, arms outstretched in victory like the stems of a wild onion. Only years later did I realize that the lot behind my house was completely barren after that summer—and that there were marks of my father’s affection that I didn’t see.

—Rachel Shin is a first-year in Silliman College.