Jazz Age Harlem holds a special place in the American popular
imagination. The words "Harlem Renaissance" conjure
up images of hip jazz clubs, stylish men and women strutting
their finest on Lenox Avenue, and an artistic scene exploding
with new black talent. Hot Harlem is no longer just a train ride
away, but those who missed it can still catch a glimpse by heading
for the silent sepulchre of Beinecke Library.
Beinecke may seem a bit of a let-down compared to the Harlem
of the 1920s: A studious hush replaces the tunes of ragtime,
suits are business, not zoot, and the place is more conducive
to tedious scholarship than artistic inspiration. But deep within
the vault lies the James Weldon Johnson Memorial Collection of
American Negro Arts and Letters, the world’s definitive collection
of manuscripts, papers, and archives for black writers of the
Harlem Renaissance and beyond.
Almost as fascinating as the collection itself is the story of
how the papers came to Yale. They arrived through the efforts
of a white man named Carl Van Vechten, a novelist, critic, photographer,
and patron of the arts. Van Vechten was a friend and patron of
many artists of the Harlem Renaissance, and his own works clued
a number of downtown whites into what was happening in uptown
Harlem. Van Vechten was also friends with many white artists
and intellectuals of the time and recognized the need to bridge
the gap between the two groups. He envisioned having some of
his black friends donate their papers and art to a predominantly
white school, and a corresponding number of his white friends
donate their works to a traditionally black school, in the hope
that their gifts would encourage racial understanding.
Van Vechten decided upon Fisk University as the black school
of choice, and then turned to the question of its white counterpart.
He had become involved with lily-white Yale while helping Gertrude
Stein donate her papers. The school impressed Van Vechten with
its strong collection, as well as its willingness to accept archival
materials in addition to manuscripts. In 1941, Van Vechten and
the widow of James Weldon Johnson, novelist, songwriter, and
the first black head of the NAACP, decided to donate Johnson’s
manuscripts, scrapbooks, correspondence, and photographs to Yale,
forming the core of the current collection. Soon after, Van Vechten
convinced Georgia O’Keeffe to donate a number of paintings that
had belonged to her husband Alfred Steiglitz-including works
by Pablo Picasso, Paul Cézanne, and O’Keeffe herself-to
Fisk University.
In the following years the Yale collection expanded, as author
Langston Hughes started to donate his papers in the 1950s and
left the remainder upon his death in 1967. Other major collections
followed, including those of author Richard Wright, Walter White,
the second black head of the NAACP, and Jean Toomer, of Cane
fame.
Meanwhile, the value of Fisk’s collection boomed with the rise
of modern art; today it is worth almost twice the University’s
$100 million endowment. Fisk is forbidden from selling any of
the collection but has recently taken to sending it on tour to
raise money for the school.
Van Vechten died in 1964. With the exception of the manuscripts
of his novels, which he left to the New York Public Library in
the 1930s, he gave all of his papers to Yale, as well as his
massive collection of original photographic prints and negatives,
which includes many of the major artistic figures, black and
white, of the 1930s and 1940s.
The James Weldon Johnson collection also includes scattered gems,
such as W.E.B. DuBois’s senior thesis, with corrections by his
advisor William James, as well as fragments of James Baldwin’s
first, unpublished novel, written when he was 17 years old. The
library recently acquired the Simpson Collection, consisting
of thousands of rare photographs of black families from the
nineteenth and early twentieth century.
Admittedly, Yale doesn’t buzz like Harlem on Saturday night,
and bands at Toads can hardly compare to Duke Ellington at the
Cotton Club. But deep within the Beinecke reside the eloquent
remnants of the Harlem Renaissance. For those intrepid enough
to look, they show the progress of genius in scribbles and sketches.

Who Wants to be a Millionaire?
by Jacob Blecher

When Yale athletic teams bring recruits to campus throughout
the year, they invariably end up showing them, in the words of
one athlete, "a good time." Exactly what that means
varies from team to team, but if the arrest of a crew recruit
for alcohol possession at a frat party in September is any indication,
it generally involves some form of debauchery. Beyond this, the
uninitiated can only guess, and so must relegate any further
inquiry to movies like Porky’s or PCU. The men’s lacrosse team,
a Yale fixture since the late nineteenth century, is no exception
to this tradition, with one subtle revision. The coaches make
it exceedingly clear to their recruits that, should they matriculate
at Yale, they stand a pretty good chance of living the good life
well beyond their college years.
Before all men’s lacrosse recruits apply to Yale, the coaching
staff sends them a glossy folder packed with assorted papers.
The bulging left pocket of the folder consists solely of photocopied
Blue Book course information, but in the right pocket, tucked
behind boring documents outlining the basics of a Yale education,
lie the secrets to success that should send every lacrosse recruit
on a fast-break to riches.
Recruits first see three pages listing nearly all of Yale’s illustrious
alumni-this could be you, recruits!-categorized neatly into "politics,"
"entertainers and media," and "business leaders."
Among those mentioned are actor "Vincint" Price, former
Secretary of Defense Dick "Chaney" (who apparently
picked up a degree from Yale while no one was looking), former
Pennsylvania Senator "Arron Spector," and wordsmith
Noah Webster, who, in a dazzling and mostly unknown feat, graduated
in 1978-cryogenically, we’re to assume.
Next, after another lengthy list of faculty and alumni Nobel
Prize winners (a lucrative honor-prize winners receive around
$1,000,000), recruits find a page entitled "Ivy League Millionaires."
Compiled by the Taft Group, a self-proclaimed "publisher
of reference works on the philanthropic activities of wealthy
individuals," this list ranks each Ivy League school according
to its success in churning out millionaires. Yale, not surprisingly,
ranks number one, having produced 3,249 millionaire graduates,
with rivals Harvard (2,789), Brown (869), and an especially suspect
Princeton (a paltry 190) trailing behind.
And if recruits haven’t yet begun to salivate at their assured
ascent to the ranks of aristocracy, there’s more. The next sheet
carries the title, "Where the CEOs Went to College,"
subtitled, "A Fortune survey of the nation’s top bosses
shows that Ivies and Big Ten schools rank high." According
to a "recent study" (1990) by Fortune magazine, not
only do 156 of Fortune 500 company CEOs come from the Ivy League,
but a whopping 43 hail from Yale-that’s nearly ten percent! "If
you want to become the chief executive officer of a Fortune 500
company," Fortune asks, "where should you go to school?"
The answer is Yale, of course, whose domination of the Fortune
500 puts it atop yet another list, leaving Princeton (32), Harvard
(25), and a dozen other universities dawdling miserably behind.
For any lacrosse recruit still unconvinced that Yale is a one-way
ticket to the top, the coaches furnish one final ranking that
outdoes them all-the "Power Factor." As part of its
ceo survey, Fortune took the average graduating class from Yale
in the 1950s, did some fuzzy math, and came up with a number
meant to "gauge which colleges have been most successful
on a per capita basis at schooling future chiefs." In other
words, Fortune reduced potential power to a single number. Yale,
with a powerfully staggering Power Factor of 4.87, once again
takes the top spot, followed by familiar runners-up Princeton
(4.66), Harvard (2.26), and Dartmouth (1.98).
But do men’s lacrosse recruits really buy any of this? Do they
studiously compare Power Factors and millionaire rankings in
deciding which college to attend? And did Dick "Chaney"
ever pick up a lacrosse stick in his life? With an impressive
record of 8-5 last year and dismal results for most of the decade,
it looks like most lacrosse stars would rather seek their fortunes
elsewhere. 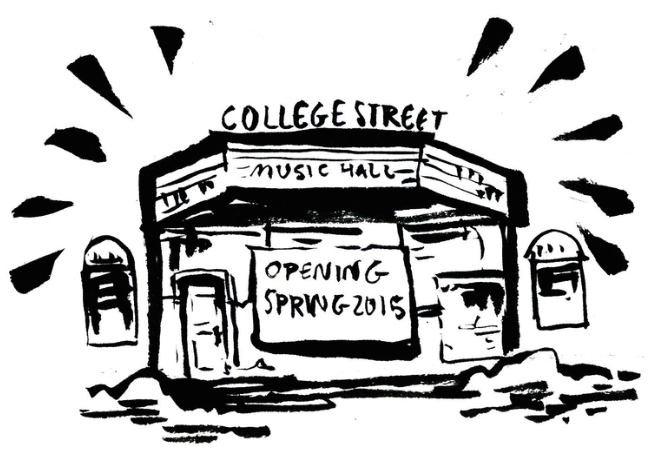