Come to think of it, I never knew her name, the pepper farmer’s wife. She lived in Jindo, on that speck of an island, a piece of paradise on water. The locals say that if you throw a stone from one end of the island, it lands on the other. All her life, with her body, her hands, her fingers, her eyes, her mind, and her breath, she worked on a plot of that island, growing things… The lines go on to describe the favorite color of the pepper farmer’s wife, her family, and her scent. Only briefly does the writer allude to her death, and to the smells of formaldehyde and alcohol. There is no mention of blood, blisters, and the bearing of bad tidings. And yet these are the words of Dr. Grace Suh, a resident physician in the Yale-New Haven hospital.

Last November, Suh crafted this piece during a writing workshop led by the prominent physician-writer, Dr. Richard Selzer. Selzer’s class, part of the “Yale Internal Medicine Residency’s Writers Workshop,” has brought together approximately 15 residents each November over the past four years to learn and practice the craft of writing under the mentorship of a physician-writer. Dr. Abraham Verghese, a graduate of the prestigious Iowa Writers’ Workshop and author of My Own Country, led the first workshop in November 2003. Selzer, a former surgeon whose fourteenth book will come out next spring, led the past two workshops. The creative writing program began a few years ago as a way to address the extreme stress experienced by the hospital’s residents and staff. According to Dr. Anna Reisman, co-director of the program, “The purpose of this workshop was a way to combat the negative feelings and experiences that many staff go through and witness in the hospital. They see a tendency to connect less with the patient and rely more on technology in order to be efficient.” With that disconnect in mind, Verghese and Dr. Ralph Horowitz, a former dean of the Yale Medical School, created the writing workshop.

The residents who take part in the workshop have varied backgrounds in writing and literature. Some are novices, eager to learn how to narrate the stories that constantly play out in their minds. Others are experienced writers, ready to trade their scalpels for pens. But whatever their background, all share the belief that delving into words can be a refreshing hiatus from the toil of hospital rounds.

Before the workshop, the residents submit samples of their writing, which are usually related to medicine. Over the course of two days, the mentor leads the students in a critique of each other’s pieces. Participants then write short, spontaneous assignments depicting a scene or a character. In the beginning, the residents may not know each other, but the experience of sharing their writing quickly forges close bonds between them. “When we start out, we’re shy and don’t want to hurt others’ feelings. The critiques are very general,” Suh says. “But on the second day we know each other’s styles and become more comfortable. The discussions become more interesting.” The program culminates in a student reading of revised essays and stories during the Medical Grand Rounds, an academic conference attended by University and community physicians. These pieces are then preserved in the annual workshop journal, Capsules.

The intersection of writing and medicine is not new. Anton Chekhov was a physician; William Carlos Williams wrote some of his poems on the backs of prescription bills. Dr. Lisa Sanders, a primary care physician and clinical instructor at the Yale Medical School, writes a column, “Diagnosis,” for The New York Times Magazine. “Medicine is a storyteller’s art,” she says of the connection between health care and narrative. “You have to find the beginning, the middle, and the end and weave together a story of the patient. The clues you find will help you weave the narrative, the unifying diagnosis.” Sanders uses this idea of narrative to teach diagnostic skills to residents. She tells them that if the diagnosis does not hang together as a narrative, perhaps it is wrong. In her view, physicians who write develop empathy and become attuned to details such as subtle facial movements. A doctor who is interested in stories will be more interested in her patients’ lives, a more careful listener, and thus ask the patient more precise questions.

Writing can also influence a physician’s ability in deeper, unexpected ways. Selzer, now 79 years old, still remembers sitting on the landing between the first and second floors of his childhood home, listening to the moans of patients from his father’s first-floor doctor’s office mingling with the scales of his mother, a professional singer, emanating from the second floor. Selzer’s career mimicked the mixture of medicine and artistry found in his childhood-he followed in his father’s footsteps and became a surgeon, and, at forty, honored his mother’s artistic inclination by beginning to write. His dual careers as surgeon and author lasted 18 years. Pain was a common thread in his work. Wanting to focus, he finally chose the literary path. “By starting to write, I opened a third eye into my mind, in which I could perceive and feel,” he says. “It interfered with my practice and surgery; a surgeon is supposed to concentrate on doing, not on the patient’s feelings. I decided to stop practicing surgery. Once you’re a writer, the third eye has been opened. It has no lid, and it can never be closed.”

As the workshop caters to residents specializing in internal medicine, psychiatry, and pediatrics-fields in which empathy and penetrating vision are essential-the program’s goal of opening a caring “third eye” in its participants seems appropriate. But is this goal feasible? Can an annual, two-day workshop influence the abilities of these residents as writers and physicians? Burdened with eighty-hour work weeks, residents often lack opportunities to polish pieces or keep regular journals. Their attempts to meet as an informal writing group have also failed. How can writing help these aspiring doctors if they cannot find the time to practice the craft?

Though the short duration of the workshop limits improvements in the quality of these students’ writing, the emphasis on narratives and detail does seep into their daily medical practice. Dr. Laura Gravelin, who participated in last November’s workshop, does not write regularly but still feels the residual effects of the course. “If you approach a day like it’s a story, you look at things differently,” she says. “You pay more attention to the details of your patients.” Suh concurs; writing has allowed her to approach her practice more thoroughly. It has also provided her with solace. “It’s hard to explain what eighty hours a week really means. It’s a sacrifice, but writing has been an escape.” And because of the writing workshops, that escape is now infinitely better written. In the beginning, Suh just wanted to write therapeutically, reflectively. But over the course of two years, the workshops urged her to read what others have written, and to make her own writing more artistic-a literary piece rather than a diary entry. “A lot of physician writers are not very good,” she confesses, laughing. “They’re in the practice of medicine and good at communicating. But they don’t focus on the writing as an art form.”

For Suh, the writing workshops have driven her to care about words the way she cares about patients. But even with her passion for language, Suh struggles to find the time to write. To achieve the artistry she desires, she may have to devote herself less to medicine. Like Selzer, she may ultimately make a choice between medicine and writing. Perhaps a two-day workshop foreshadows the forked path ahead. But for now, as the list of ideas grows, Suh’s story of the pepper farmer’s wife comes to a quiet close: …I suppose I did love her, if merely out of duty. The pepper farmer’s wife, whose name I do not know, whose eyes are now mine. She left behind little else. She must have taken her scent with her.

Aditi Ramakrishnan, a sophomore in Timothy Dwight College, is an Associate Editor of TNJ. 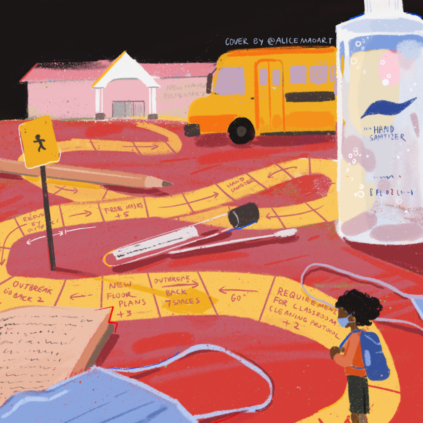