Yale’s best annual traditions are meant to be seen: the Game, the Safety Dance, the reopening of a newly renovated Residential College. What’s not meant to be seen are the screw-ups: the how-could-I-have-done-that expression after a fumble, the lights drunkenly flipped on in Commons, or—and this is the nightmare scenario—a move-in day at Jonathan Edwards with fewer beds than students angling to sleep in them.

“I don’t think any college has been as far behind as JE,” says the college’s master, Gary Haller, of the much-delayed renovation. “Certainly no college has been forced not to house some of its students.” Fifteen students, to be exact, are currently holed up in style at the Omni hotel, courtesy of Yale’s pocketbook, while construction crews render their intended rooms in JE’s Weir Hall habitable.

The cause of this administrative disaster is simple enough: triage. Either the college was to have no functioning servery, kitchen, or dining hall in time for its freshman banquet on September 1, or it was to be unable to house some of its students.  The University chose the latter. It was forced to make that decision in the first place, however, because the college’s renovation had just barely righted itself from the brink of a full-fledged catastrophe.

The problems at Jonathan Edwards began shortly after its fifteen-month renovation began, during the project’s ripping-up and gutting-out phase. Tearing apart old walls often reveals structural problems that aren’t apparent at the outset of a renovation. While cutting into JE’s seventy-year-old terracotta tiles, Yale’s construction crew ran into constant difficulties. “There was a tremendous amount of demolition that had to be done,” says Tim Galvin, the project manager at William A. Berry & Son, the private contractor that oversaw the project’s implementation. “Many times the actual conditions were different from what the design team may have anticipated.” Again and again, Galvin was forced to return to Yale’s architects at Herbert S. Newman & Partners to ask them to revise their designs.

Alex Mackenzie, who runs the painting subcontractor working on the site, contrasts the JE job with his experience working on the 2006 renovation of Silliman College. “In my opinion,” he says, “the JE building seemed older, and there’s a lot more issues we ran into.”

Demolition was initially supposed to have been completed, and reconstruction well underway, by December. But Galvin, Yale’s Construction Manager David Cripe, and the project’s architects were still troubleshooting the deconstruction a month later. “It’s not a new observation, the fact that we’re behind schedule,” Haller noted a week before the college reopened. “It’s been clear since January of this year.” Demolition wasn’t fully completed until February, causing a further spiral of delays.

“The demolition went on longer than what had originally been planned,” Galvin concedes. “And any time the demolition is continuing, the design can’t be finalized. Then certain materials had to be ordered later than you originally anticipated.”

The project didn’t kick into crisis mode until the weeks surrounding Commencement, when, after a few attempts to play catch-up, work remained two months behind schedule. Yale has no “Plan B” in case a college renovation prohibitively spills over into the fall. JE students cannot be moved back into Swing Space, which will already be crawling with Calhoun refugees by September, and four hundred beds at the Omni is a charge most Yale administrators would be loath to make. “The end date can’t move,” says Galvin plainly. “Everybody woke up when they realized things weren’t going to happen, and things got a little more hectic,” says Anthony Masucci, the project manager at Enterprise, the renovation’s plumbing and heating subcontractor. “There was never panic,” continues Galvin, speaking carefully. “There was a lot of close scrutiny.”

This scrutiny has manifested itself in ten- to twelve-hour workdays for the construction crew, seven days a week, since May. “We’ve brought up our manpower,” says Mackenzie with a touch of machismo. “Typically we would cut back on our manpower in the last couple of months of a job,” Masucci adds, “but we had to keep our guys up to 18 or twenty guys.”  While a little overtime in a bad economy is a blessing, too much is “pretty inefficient, to be honest with you,” says Masucci. Several subcontractors quietly point fingers at the front end of the project, from the derelict designers to the demolition delays.

The two-month overtime marathon allayed fears that the college would be unusable come September, but the scheduling gap was still closed by only a month. “The project team was acting to minimize any impact to the students at the start of school,” says Tom Conroy, a spokesperson for the University. This meant that, in order to move students in, work had to be stopped cold on some portions of the basement, the faculty offices, and Weir Hall while all resources were devoted to finishing the bulk of the residences and the dining complex. The abandoned areas will be finished in two phases, the first scheduled to conclude by September 19 and the second by October 17.

Even so, a few corners had to be cut to make it to the finish line. “The symmetry of the ceiling and the lighting fixture [is off], the links should be matched and they’re not,” says Haller, blaming a construction error. “There was a choice, either go back and take it all out and put it all in again, and have the servery not open, or have slight modifications. I’m convinced that nobody who doesn’t know what the problem was will even notice a difference.” Sod was laid down in the courtyard only days before students arrived, and JE students will have to endure construction in their college for at least six weeks after they have moved in.

The most notable victims of the delays, of course, are the Omni fifteen. But Lesley Kiger ’10, a field hockey player exiled from her suite for the time being, is keenly aware of the perks. “Living in the Omni definitely has its benefits!” she writes in an email. “King-size bed, air conditioning, wireless, big television. We even get chocolates on our pillow!” Haller has also assured that all students living in the Omni will have single rooms and have their clothes laundered on the University’s tab. The hotel’s isolation, however, is what makes Kiger most eager to return to her college. Hiking to team practice shortly after dawn is an ordeal, and “it’s really lonely and lacking the residential college atmosphere. My room is on the same floor as my suitemates’ but is not near them and not connected by a common room,” she explains.

For its part, Yale has kept mum about its reported frustration with the contractors for letting this mess get out of hand. The University has worked with Galvin’s crew before on Science Hill, and Jerry Warren, the former associate vice president for Construction and Renovation, selected him again. But there is still some audible grumbling. “They have, of course, tried to make me happy in every way,” says Haller. “But there’s certain things they can’t do. They can’t get all the students in. They do things they’re not supposed to. They can’t deliver what they need to deliver, which is a completed college.”

Mitch Reich, a senior in Pierson College, is a managing editor of TNJ. 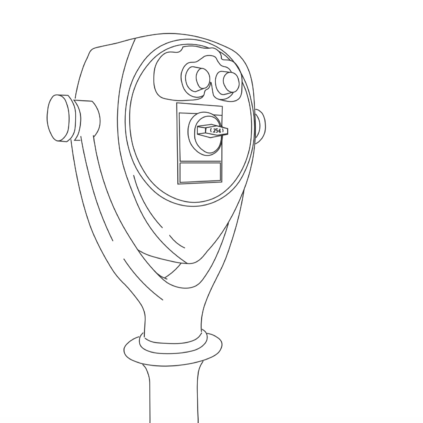