From the sidewalk, Vince Kay’s house is indistinguishable from any other on its block in New Haven’s East Rock neighborhood—white paint, two stories, a modest porch out front.  Walk past the green Jeep and white Izuzu parked in the driveway, however, and you may wonder whether you mistakenly wound up in New Haven, Vermont, a town of 1700 near the western border of the Pine Tree State.  Through the window of a weathered, wooden barn with a plaque reading “Farm Bureau Member” lies a collection of vats and tanks, equipment Kay uses to process the honey his bees produce.  Nasturtiums creep along the edge of a vegetable garden that abounds with leeks, basil, peppers, and tomatoes strung up on wooden trellises with strips of white cloth. Tucked in the back corner, a flock of Buff Orpington chickens rustle and cluck in their coop, settling in for another evening in New Haven.

Kay has been keeping chickens in his backyard for the past twenty years, but this fall marks the first time that his birds are legal residents of the city.  As of September 8th, an ordinance permits New Haven residents to keep up to six hens in their backyards, provided they follow a series of requirements for coop size, structure, and distance from neighboring residencies.  The ordinance, which passed in an 18-8 vote by the city’s Board of Aldermen, places New Haven among a growing number of American cities legalizing the raising of chickens in residential districts. In doing so, these centers are redefining how we think about the uses of urban space, what it should look like, and the traditional boundaries between rural, suburban, and city life.

New Haven’s ordinance owes its success to widespread community mobilization. It all began two years ago with a woman named Rebecca Weiner, who was keeping a coop at her home in Westville.  After her neighbor complained to city officials, Weiner was told that, under the city’s zoning regulations, her birds had to go. Rather than give up her flock, however, Weiner, gathering support from friends and proponents of urban agriculture throughout the city, appealed to the zoning board and received a special exception for her coop.  Soon after, Alderman Roland Lamar, who ultimately would play a key role in the legislative effort, was approached by another resident about Weiner’s case. Lemar was intrigued.  Though he didn’t know much about the nuts and bolts of city chickens, Lemar recalls, “I liked it from a policy standpoint.  A place like New Haven has limited access to good, locally produced proteins. [The chickens] are a great, easy, cheap way to produce a source of protein.”  He did a bit of research, and then spoke to a few colleagues on the Board of Aldermen about legalizing chickens. The idea was axed.  Lemar would have let the issue lie, but his constituents kept pushing.  At the time, the city’s legal policy regarding chickens was unclear, an unofficial don’t-ask-don’t-tell.  So Lemar made it his mission to illuminate the issue: “Let’s push it, let’s figure it out. Lose or win, but let’s figure it out.”

Throughout the following months, Lemar and two fellow aldermen, Erin Sturgis-Pascale and Ina Silverman, worked closely with local advocates as well as officials in zoning and public health to draft a strict yet sensible ordinance for urban fowl.  The legislation was eventually voted out of committee and brought before the board, where it finally won council approval.

Kay, who raises his birds for eggs, celebrates the victory on largely gastronomic terms: “There’s just absolutely no comparison.  The color and the flavor are just so delicious.”  As proof, he asked me to hard-boil an egg and bring it to our interview, so I showed up outside the coop holding a Tupperware container of Grade A Jumbo eggs from caged chickens in Pennsylvania.  Kay brought out his eggs, laid that morning, in a small china dish painted with flowers. Looking at the two white globes I had brought, he exclaimed, “Look at how big they are.  Oh my God, they’re like ostrich eggs!”  Then, sprinkling a scant half teaspoon of salt on each egg, we traded batches and took a bite.  The first difference I noticed between Kay’s eggs and my own was color. The store-bought yolk was a dull crayola yellow, while Kay’s was a rich, vivid gold.  And then there was the texture of the homegrown eggs: buttery and smooth in a way that lingered almost decadently on the tongue.  And the taste: A flavor that unfolded over time, growing, deepening, hinting at the varied diet of the hens, who eat natural grain mix, layer mash, grass clippings, and garden weeds.  “You are what you eat,” Kay told me. “If the birds are outside getting good light and good food, they produce a fantastic egg.”

Yet the city chicken movement, and the greater urban agricultural trend it represents, are about greater pleasures than the purely gustatory.  As his hens ran around the garden, scratching in the soil in pursuit of worms or seizing fallen cherry tomatoes in their beaks, Kay spoke about how his chickens fill a prominent, and troubling, gap in modern urban society: “Our food has gotten into this really antiseptic kind of production at factory farms. People only know it through the cellophane in the grocery stores.”  Yale English professor Cathy Shufro, who raises chickens at her home in Woodbridge, expressed a similar concern: “Urban children who don’t have parents wealthy enough to take them out to the country or send them to camp might well grow up without ever seeing a farm animal.”  The societal model we have come to take for granted, with its strict dichotomy between urban and rural space, has created a mass ignorance when it comes to food production, best illustrated in the  rooster debate.  Both Kay and Lemar mentioned repeatedly that neighbors had approached them and demanded to know how they expected to produce eggs without a rooster, which the city ordinance forbids for reasons of noise control.  Both had patiently explained that, biologically, chickens don’t need a rooster to lay eggs, only to hatch chicks.  Kay shakes his head. “People just are oblivious to how it all works.”

The criticism that we as a society have forgotten, or choose to ignore, where our food comes from, is not a new one. But New Haven’s chicken policies have made the jist of this criticism into a reality. While obliviousness deteriorates community relationships an act like mowing the lawn, or planting a garden, or raising chickens creates a sense of investment in one’s community, turning cities into desirable, livable places.  For the past twenty years, Kay has maintained good relationships with his neighbors. In return, they have declined to report his chicken coop to the Zoning Board.  More broadly, he explained how raising your own food makes you directly responsible for the health of your family, and therefore more inclined to choose agricultural practices that promote the health of the entire community. “I think we’d have a healthier planet…if everyone had a garden in their backyard,” Kay says. “I’m sure they wouldn’t spray their lawns and poison the wells.”

Looking back to a time when chickens were illegal, Lemar reflects, “Our zoning code kind of had this antiquated vision of what cities looked like when they separated out defined residential zones, defined industrial zones, defined commercial zones, and (were) not really accommodating to folks who wanted to mix those uses.” Now, residents like Kay believe they have a legal right to reconsider those definitions.  As Kay recounts the way raising vegetables and chickens has shaped the relationships that form his community, his hens begin rooting around the flowerbeds. He bangs the lid of a pot to shoo them away.  He stays in New Haven because his relationships with neighbors, store owners, and small businesses, in his words, “feel like family.”  A livable urban future lies in relationships like these that blur boundaries between commercial and communal, between public responsibility and private choice, to create integrated and invested communities.  How do we begin to shape these communities?  If we’re anything like Kay, we’ll do it through food. 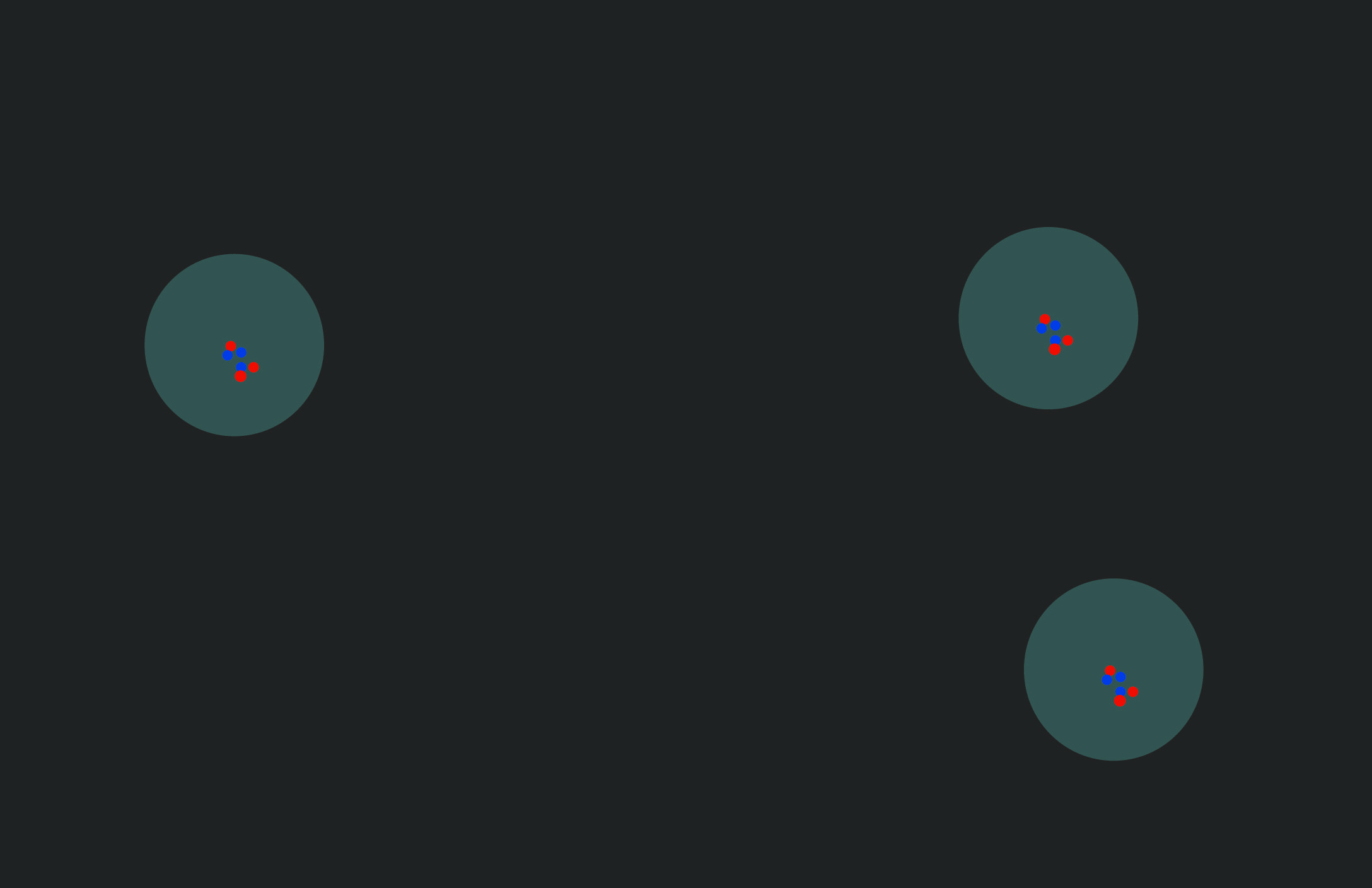