Rich Gambardella sets up shop at the corner of Chapel and Mill Streets, half a block past a drawbridge that separates a small Fair Haven inlet from the larger Long Island Sound. Stacked lobster traps sit at the end of the driveway near a small dock. Across the inlet is a giant pile of mulch, covered by a black tarp and held down by tires. At least twice a week for the past twenty years, Rich has watched the sun rise over this shiny plastic volcano as he heads out into the Sound—setting gear and pulling pots before returning to his New Haven Lobster Shop by two in the afternoon. He is the last lone lobsterman of New Haven.

“We’re very simple, very small. We don’t draw attention to ourselves—not really used to press.” He walks me into his shop. “Don’t mind the mess.” Rich picks up empty plastic bags and moves them from the top of the freezer to the cabinet. There is a small makeshift kitchen to the right, where he sometimes cooks crab with Cajun seasoning, and a desk to the left, where he keeps an eight-cup coffee pot that he finishes off daily. Lobsters and rock crabs scuttle about a green basin in the back half of the store, separated by species and size with white lattice. The one-room storehouse is damp but clean, and smells more like a fresh tide pool than a fish tank.

The way Rich tells the story, the sea was always in his blood. “My first memories are of fishing for big blackfish right here in New Haven,” he says. Nevertheless, he stumbled into the lobster business unexpectedly. His uncle had been a lobsterman for thirty years when his brother—Rich’s father—decided to join him in 1990. Just few years later, Rich’s father got hurt, so Rich stepped in. “My dad said I could fill in for him for two days. I’ve done it ever since.”

Rich has the outline of a lobster on his right forearm, a tattoo he got four years ago but has never had inked in. He hopes someday to add his lobsterman’s license number, and buoy color to the body of the crustacean. Lobsters are very important to Rich, and he knows a lot about them.
“They say a lobster can live a hundred years,” Rich told me one Sunday afternoon in early April. “They say they grow as much as 75 pounds, and they claim they can live to be 100 years old.”

***
Since he began lobster fishing and selling in Fair Haven in 1999, Rich says the neighborhood demographic has transitioned from Italian, to Black, to Puerto Rican. “Now it’s all Latinos—Guatemalans, Ecuadorians, Mexicans. All big fish eaters. Since Christmas, business has been great. It’s been easy. They keep coming back.” As he speaks, two women in a white car drive onto the gravel.

“Ah see, here’s a customer—here comes one now. She was here yesterday. I close at 4 pm and it’s 4:30. They’re lucky… usually by halfway through Sunday I’m out of crabs.”

Inside, one of the women moves around the basin, past the signs that Rich has labeled conchs, corucha, scungilli. “¡Qué grande es!” She points to a crab.

“Two for me and two for her. And that one,” the woman requests.

Rich picks up a large rubber rake and scrapes the crabs towards him. “Gee… you’re making me reach all the way over there? You oughta get it.” By this time of day, he explains, the best crabs are mostly picked through. Tomorrow morning, the stragglers will be sold wholesale, to be replaced by a fresh batch on Thursday.

There is, arguably, one other lobsterman in New Haven, a fifty-year old man named Johnny. He and his wife Rose stop by at five o’clock to pay their thanks for the rock crabs Rich gave them last night. “Those were delicious last night, Richy. Salty. Definitely salty. I was spitting up salt this morning.”

Jonny and Rich have known each other since they were kids and they share the waters of the New Haven Sound. Rich sets his traps at depths between 40 and 98 feet, and Johnny takes the shallower water. Rich’s boat is bigger, though, and his business is full-time. “Johnny’s boat could probably fit on the back of mine,” Rich tells me later, “which is why they might call me the last true lobsterman. But don’t tell that to Johnny.”

There is no doubt they’re different men. Jonny has many more tattoos, like the technicolor mermaid that swirls around his right shoulder. He speaks loudly and much more often than his friend. Jonny’s gestures reach closer to your face; Rich’s are more conservative. When the two of them talk, they often reminisce about the lore of the Sound. “In the last five or six years all the old-timers have retired and gotten out of it. There used to be five in New Haven, and seven fishing in our part of the Sound,” Rich says.

“But even then, Richy, we’re probably the only two guys who got along,” Johnny adds. “Richy could call me and say ‘I need ya,’ and I’d be there. The old guys were worried about what the other guys were doing. It was boat for boat.”

Johnny will be fifty-one next week. He mentions this, and Rich turns and puts his hand to the side of his mouth for a loud aside. “You see that — I’m only forty. I still have ten more years on the incline before I head downhill like that.”

In local lobster lore, 1999 will forever be known as an apocalyptic year. Connecticut lobstermen like Rich and Johnny started pulling pots full of dead lobsters. Scientists thought the hot summer had warmed the Sound, weakening the lobsters’ immune systems and making them vulnerable to parasites. The lobstermen, for the most part, blame a pesticide blitz that combined with summer storms, dumped chemicals into the Sound.

“There was nothing left to fish. People lost their licenses. It was a war back then.” Johnny says. Lobster levels still haven’t snapped back to the way they were before.

Rich agrees. “It stopped being predictable. You used to know exactly when the lobster would be coming—May 15, then May 20. You could tell by the barnacles. After 1999, we had to just wait and see.”

While they waited, though, the fishermen broadened their nets. Conch fishing has kept Rich in business, allowing him to hang onto his equipment and shop, always hoping for the lobster to return in greater number. “That’s what’s in my heart…To me, each shellfish has a cycle. Right now we’re in a low, and we have been for the last seven or eight years. I don’t know how long it’s going to take to come back, but I think it’s going back up.”

On the water, Rich guides his boat along lines that run North and South on the Sound, sinking his lobster pots to the ocean floor, eight to each buoy, fifteen buoys every mile. There is no TV, no radio, no boss, and his wedge boat is a “big heavy, good sea boat from Canada” that he bought with a former business partner almost ten years ago.

If the lobster were to return in force, Rich thinks the business could be very lucrative. Rich’s twelve year-old daughter Kristin likes to go out on the boat with him and next year, the boat will bear her name. He imagines that some day he might pass the business on to her.

While Rich is helping a customer, Johnny pulls the largest of the lobsters from the tank. He touches a finger to one of its claws. This one, he guesses, is probably fifty-five years old.

As Rich finishes with the customer, Johnny looks toward them and rests his hands on the edge of the tank. “You know, this business isn’t luck, it’s skill.” The work is dangerous, his wife, Rose, often reminds him, and business has been draining. “I guess having your wife and kids say some Hail Mary’s every day doesn’t hurt either.”

The customer walks out the open door of the shop, a bag of half-century old crustaceans swinging from her hand. The lobsters inside cling to its plastic edges; that was the last sale of the day. Before dawn the next morning, Rich will ready the traps and head out on the Sound oncemore.

Sarah Mich is a Junior in Saybrook College. She is a Senior Editor of TNJ. 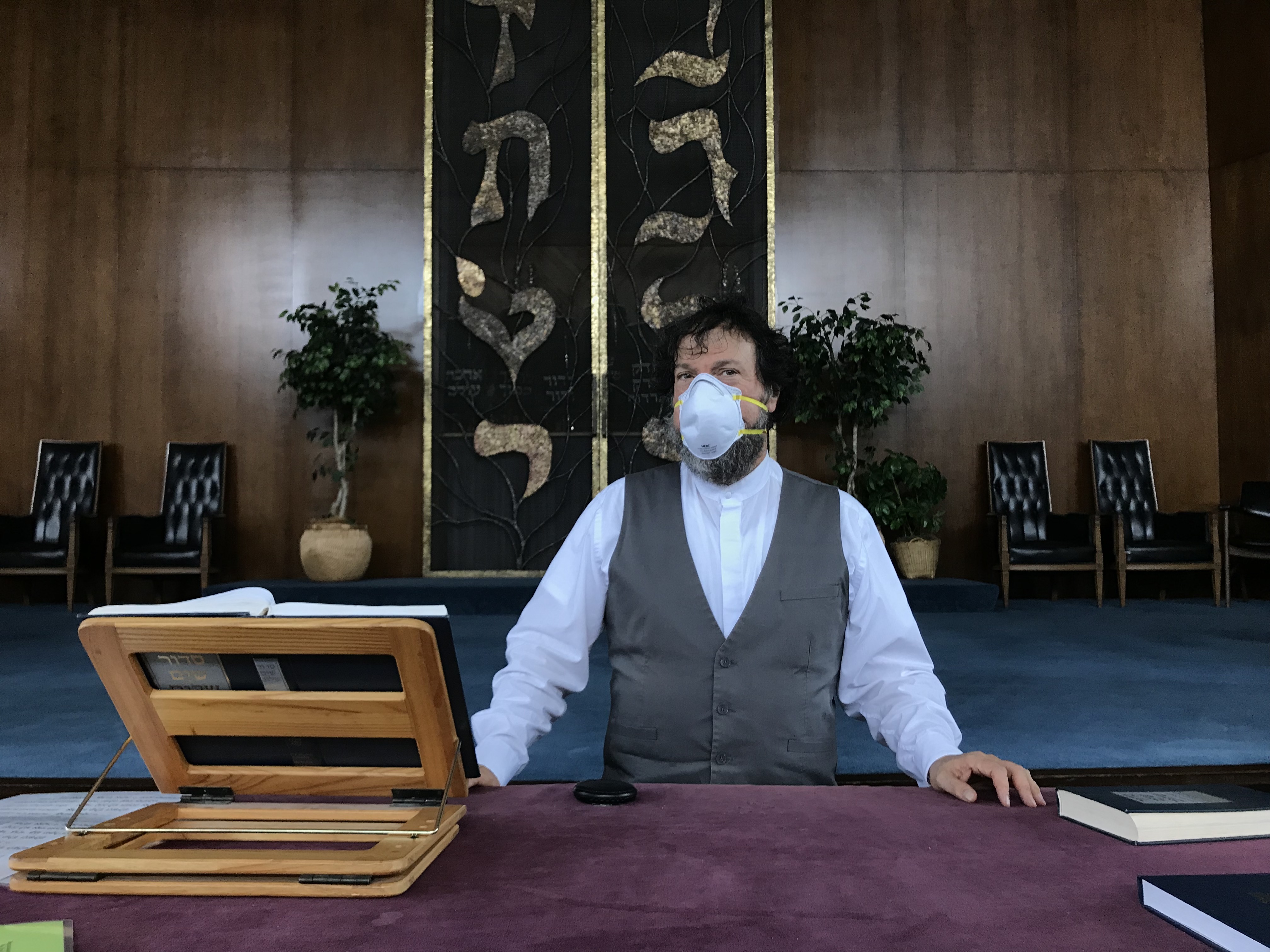 The Still Small Voice of God