This fall, Katie Miller ’13 left the United States Military Academy at West Point in protest of the military’s Don’t Ask, Don’t Tell policy, and transferred to Yale. “Even before I was interested in transferring, I knew it was LGBTQ friendly,” she says of the college. After all, in 1986, Yale became one of the nation’s first universities to add sexual orientation to its nondiscrimination clause. The next year, an article in the Wall Street Journal dubbed the school the “gay Ivy”—an epithet that Miller finds appealing. She has not been disappointed in her first term here, saying she has appreciated the support of the University as well as her friends and classmates.

Fourteen years ago, however, a young woman named Sara Marcus transferred from Yale for reasons of sexual orientation. By her account, Marcus and several others were harassed and threatened with violence because of their sexual identity. Marcus felt the administration’s responses to these incidents were unsympathetic at best, and she left Yale for Oberlin College in Ohio after the first term of her sophomore year. Marcus’ and Miller’s stories run parallel, but in opposite directions: both transferred away from a school where they felt repressed, and both, to some extent, became spokeswomen for the LGBTQ community on campus. What can their stories tell us about a movement, about the nature of civil rights activism, about the history of a school?

Today, Sara Marcus is a freelance writer who lives in Brooklyn and recently published her first book, Girls to the Front: The True Story of the Riot Grrrl Revolution. She came out during her freshman year of high school in Maryland—“but I never really knew what I was coming out as,” she says. “Because at that time, bisexuality was like, Madonna and Sandra Bernhard—it wasn’t a legitimate subject.”

High school was tough, but Marcus believed that college would bring bigger, better things. She had visited her older brother at Oberlin, and what she saw there gave her “this vision that going to college meant everybody’s a feminist, everybody’s cool if you’re queer or whatever, people hang out in co-op kitchens late at night baking loaves of whole grain bread listening to punk rock.” It never occurred to her that not all liberal arts colleges were as tolerant. She had high hopes for Yale until she arrived on campus. “And then, of course,” she says, “Yale was tremendously different.”

Marcus entered Yale a member of the class of 1999. She was assigned to Morse College—“it felt really freeing not to be trapped by this weight of history and classical pretension of the other colleges”—and involved herself in student labor activism.  By her sophomore year, she’d been arrested twice for protesting for workers’ rights. Soon, however, her interest in activism was forced to take a different tack.

Self-defining as queer, Marcus joined Yale’s Lesbian, Gay, and Bisexual Co-op (LGB Co-op). At a coming-out day rally in October 1996, Marcus, then a sophomore, gave a speech condemning the recent passage of the Defense of Marriage Act, which declared that states were not obliged to recognize same-sex marriages sanctioned by other states. Then, she went away on a weekend trip. When she returned to school, there was a voicemail on her answering machine from a man who had heard her speak at the rally.

“Hi Sara, you little dyke,” he had recorded. “I’m calling to say that I think it’s a shame that you’re a dyke, because personally, I’d like to fuck you. But I can’t touch you because you’ve been licked so much. So I’ll just take my fist and fucking tear you apart. Thank you.”

Horrified, Marcus sent an email to the Co-op email list to ask if anyone had experienced anything similar. What had happened to Marcus paled in comparison to the responses she received in the months that followed. One student, Chrysanthi Leon, then a visible campus lesbian (she and her girlfriend had been featured in a Valentine’s Day issue of the Herald) and now assistant professor of Sociology and Criminal Justice at the University of Delaware, had also received threatening phone calls. She and her girlfriend had experienced other acts of violence, such as being surrounded on Chapel Street by men who spat on them, which they believed to have surged up from an undercurrent of violent homophobia on campus. Marcus thought, “I’m going to organize around this.” She pushed aside her work with labor activism to make room for a new project.

Marcus began by writing an op-ed for the Yale Daily News relaying some of these stories, quoting hate notes and the text of the voicemail she had received. As Marcus now summarizes the message of the column: “We think this is a super tolerant and accepting place, but look: there are problems. It’s not tolerant and accepting for everybody.” The News, however, did not publish Marcus’ piece. “We can’t run this kind of language,” they told her.

Marcus and her friends then made fliers that quoted explicit threats and messages people had received in 16-point font. While the conflicts may have been happening behind closed doors, Marcus and her friends felt they were a community concern. Not everyone agreed. Members of Marcus’ group again began to receive threatening phone calls.

Marcus had been planning since the end of freshman year to spend her sophomore spring semester at Oberlin. Though she intended to return to Yale when she left in December of her sophomore year, she looked forward to the respite from Yale’s hostile environment. Once away from Yale, she heard that other Yale students were beginning to ask how to address the problems with queer acceptance they saw on campus. She also heard that the situation at Yale was escalating. Attacks on queer students—“and, like, straight [women] with short hair”—were intensifying.

One of Marcus’ classmates, who asked not to be named, wrote, “I was the object of a number of incidents—a strange death threat, harassment and an act of confused violence—in the first semester of college and that my dean refused to move me out of the room for a long period of time, after having already suffered quite a bit of pain and confusion and despite having asked repeatedly to be moved.”

Marcus became wary of her safety at Yale. On a visit back from her semester at Oberlin, Marcus met with her college dean to express her fears, and remembers leaving no more comforted than she had been before the meeting. Ultimately, Marcus thought, “I need to keep myself safe and part of that is that I’m not sure if I want to keep fighting this.” So she stopped fighting. Marcus left Yale for good, graduating from Oberlin as a member of the class of 1999 with an English major and American studies concentration. Two other close friends of Marcus also transferred from Yale because of the climate for LGBTQ students, and two more accelerated so that they could graduate in three years instead of four.

Despite her activist role at Yale, “queer things” were never Marcus’s real interest. She loved Oberlin because once there, she could focus on her true passion: organizing for economic justice. At Yale, she felt that the battles of gender and sexuality were ones she had to be fighting simply by virtue of the fact that she was gay. In reality, Marcus, who has mostly dated men for the past few years, has never really been comfortable labeling herself this way.

Too often, she thinks, political speech requires a sort of inflexible attitude—“yes, this category is me, and I am it. And that is what gives me strength”—which can never be genuine or honest. “At the coming out day rally,” Marcus recalls wryly, “I didn’t tell my story of being fourteen and falling in love with someone. I was like, I want to talk about politics, and this is a coming out day rally, so I guess I’ll say I’m a dyke, blah, blah, blah, and then give my speech. But I didn’t even really mean it.”

Marcus, who thought she wanted to be a labor organizer when she graduated from college, founded the Student Labor Action Coalition at Oberlin, and was active in the fight to protect need-blind admissions (which Oberlin, like many small schools, has since eliminated). “The queer stuff was handled,” she says. “I didn’t have to do it. It was amazing. I could just be a…human being.” At Oberlin, finally, Marcus was simply a college student, passionate about English and punk rock and social justice, who happened to be queer.

“If you didn’t have someone being very visibly being noncompliant with current policies, why would there ever be a catalyst for change?” she asked.

“You can’t necessarily identify gay people by looking at them,” she added, “so it’s very important to come out publicly and make known that yes, you are gay, whether or not you identify strongly with your sexuality.”

Marcus contrasts Yale today with Yale as she knew it. She was drawn to Yale in part because of its liberal reputation but still, in 1995 and 1996, “it was very strange not to be straight” at Yale. Gay people were exotic at best, she recalls, even within a community that prided itself on its progressiveness. One in four, maybe more? “It was completely not true,” Marcus says, though she likes to think things have improved.

Miller, by contrast, said she feels safe here speaking out about her sexuality. “It’s great to be able to say, ‘Yeah, I was part of a progressive institution,’” she said. Soon after she arrived on campus, she was receiving e-mails from the Women’s Center and the LGBTQ Co-op about phone campaigns to encourage congressmen to repeal Don’t Ask, Don’t Tell. And when Miller, who became something of a media celebrity after coming out and leaving West Point publicly last spring, needed to miss class for an interview or for other advocacy activities, she found her professors were supportive.

Marcus thinks that if she had experienced what she did in 2010 instead of 1997, somebody might have listened. Seeing the mass of signatures on an online petition for the administration to take action in response to the DKE incident made her hope that the Internet has made it easier to “harness outrage” and publicize traumatic events.  Indeed, this year, the administration responded to the incident within a week by setting up a task force, chastising DKE, and holding a number of campus events. When Marcus was at Yale, “there was nobody to tell,” but this story, and that of Katie Miller, suggest things have changed. Still, at the same university where a story like Marcus’ took so long to come to light, there’s no way to be sure. 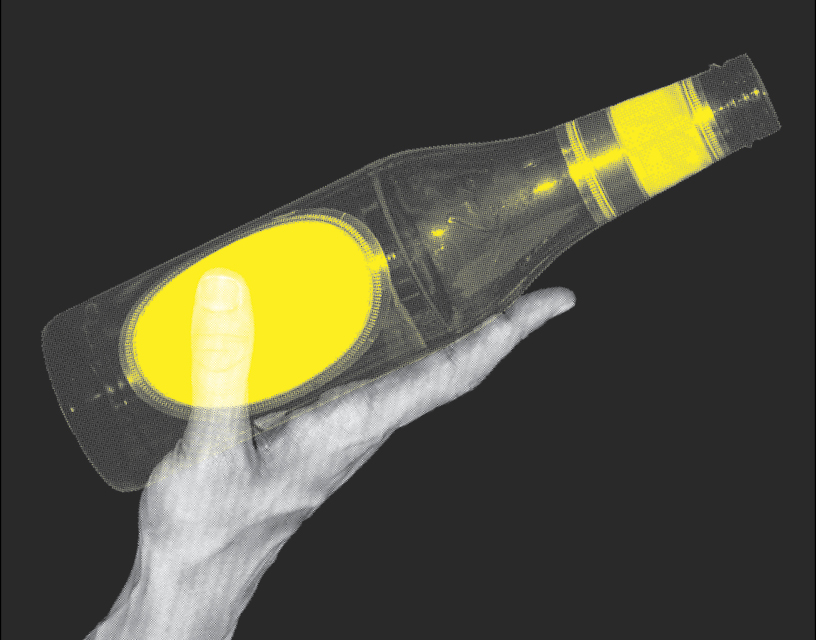 Of A Certain Age