“Theater is about connecting,” Mary L. Pepe, the former Chairwoman of the Board of Trustees at the Long Wharf Theatre, told an audience of 250 gathered on Friday, June 3. The night’s event, a gala fund-raiser for the nonprofit theater, was also a tribute to Louise Endel. According to New Haven Register reporter Randall Beach, Endel is “the woman who connects more people than Facebook.”

A rare New Haven socialite who holds the city’s record for number of community boards served (fifty-six over fifty years), Endel is at the crux of countless connections between the public service and social worlds. She takes particular interest in theater and currently serves on the board of the Elm Shakespeare Company as well as the board of the Long Wharf Theatre — and on the boards of LEAP (Leadership, Education, and Athletics in Partnership), Friends of the New Haven Free Public Library, the International Festival of Arts and Ideas, and the advisory board of All Our Kin.

Endel’s surprise ninetieth birthday party took place on Wednesday, July 1. On Thursday, the Elm Shakespeare Company held a dinner in her honor. On Saturday, another dinner party for Endel followed a daytime picnic for her family and close friends. One of Endel’s friends hosted a birthday brunch for her the following day. Friday’s gala, open to the public, featured a performance by the Midtown Men, on a special tour reuniting four members of the original cast of Jersey Boys.

“The running joke is that when it’s all over she’ll be the last one standing,” Patty Endel, her youngest daughter, said. “We’re all going to be exhausted, and she’s just going to be asking, ‘When’s the next party?’”

The biggest and most profitable of the celebrations, the gala was itself a series of parties.

The first was a silent auction. Prizes ranged from a weekend in a country house worth four thousand dollars to lunch with New Yorker staff writer Adam Gopnik, starting at five hundred. Rounds and rounds of drinks were served alongside miniature foods like quarter-sized cheeseburgers and pinky-sized kabobs—perhaps to make guests feel like giants before they wrote checks to the theater.

The auction room led into the main ballroom where a bell curve of number and gleam of sequins worn versus age was the law. Except for a few very old and very young guests, all in attendance glittered.

The guest of honor wore a fuchsia blouse in rose print with flower brooches. She tapped along with her feet when the Midtown Men brought her onstage — after sets of songs of The Beach Boys, The Jackson 5, The Temptations, and The Beatles — to serenade her with “Can’t Take My Eyes Off You” and invite the audience to sing along.

Senator Richard Blumenthal spoke on tensions in New Haven and Endel’s characteristic ability to transcend them.

“She shows us that there is no limit to the good you can do as long as you don’t care who gets the credit for it,” he said before he presented her with a certificate of honor from the Senate, which was, he joked wearily, “not doing a lot these days” in the midst of budget negotiations and nominations.

Though it is highly unlikely that Endel connects more people than Facebook, she can be compared to Long Wharf Theatre as a gracefully aging city fixture. She was born in St. Louis, grew up in Westchester County, N.Y., attended Connecticut College, and married her late husband, Charlie Endel, at 22. When they met, she was working at Kreary’s, a store in New York, and he was in the Coast Guard. They moved to the North Haven house where Endel has lived for 56 years. Endel founded and served for twenty-five years on the Panel of American Women, a national advocacy group that addresses prejudice. She recently served as Vice President of the Urban League and helped in the creation of Creative Arts Workshop, a nonprofit center for arts education.

“My mother speaks only in superlatives,” Patty Endel said. “Everybody is the best person, the greatest, the most interesting. At the surprise party it was so confusing for us to be in a room with two hundred people who were all the best.”

Louise Endel is busy, and runs on the adrenaline of constant and forceful engagement with the people in her life, many of whom gathered for the buffet dinner at standing tables to celebrate her landmark birthday.

After a few minutes, Blumenthal ended his short address.

“Last night at the Quinnipac Club, I was coming down, and Louise was there celebrating her birthday,” he said. “The people she was with said ‘Louise, we have to take the elevator,’ and she was already halfway up the stairs, looking back.” 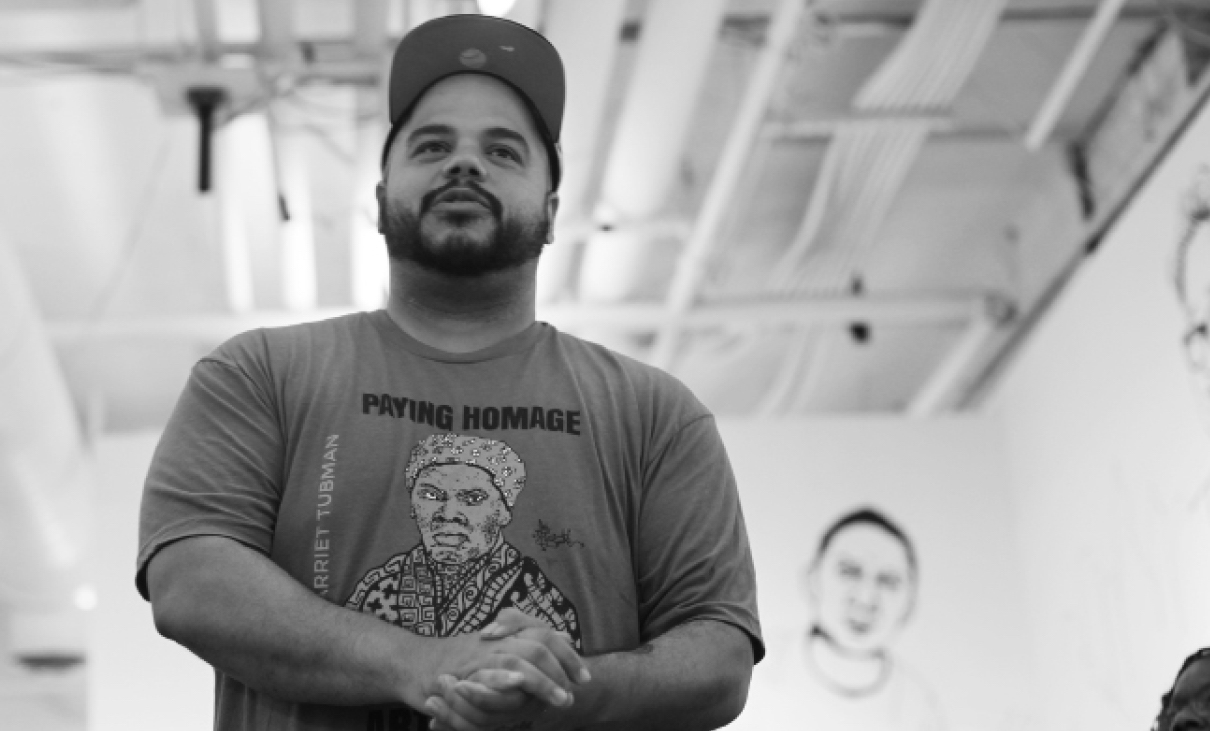 The Lessons of Roberto Lugo