In the debate about sexual culture at Yale, everyone agrees that “intolerance,” “rape culture,” and “objectification” are bad, while “intimacy,” “respect,” and “love” are good. Both sides also agree that something is wrong with their school’s sexual culture here. So the indignant, supercilious tone of editorial on both sides isn’t a result of a difference in goals, but of a disagreement about what the problem is.

After news of the Department of Education’s Title IX investigation broke last spring, President Levin hosted a series of student dinner discussions. Eduardo Andino ’13 attended one of them. As he described it to me, the discussion lacked a center because despite talk of “the problem” and various remedies—more training, more outreach, more publicity—“no one ever said what the problem was.” Andino and a few other students would later form Undergraduates for a Better Yale College. According to Better Yale, the “problem” is that sexual norms of intimacy and commitment have given way to norms of hedonism and objectification. This fall, Better Yale petitioned the school to bar the organizers of Sex Week from using its classrooms.

Courtney Peters ’12 is an executive director of Sex Week 2012. She sees the problem as a lack of creative imagination about sexuality. The starting point of Sex Week’s project is to construct new, positive models for sex. Making sure sex is safe and consensual is only half the task. Sex should be glorious and, as Peters puts it, “prismatic”—a word that brings to mind sex accompanied by choirs of cherubs wrapped in colorful garments.

Thirty-five years ago, Ann Olivarius and four other plaintiffs brought the first Title IX suit against a major university in Alexander v. Yale. She told the story during her Sex Week keynote speech, a story she’s told before in the pages of this magazine. In 1977, Olivarius had presented a series of anonymous narratives documenting sexual harassment by professors and fellow students to the Yale Corporation. Her group recommended the formation of a central grievance board to adjudicate complaints of sexual harassment. In response, Yale accused Olivarius of libeling a professor of music and band director, Keith Brion, named in the complaint. Yale further stonewalled when Brion began to stalk Olivarius. She received threatening mail including death threats, a knife, and human excrement.

At the time, Olivarius told the Sex Week audience, it seemed like merely instituting a reporting mechanism would be enough. But a deeper problem lay with attitudes liable to result in sexual misconduct—attitudes of neglect or willful ignorance of women’s sexual needs and desires. An environment where partners can articulate and respect another’s wishes is the best way to prevent sexual misconduct. According to Olivarius, sexual education at Yale today is the natural conclusion of the argument that everyone should be protected from sexual abuse of all kinds.

One returning presenter from the last Sex Week in 2010 was Babeland, the New York-based sex boutique chain. Of all the material aired at Sex Week 2010, Babeland’s presentation on oral sex technique epitomized the thought that “education and excitement are not exclusive,” as Paul Holmes ’13 and Connie Cho ’13, two of Sex Week’s other executive directors, wrote in an editorial in the News.

This year, Babeland’s presenters began with a set of ground rules, a kind of Bill of Rights, for female sexuality. “Love yourself first” and “Ask for what you want” came in high on the list. Here was Ann Olivarius’ thesis made concrete. If you really want to stop abusive sexual practices, you have to teach people how to demand good sex. Maxims like “Love yourself first” may sound like the grounds for shallow relationships. But in light of a history of denying or dismissing the particular needs of women, “Love yourself first” is a revolutionary idea. It means the conquest of shame, or fear. It means that each of us, and no one else, is the ultimate arbiter of her sexuality.

At Sex Week’s core lies the thought that sex can be transformed into a liberating, empowering force for personal autonomy. Pleasure and desire can be reconciled with intimacy and commitment. Sex, in this narrative, is a fundamental feature of our character. Yale’s mission, moreover, to educate and lead students “in every sphere of human activity” creates a need for institutions like Sex Week.

Better Yale doesn’t share this optimism. Sex may be a facet of human nature, they argue, but not all sides of us are equally worth exploring. Desire and attraction are inescapably selfish concepts, they say. Rather than expand our personal freedom and choice, sexual appetite undermines our capacity to make choices and engage in meaningful relationships.

Sex is essentially about self-indulgence and self-gratification, Better Yale seems to say, and it tends to overstep the boundaries that we ourselves place upon it. Sexual hedonism itself tends to objectify partners. We don’t master our own sexuality. Sexuality masters us. The only remedies are conventions that restrain our sexuality—monogamy and marriage, to name two. Such institutions don’t constrain us, rather, they form a new version of human freedom—the freedom from our brutish desires. That’s why there are two rings at the bottom of posters for Better Yale’s “True Love Week.”

Better Yale puts forward an aspirational, almost transcendental vision of sexuality, in which sex is sublimated into a kind of platonic ideal. Better Yale’s organizers will freely admit it’s an unlikely and impracticable vision. Sex Week, on the other hand, starts from the view that sex is simply a fact of human nature. “Sex simply is,” as Peters phrases it. And another fact Sex Week emphasizes is that 1 in 4 women will become victims of sexual assualt in their collegiate career.

Too many victims have suffered from unsupportive institutions and an indifferent campus culture for me to take seriously Better Yale’s obvious longing for “simpler” times. Still, Better Yale’s members make one very important point.

For every student who undertakes the sincere and earnest reflection incumbent upon those who enjoy the openness of our current sexual climate, there will be someone else who does not. Alex Chituc made this point in the News in a column under the headline “Yalies for Minding Your Own Business.” In a campus of five thousand undergraduates, he argued, there are bound to be “a few assholes.” Some will viciously exploit a permissive sexual climate, just because they can.

In the last thirty years, the percentage of students who exhibit some narcissistic traits has doubled, according to a survey of sixteen thousand undergraduates by a San Diego State University psychology research team. The traits included vanity, a heightened desire for attention, and a lack of empathy. A group of University of Michigan researchers found that empathy among college students had declined by 40 percent since 1980, as determined by how likely study participants were to agree with “I sometimes try to understand my friends better by imagining how things look from their perspective” and similar statements.

At the heart of Better Yale’s worldview is the pessimistic thought that there’s something fundamentally narcissistic about sex. According to Bijan Aboutorabi ’13, one of Better Yale’s co-founders, “With the idea of hookup culture that we’re all just free-floating sexual agents, meeting briefly, then moving on, it’s almost inevitable that the desire for private satisfaction will overcome respect for the sexual autonomy of others.” Emphasizing desire and personal satisfaction will not bring autonomy and meaning to our lives, claims Better Yale. Rather, it will invite sexual violence.

I put this question to Holmes, who said that narcissism is “a symptom of our general inability to communicate.” It is “a bar to genuine reflection,” he added.

After all, there’s more to sexual health than self-love. Discussing and understanding your own desires can help you to communicate with your sexual partners, and it can give you the strength to demand respect. However, as students and administrators, we must also condemn forcefully those students who violate others. Knowing what you want is important. Knowing what we all want—knowing how to protect sexual safety on campus—is also important, and requires a firmer standard beyond our own desires.

And for that, we have to talk about sex. 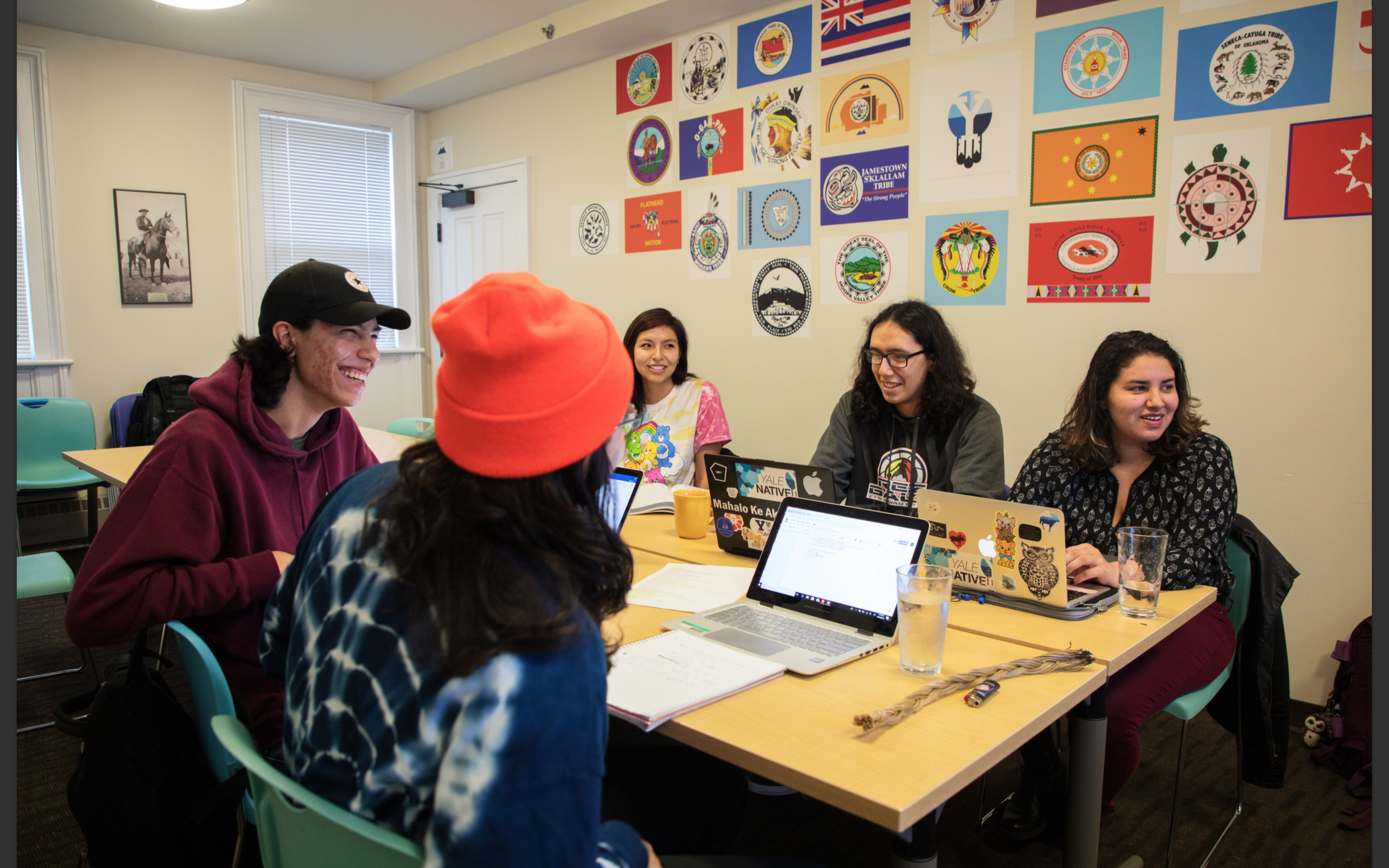