Cheeseboy and the Golden Sandwiches

The Connecticut Post Mall in Milford is not a remarkable place. It is not beautiful. It is grey and flat and illumined by cold fluorescent lights. I stepped off an escalator, crossed that sorriest of American public spaces—the food court—and approached the Cheeseboy counter. When a beaming young employee appeared and said, with real enthusiasm, “Have you ever been here before?” I suddenly felt everything was going to be all right.

He shepherded me through my order—American cheese on Italian bread with tomato and bacon—rolled the bread across some nifty cylinders covered in melted butter, piled on the ingredients, and stuffed the result in an industrial-strength panini press. A golden-brown sandwich emerged not two minutes later. It was, needless to say, delicious. Somehow, there in the Connecticut Post Mall, I had found a remarkable restaurant, a beautiful grilled cheese sandwich, and evidence of good old Yankee ingenuity.

Cheeseboy is a young and rapidly expanding company that operates “quick-service restaurants” specializing in grilled cheese. It is also the nickname of the company’s cheese-crazy founder and president, Michael Inwald SOM ’10.

“The goal is to be the preeminent grilled cheese franchise concept in this country,” Inwald explained. He described himself as a serial entrepreneur. “I have entrepreneurship in my bones to the core,” he said. He has also been, as he puts it, “obsessed with cheese” his whole life, and claims to have lived on grilled cheese sandwiches through college and beyond, refining his preparation technique all the while. Inwald’s Cheeseboy has channeled his passions for entrepreneurship and cheese toward a single cause, and it has placed him on the short list of Yale entrepreneurs who have launched successful startups while still enrolled as students.

Inwald first arrived at the Cheeseboy concept all the way back in 2004, when friends encouraged him to market his grilled cheese, but he shelved the idea in order to go to business school. And from his undergrad years at Cornell— “a liberal arts education creates a well-rounded base from which you can grow”—to the stressful experience of launching a small production company right out of college, to the years he spent in retail and advertising—he insists that every stage of his meandering journey has helped prepare him to launch and run a successful company.

Inwald sees his passion and the uniqueness of his concept at the core of Cheeseboy’s success. “I’m one of the few entrepreneurs who had a passion for something that hadn’t been truly explored,” he said. He’s just as quick, though, to point out the importance of the Yale resources he drew on. “I was very different from many MBA classmates, set on entrepreneurship from the day I started at SOM.” He said that focus allowed him to make better use than his classmates of what the School had to offer. “Take basic accounting,” he said. Most MBA candidates “are not going to use accounting in their real-world profession. I was able to say, ‘I’m going to need to know how to balance my books.’ ”

In the summer of 2009, Inwald put twenty thousand dollars of his own money into testing his fast-food grilled cheese concept at county fairs. The enthusiastic responses convinced investors, and his first restaurant, then called Grilled Cheese to Go, opened that November—the same one I visited in the Connecticut Post Mall. He has since changed his company’s name to the catchier Cheeseboy, and has added six more locations across southern New England and New York.

The School of Management is not the only Yale institution that supported Inwald in his self-directed business endeavors. In 2009, while most of his first-year MBA classmates went looking for summer internships and jobs, he went looking for entrepreneurial opportunities. He didn’t think Yale had a strong or diverse entrepreneurial culture, but he did find the recently established Yale Entrepreneurial Institute, which took him on as a fellow, introduced him to investors, and helped him to plan the county fair tests.

Inwald said he is indebted to YEI. But according to James Boyle, the institute’s director, Inwald also brought about a “sea change” for the institute, which had previously focused on technological innovation. “Cheeseboy,” Boyle said, “was the first venture that we ran across in an area that no one on the staff knew anything about.” Inwald’s bread and butter wasn’t hardware or software. It was bread and butter.

YEI was created in 2007 as a subordinate branch of the Yale Office of Cooperative Research in order to do for students what OCR was already doing for faculty: “technology transfer” from academic research to patentable and marketable products and services. Inwald, Boyle said, “made us realize that we had to expand our thinking toward students who had innovative ideas for which there might be no intellectual property protection, based upon the strength of how they executed the idea.” Since Inwald’s involvement at YEI, the institute has offered opportunities to similarly offbeat would-be start-ups.

Boyle said that Inwald was unusually ready to meet the challenges of entrepreneurship. “He had no background in fast food, real estate, franchising, but Michael understood at a very fine detail the costs of all his inputs and outputs,” Boyle said. “When it came time to talk to professional investors and they asked questions about the business model, Michael could really blow them away.” Boyle says Inwald is also exceptional in that he wants to remain the sole proprietor of Cheeseboy. “We think that’s way too much work for one student to take on.”

As Cheeseboy has grown, Inwald has worked hard to shape the institutional identity of the company according to his values. He visits all of the seven Cheeseboy locations at least once a month, he said, and the young man who served me in Milford confirmed that Inwald jumps in alongside his employees, making sandwiches or taking out the trash.

Cheeseboy is growing, and will soon enter the very different business of franchising new locations instead of operating them directly, but Inwald insists that it will “grow intelligently.” It’s hard to imagine that this company that bears its founder’s nickname, even as its employee count crosses into the hundreds, will lose either his personal warmth or his business savvy.

In a few weeks, that original Milford Cheeseboy will close, to be replaced by a new one in a nearby service plaza on I-95. The young guy who made my sandwich told me he and his colleagues would move to the new location.

Maybe I’ll visit him, brave another tired American nowhere for the goo and crunch and warmth of a high-quality grilled cheese sandwich. At the very least, as I drive down I-95, I’ll think of Inwald, and of the time, work, and sheer willpower entrepreneurship requires. Who knew? It takes a whole lot to make it in America, even if America is one big food court. 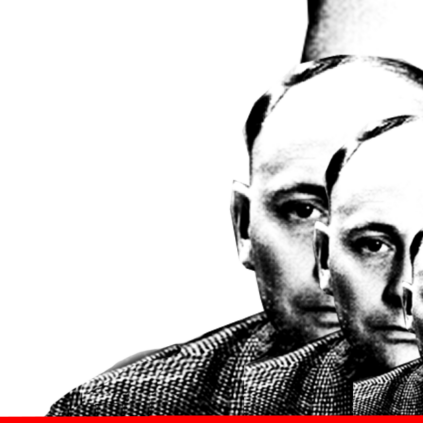 When Yale Harbored a Nazi