Pulling Back the Curtain

It’s the dead of night. Most of Yale is fast asleep. A handful of students sneak around, using chalk and fliers to “rename” a few residential colleges. They put up signs on Jonathan Edwards College that read “Titus X College,” renaming the seventy-six year old college after one of Edwards’ slaves. On Cross Campus, they chalk the phrase “Emancipate Yale.” Students wake up to these messages the next morning, more confused than angry. Who took the time and energy to do this? And why?

Founded in 2002, the Undergraduate Organizing Committee was one of the most influential student activist groups on campus for most of the past decade. With a stated mission to fight for racial, social, and economic justice in Yale and New Haven, the group frequently made campus headlines, whether for its 2009 protest of the names of some of the residential colleges or for its less recent 2005 sit-ins in the Office of Undergraduate Admissions to protest financial aid policies, which led to financial aid reform. Perhaps the group’s most noteworthy activity was its 2008 sit-in in Yale’s Investments Office to protest the University’s investment in HEI Hotels & Resorts, a company that allegedly supported poor working conditions. Ben Crosby ’13, a former UOC member who currently serves as co-chair of Ward 1 in New Haven, said that UOC drove the campaign that led Yale to divest from HEI. “It played a significant role. Or certainly the UOC pressure as part of a broader student movement in colleges across the country.”

Despite its success, the UOC deliberately remained small and concealed over the years. “The UOC often made a strategic choice during campaigns to put the issue out front rather than the organization,” said Mac Herring ’12, an active member for three years starting in the fall of 2008. “The focus was to make change, not to recruit students.” Herring explained that a group challenging Yale on such important issues couldn’t afford to be self-aggrandizing. But the UOC’s limited membership and lack of visibility also contributed to its reputation as a radical, self-righteous group. After nearly a decade of activism, the UOC gradually dissolved in the fall of 2011. Why did a group so confident in its goals and methods come to such a sudden end? Yale’s history with student activism may help illuminate the answer.

History professor Jay Gitlin ’71 witnessed the heyday of New Haven political protests during his junior year, when a variety of New Haven trials involving members of the Black Panthers brought radicals and liberals from across the country to campus. Gitlin called the atmosphere “chaotic,” “bizarre,” and “tumultuous,” and he was struck by the visible nature of the protest. “You would see people hang banners with some sort of political content,” he said. “Political unrest was more public.” This meant that students were generally more knowledgeable about the important issues, even if they weren’t necessarily participating in the protests.

Both Gitlin and another history professor, Gaddis Smith ’54, have watched open political protest disappear from the undergraduate community. Smith recalls a sit-in during the first couple of years of the Iraq War, in which a panel of teachers and about forty students occupied the second floor of the Hall of Graduate Studies to protest the war. When Smith asked how many of the protestors were undergraduates, only two raised their hands. “My general impression was that Yale undergraduates were not as politically attuned or ready to take action as they had been in the sixties, seventies, eighties, even in the nineties,” he said.

The UOC dissolved because students wanted to reverse this trend and make student activism visible once again. During the aldermanic elections last fall, more than fifty students—some who were longtime members of UOC and others who were involved in political activism for the first time—began canvassing and doing campaign work for Sarah Eidelson ’12, a UOC member who shared the group’s interest in labor reform. The canvassing efforts contributed to bringing a record number of students to the polls in the Ward 1 aldermanic race and propelled Eidelson to victory. Students were more excited and informed than Eidelson’s team expected, Herring said.

After members of the UOC saw the power of broader participation, it no longer made sense for them to fight for change as a small, insular group—especially with evidence of so many others interested in joining the cause. “The election brought a lot of people together from all parts of campus,” Eidelson said. “It left many of them wanting to build something bigger than either the campaign or the UOC.”

Students Unite Now formed after the dissolution of the UOC in early 2012, and includes former UOC members, canvassers from the fall elections, and students without a connection to either.

“Having an insular group is the absolute last thing that we want,” SUN member Yoni Greenwood ’15 said.

SUN has similar goals to UOC but aims to achieve them by making political activism a more visible component of Yale life. SUN’s efforts thus far have focused on recruiting new students, publicizing various local marches and protests, and surveying students to learn their stances on various issues relevant to Yale and New Haven life.

“It is a new day all across the city,” SUN member Sarah Cox ’14 said. “And I think it’s a new day for students in the way we’re involved on campus and in the city.”

Or, if you believe Gitlin and Smith, perhaps it’s a nod to an older time. 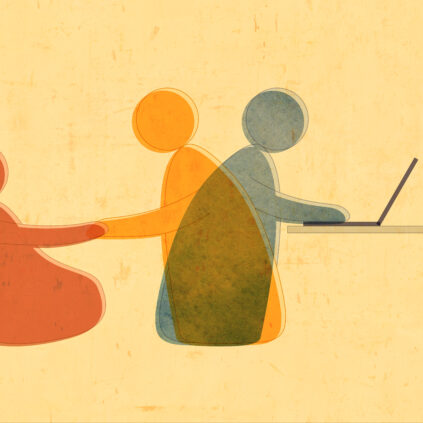 School Was the Last Thing on My Mind