T-minus three hours. Your alarm goes off at 6:30 AM. You wake up having no idea that today you will watch a woman die.

T-minus two hours. Your residential college’s student council, on which you’re a sophomore representative, is the first to arrive at the tailgate. This is a victory, the chance to pick the best patch of grass. When the party starts, your grills will be prime real estate. You think there might be some advantage to being away from the crowds, but you’re too cold to make this point. The temperature is forty-five degrees, it’s the start of Thanksgiving Break, and you could be in bed under your IKEA comforter, Warmth Rate Four.

T-minus one hour. At 8:30, the first revelers trickle in, drinking or drunk or both. You’ve landed the position of Kebab Czar, so as soon as the grills are fired up, they assault your face with smoke and flood your nostrils with the smell of cooking meat. You don’t mind, because the grills are warm, and the closer you stay to them the less you fantasize about being back in your dorm. By 9:00, your world has become an endless wall of people, a human landscape broken only by the occasional grill or U-Haul. As promised, your tailgate seems to be the epicenter of activity. Drunk and hungry bodies descend on your shrimp and lamb kebobs like it’s their first meal in weeks.

T-minus one minute. At 9:38, someone yells for more hamburger buns. You’re standing near the supplies, so you reach under the plastic table to grab another bag. When you stand up you see a U-Haul truck driving through the crowd. It doesn’t strike you as alarming or even abnormal because this is a tailgate and there are hundreds of people and dozens of U-Hauls.

The U-Haul hits another U-Haul.

Time is no longer linear.

You see a body on the ground at the same time you see a woman get hit, and you don’t know which happened first, if you’re remembering or just projecting backwards from the scene in front of you.

Your insides twist violently, like a cloth being wrung out.

The sequence plays again in your mind, rearranged but still scrambled.

The U-Haul blares its horn.

It hits another U-Haul. You see the second U-Haul smash into a third. The sound of two U-Hauls colliding isn’t as loud as you would have predicted.

People run out of the way.

A woman gets knocked aside.

A woman gets run over.

She disappears under the truck and is spit out the back end, flying ten feet and landing on her stomach.

There is a body on the ground.

You see the driver get out of the truck. His face looks like he’s just run someone over. Which is exactly what he’s done.

Other images arrive. There are ambulances and police tape and the crowd has cleared a space. Just moments before there had been countless bodies. Now there’s just one body, and the ground is coated in a layer of discarded paper plates and red solo cups.

You think it can’t be real. People on the other side of the field are still dancing. But there are paramedics and a stretcher. Someone is checking a pulse and a DJ is yelling through a megaphone to keep dancing. He doesn’t know about the body. You wish somebody would tell him. You would tell him, but you feel like you’re underwater. You’re holding your breath. You try to breathe but the air is too heavy. You feel like you’ve taken too much NyQuil. Your mind runs through the same moments on repeat: the truck, the horn, the crash, the body.

A minute passes, or an hour. Other people arrive at the tailgate, wanting to party. Looking for a drink and a good time. There’s been an accident, you try to tell them. “What happened?” they ask. It’s then you realize there are other questions you could ask, questions like what if you had set up your tailgate just fifty feet away, or what if the driver had turned the truck towards you, instead of away?

Your best friend wants to watch the football game. You tag along, but you don’t do much watching. It’s like you’re drunk, only you’re sober. It’s everyone else who’s drunk. A man two rows in front of you moons the crowd.

You can’t stop the reel from playing. The quarterback throws a pass and the U-Haul slams into the parked vehicle. The crowd cheers and her body spits out the back end. It’s all superimposed. Two films at once, one over the other.

The truck hits the woman hits the ground.

At halftime, the commentator announces she’s dead. There’s a moment of silence. A minute, ten seconds, you can’t remember. It’s too short. People shouldn’t be playing football, you think.

Some friends leave the game early to find something to eat. You follow, but food does nothing to relax the knotted sensation in your gut; no amount of mozzarella sticks or cheap pizza stops the procession of images in your head. You don’t say anything because you want to be polite — you don’t want to ruin everyone else’s day, but you wonder why they haven’t thought of ruining yours. “It’s OK,” you would tell them, “I can’t stop thinking about it either.”

This is not the first time you’ve encountered death at school. During your freshman year, a girl’s hair got caught in a lathe. Twelve months later, a boy filled a lab with gas. You read about these incidents in the school newspaper over cereal and orange juice, but their deaths felt distant, diluted. There were already too many degrees of separation for raw emotion. There’s no filter for death that happens right in front of you. No arranging of facts or well-placed quotes from people who knew the victim. Just the immediate flash of sensations. Then the endless repetition of memory. The truck, the horn, the crash, the body.

Eric Baudry is a 2014 graduate of Yale College. 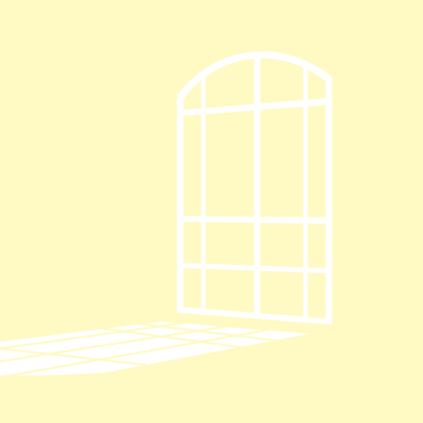