“With my eyes I blindly seek the breast: I want thick milk. No one taught me to want. But I already want. I’m lying with my eyes open looking at the ceiling. Inside is the darkness. An I that pulses already forms. There are sunflowers. There is tall wheat. I is.”

“Only afterwards does fear come, the pacification of fear, the denial of fear––in a word, civilization. Meanwhile, atop the naked table, the screaming slice of red watermelon. I am grateful to my eyes that are still so frightened.”

– Clarice Lispector, A Breath of Life

“My mom loved breastfeeding,” Hayley said, cheeks aglow, on the sidewalk, beside the chapel, beside the cars in legion at the stoplight. Hayley is a friend of mine from college, rather magical, whose cheeks are ample and exquisitely rouged. Often it seems to me, in the sunset, that her face is the facsimile of an unbitten peach, lately fallen, in the grass. I want to talk to Hayley about peaches, but I stay quiet, because if I told her about her face, the fantasy would fade: it is ridiculous to tell a woman she looks like a peach. I was surprised, besides, to hear her mother loved breastfeeding, and raised my eyebrows. “Because it kept her thin,” she said. “She could eat five donuts a day and still have bruises on her collarbone, because she was so fragile.” So it wasn’t, it seems, that she loved breastfeeding Hayley in particular. Or perhaps she did, but all these years later, what occurred to her, in memoriam, was a felicitous side-effect of motherhood, that it stole the blood from your body, so to speak, and turned it into milk. Milk is the first taste we know on earth; our first taste is the taste of our mothers; before we steal the fruit from trees, before we press them into wine; before we cup our hands beside a stream; it precedes language, precedes our first word. But Hayley is now twenty-three: her mother has forgotten; it has been long since her daughter was a child. Now there is only the body, the aging body, the fear of the end of the body. Now her mother, when she speaks of food, speaks only in terms of fear.

I want to talk to Hayley about peaches, but I stay quiet, because if I told her about her face, the fantasy would fade: it is ridiculous to tell a woman she looks like a peach.

When Hayley speaks of milk, she is curious, almost enchanted, but this enchantment is a twin to fear—not of death, or age, but of the forfeiture of her femininity. “All of my friends had skim milk,” she said, “but my mom always bought whole milk, because she was obsessed with these studies that were coming out at the time.” The studies posited that skim milk induced premature breast development. “In third grade,” she went on, “I remember Jordan Tour had boobs and I didn’t and I really thought it was because her family fed her regular milk. I was so bitter about it. When my mom gave me money to buy milk at the store, I would buy skim milk and then play dumb, so I could have a gallon of it on hand.” Hayley refused to submit; she was a frightened trickster, and she desired breasts. “This is bundled into my general anxieties about fertility,” she said. She wanted then, and still wants, to be a woman, wants to know what it means to be a woman, and fears that if one day she is bereft of milk, if she cannot be a mother— what, then, of womanhood? If she is to be barren, what are left but lipstick and aprons? Or if she is to dispense with those symbols, what then? Only perdition, perhaps—or perhaps, somewhere in that hereafter, she will grasp, at last, a fact.

Milk is a fact. But even so, she said, “I don’t understand how it works, it seems really magical to me.” Nor does she want to know. What she does know is that a peach is known by its nectar. If it is not sweet, it is only a reflection in the mirror. She has performed, has attempted to perform this or that face of femininity. Hayley became a postulant before the oven: she baked cookies and cakes. This was in high school, when she first asked the question, How does a woman speak? Because cakes are silent, cookies are silent, and what they offer in place of words are sweet nothings. Hayley wanted to be a sweet nothing: eyes declined, ears occluded by chestnut ringlets. She wanted to say: I love you. But a woman was circumscribed by a trellis of icing. A woman spoke without words, without gestures; a woman reduced her body to the shape of a scone; and when it was so small that it could be eaten in two bites, she offered it with cupped hands; she begged for alms, but not to be given, not to be given: she begged that they might take. Her body was a burden, too clumsy; her nearness to delicacy only clarified the distance. So she baked; it was how a woman performed her quiet. Because a woman lacked the bones of a fish, the miniature splinters; she did not stick in the throat. Hayley wanted to vanish into her own revelation.

I had arrived at a scene, not so much of a crime, as of beauty—though there was, within this beauty, a quality of trespass.

But when she came to college, her scones said nothing—not even quiet. A scone was made only for questions of tea; it could not answer questions of death. When placed beside death, a scone was absurd. She discarded her apron; if she was to be sweet, it would have to be a matter of words. But she did not want to be sweet, unless sweetness was the means by which she beguiled you, or beguiled, perhaps, herself. It was difficult to delineate desire. “I don’t want to wear make-up just to please a guy,” she said, “but I don’t want to not wear make-up because I’m afraid of what that will signal to the world.” Either way, hers would no longer be an innocent offering. “I like skirts, I like high heels, and I don’t think there’s a problem with that.” When she walked into the kitchen, it was not because she needed sugar.  Nor because she needed to escape into a diorama.  Nor because she wanted the purity of a definition.  Now she fell into the kitchen like a slant of light.  Now, whether she wore lipstick on the sidewalk—whether the public world, in the matter of desire, was a hall of mirrors—the kitchen was a respite, a bare-footed bakery. She no longer made her scones as an offering of love, or at least, not to you or me. Because every scone she baked arrived on her own plate. The crumbs left on her table are evidence of an intimacy.

Last week, the heat was relentless; summer in New Haven is unforgiving, so I stopped into Hayley’s apartment to say hello and rest my feet. I wanted to lend her a book of essays, Little Labors by Rivka Galchen, and show her my new lipstick. But when I arrived at her kitchen, I did not pass beyond the doorframe: I did not want to interrupt. I had arrived at a scene, not so much of a crime, as of beauty—though there was, within this beauty, a quality of trespass. Hayley was slicing watermelon. She dropped each slice with an air of distracted elegance into an alabaster bowl, humming, meanwhile, some soft tune. Then, noticing me, she turned around. “Oh hi,” she said, “welcome.” In her other hand was a bright kitchen knife, larger than what is so-called strictly necessary. She held it with her wrist limp, as a child might hold a lollipop—but she was far more languorous than a child, and just as daring. Which is to say, she held it as if violence belonged to her no less than elegance. If a woman could wield a spatula, so she could wield a blade. But when she saw my eyes, she laughed. “You are just the sort of person who would find this romantic,” she said. “I thought about that while you were climbing the stairs.”

In a week or two, Hayley will move to Los Angeles, to begin, as they say, a new life. But for now, in the summer, even if she does not know what a woman is, she knows what a woman can do. A woman can split apart her sweetness. And discover, inside the skin of a watermelon, a new word. 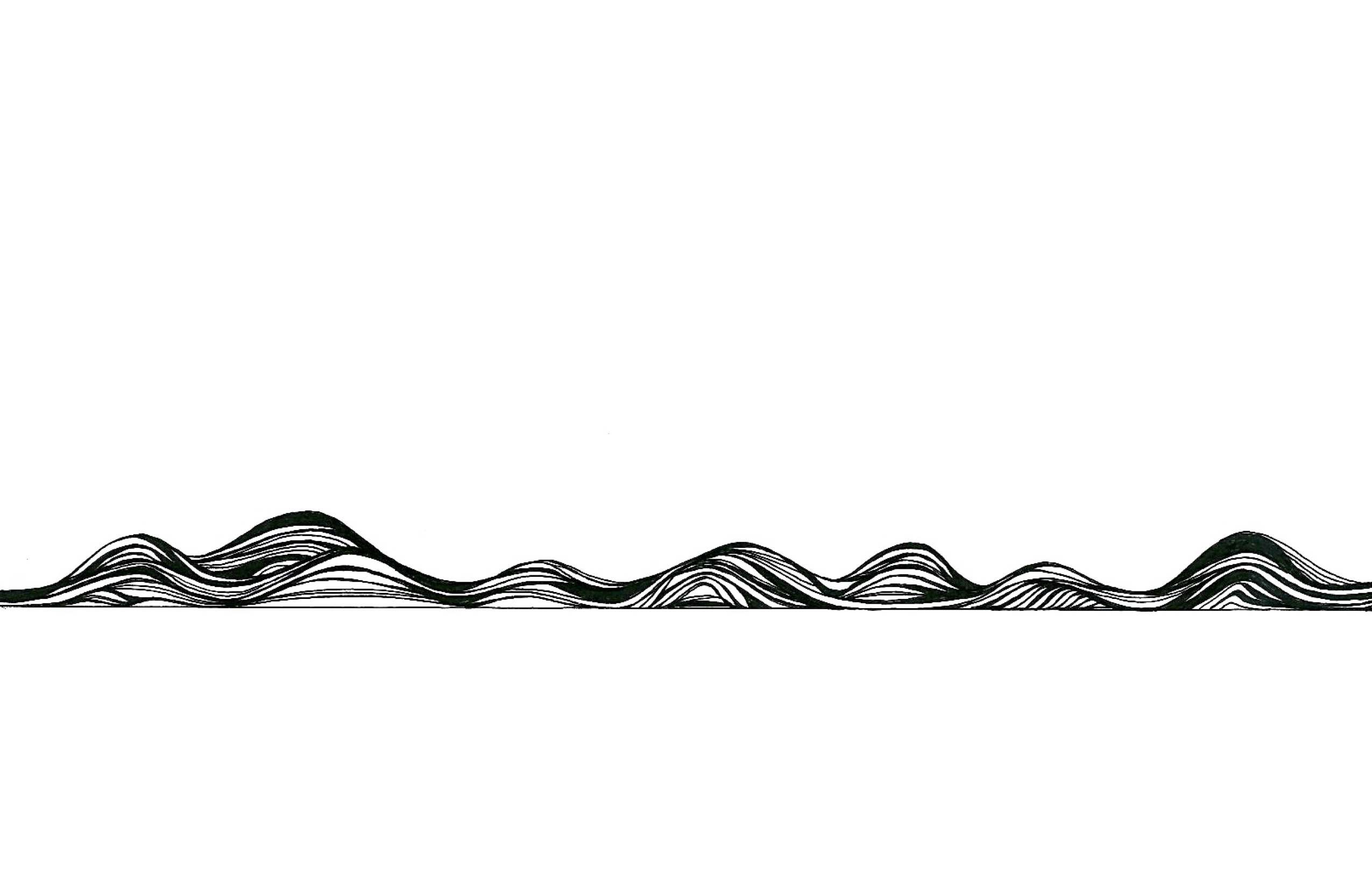