I’m Always Trying to Explain This

“I’m always trying to explain this. I always have trouble. I think it’s such a lonely thing to do. People in Berlin go to techno clubs alone and take pills alone and then go home—even if you go to techno clubs with friends you don’t really talk to them or even dance with them. You walk through these bombed-out industrial parts of the city, and see these scattered people holding beer bottles all headed in the same direction, and then you wait in line, and don’t hear so much German, and when you get in there, all it is is what you expected: boom boom boom boom.”

Bernardo paused and passed me the shisha pipe. I like the pipe. It lets one person hold the floor while the other one’s smoking. I took it and watched him, hunched over, eyes darting around the printed curtains and sleepy, chuckling men in the dusky room. He and I were at a smoking lounge on a humid Monday night in July. I felt a bit sheepish talking about this, especially in English, in a Syrian cafe, in Berlin, a city that so many foreign young people flock to for a few weeks or months or years because of its legendary techno scene. But for that same reason I felt it was a silly thing to ignore.

“I dunno, I think I get it though,” he continued. “I went last weekend again, after I’d been feeling off for days. I’d just finished my German test and had been sitting around forever in the kitchen in a bathrobe, and when I got into the club I was still feeling so uneasy. What was I doing there? I’m from Mexico but I haven’t lived there in five years. What was I doing in Germany thinking about my life in English—not even in Spanish—in this dark basement with all these other people? But I stayed anyway and after a while…man it’s hard to explain, it’s such a non-linguistic experience…but after a while I just started to feel alright there. Once I looked around, and saw all of these pulsing silhouettes, and thought of myself among all these other rootless people with similar thoughts running through their minds, it was just okay to be there—that’s all. Just this sense that I’m here, and I’m okay. Reverberating over and over.”

Just this sense that I’m here, and I’m okay. Reverberating over and over.”

I passed Bernardo the pipe when he finished. We had both been in Berlin for months off the vague intuition that we’d like it here—me intending to go back to America in August, him to stay indefinitely. We tutored and babysat enough to get by. We hung out with Mexicans with European passports and Germans from other states and Syrian refugees and English people tired of England. We had so much time to talk. We’d had three thousand conversations in this way before, over beers or water pipes, about why people do things. I’d been aware of techno as a sexy and sinister part of the city’s folklore: huge cold rooms, everyone dancing alone and facing front, staying inside from early Friday morning until they stumbled out on Sunday afternoon. But Bernardo and I hadn’t talked about it since my first week in Berlin, in the dead of February, when we had gone to a tiny dance club to see a DJ in a tan body suit play the keytar and toss around a slightly smaller dummy of himself and I’d turned to Bernardo and said, “This is the worst.”

“But why did we show up for it?” he’d replied. “Why was this the thing we decided to do tonight? I think it speaks to all the rootless people here…”

We’d yelled in each other’s ears for a bit longer and after a while I’d checked my phone. Somehow I’d composed an email to my dad, no text in the body, just a subject headed “Swazi”. I tried to cancel it but sent it instead. The DJ threw his dummy into the crowd for body surfing. I turned to a woman who I’d met earlier that night and asked her what she thought of this.

“I like it,” she’d said, dancing. “It’s strange.” She’d paused as the DJ snatched his dummy back, then added, “after the whole day working…”

After the whole day working! I’d really started to enjoy myself after that, just for the thought of everyone who wanted to see something strange after the whole day working. And after the DJ had finished and we’d all rushed out to the frigid cobblestone street I checked my phone again, 4 a.m. in Berlin, 10 p.m. in New York, and my dad had already replied to my email:

What does this mean?

But for months after that weekend I’d forgotten about techno. I liked small concerts and classrooms and public transit; well-lit places with other personalities to latch onto. It was only

by this point in mid summer that I could start to see what Bernardo was now explaining—I’d gone to one of the thumping basement clubs a few nights before, not on pills though I’m sure it helps, and after a few confused hours standing in strobe lights, plumes of water vapor, the smell of mold and the incessant vibrating bass drum that tries to pull your muscles from their sheaths, I started to feel like I’d never make it out of there. And soon I started to build a strange sort of focus, almost like sleeping. The day’s events started to course through my mind: a long delayed train, a distracted twelve-year-old who didn’t care about intro paragraphs, my own distraction from wondering why I had to teach them, a chilling look my roommate gave me as she opened the fridge, wide streets, rain, YouTube videos; I started to run through whole conversations from that day just for the pleasure of memory, and because the smoke was getting in my eyes and no one was touching; and every few measures I’d remember again how bizarre this was—that someone would need to be in this hellish underground crypt just to have some peace and think about her day. But the music would move on and soon I would too, until a sentence would wriggle into my mind and repeat, I never learn I never learn I never learn, and keep repeating until it was pounded out of me, and at the same time pounded in.

Soon I started to build a strange sort of focus, almost like sleeping.

Soon the lights had changed and I started to think about all the times in Berlin I’d been in crowds like this. Bernardo and I had spent the first of May together, the holiday to commemorate workers’ rights, when the city blocks off the streets in the center of town and releases the youth there to day-drink and walk toward a park. There’s no event in the park, just more day-drinking. I’d felt a vague uneasiness the whole time. And to climb out of that techno club finally into Wednesday morning sunshine and take the train home with construction workers and kids off to school—it felt wily and wonderful to invert the day like that, but it really made me wonder if Berlin doesn’t just exist for so many people as a big flat place to wander around dazed.

Bernardo and I leaned back on the velvet couches and looked at the ceiling. A laugh erupted from the group of men sitting behind us. I saw Bernardo clock them, and look at me, and we both listened to them josh one of the guys in Arabic for a while.

“The funny thing is I heard two guys talking about the exact same thing yesterday,” Bernardo said finally, passing me the pipe. He’d been letting it burn idly. “In English, in two vaguely foreign accents. They were saying how profoundly they experienced themselves in the techno club and everything. It annoyed the hell outta me.”

He smiled a little. I could imagine those two guys exactly—long hair, tattoos, all in black, smoking rolled cigarettes. Two European assholes in Berlin to party, probably not there to see something strange after the whole day working. For a moment I imagined all the pairs of people like that across the city having our same conversation, and I turned on everything Bernardo and I had been thinking. I wanted it out of me, that inward experience I had to share, that sad transcendent feeling of communion with all those rootless people that only happens in booming nightclubs, and disappears when we overhear each other in daylight. It was embarrassing.

The group behind us started laughing again. “Seems like a fun group of guys,” Bernardo said. “Better than the guys I saw yesterday, sucks to suck…”

I looked at Bernardo sitting there, mulling over the next thing he wanted to say. And I wanted to change the subject, but more strongly I wanted to hear what was on the tip of his tongue…so all I did was laugh and tell him to quit hassling those guys. Those assholes have seen beautiful things. 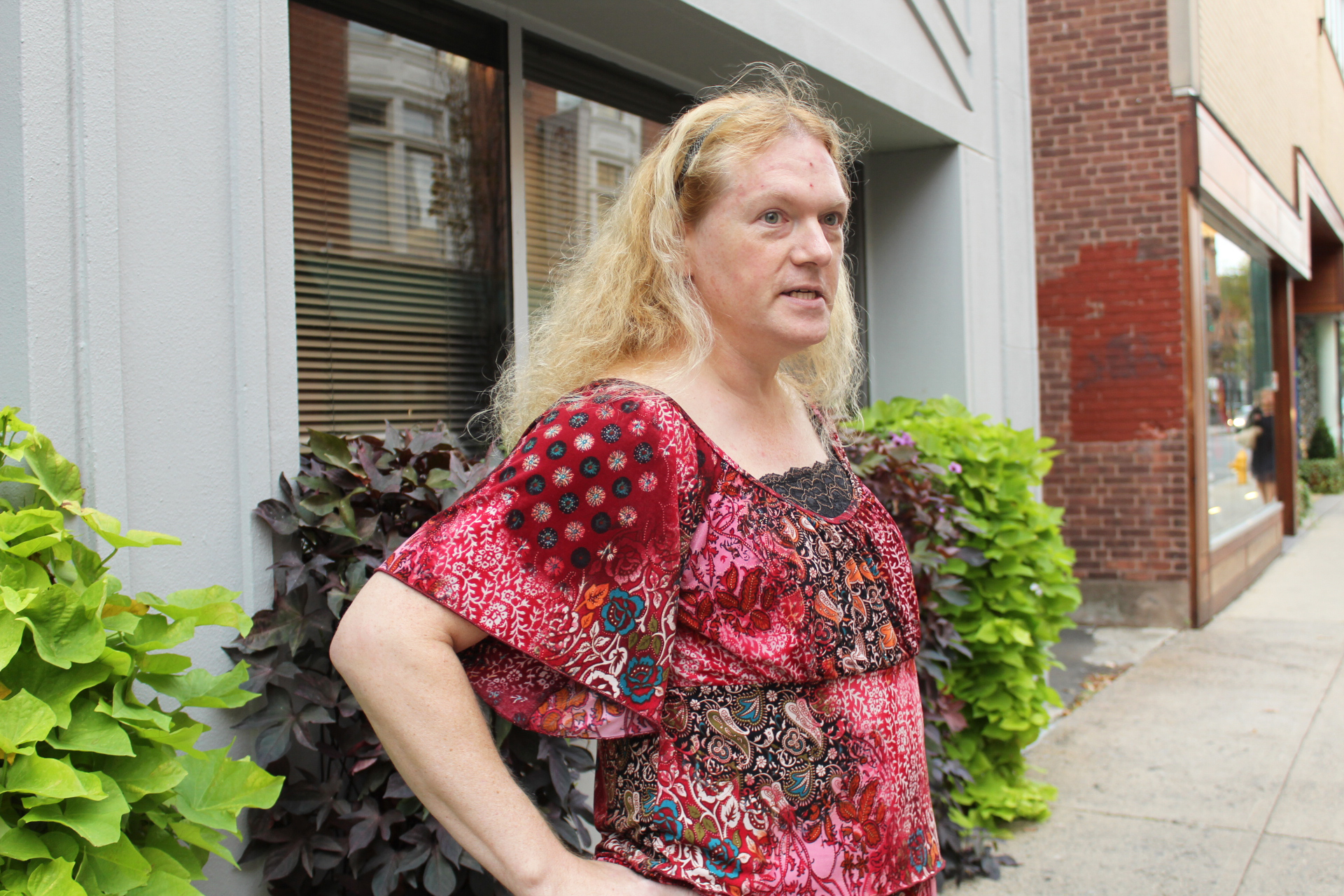