The New Journal’s history begins in 1967, when our intrepid founders took it upon themselves to create a publication suited to cover the city and the University in an era of seismic change. This issue, we’re turning back the clock 175 million years, to another era of seismic change: the moment when Connecticut broke off from Pangaea. In our first piece sponsored by the Edward B. Bennett III Memorial Fund, Christine Xu explores how Connecticut’s geological history has shaped New Haven’s development and the way its inhabitants relate to their surroundings. The Fund was established in memory of beloved TNJ alum “Edder” Bennett, who revived the magazine in the 1980s and laid the foundation for the work we do today. We hope the Fund will make ambitious reporting projects like Christine’s more accessible to student reporters for decades to come.

This magazine was conceived as a publication devoted to covering “the New Yale, presumably to be distinguished from the Old Yale, which in its own day was presumably considered new.” (“Besides,” our founders continued, “things seemed to be getting slow around here.”) Fifty-one years later, we’re thinking about what the New Yale looks like today, and what demands that creates for student journalism. To that end, we aim to provide a thoughtful, well-researched and well-written take on the biggest stories of the moment –– and to draw your attention to things that may not make it into the news. We want to live up to our motto, “The Magazine About Yale & New Haven,” by engaging with our campus and our city in a passionate, attentive way. And we want to make you laugh.

This issue is inspired by each of those ideas. Our cover story examines a fierce debate about New Haven’s public schools that swept the city this spring. Bringing the theme of education to campus, two snapshots delve into the ways that undergraduates are pushing Yale to expand its offerings in jazz and indigenous languages. We’ve got pieces on the Port of New Haven, medical actors, Connecticut’s roller derby scene, and so much more. We hope you enjoy reading, and, both now and throughout the year ahead, we’d love to hear from you. 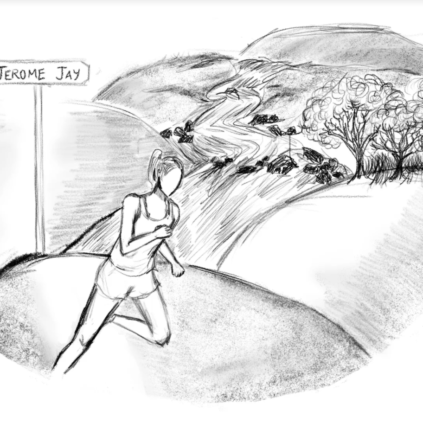