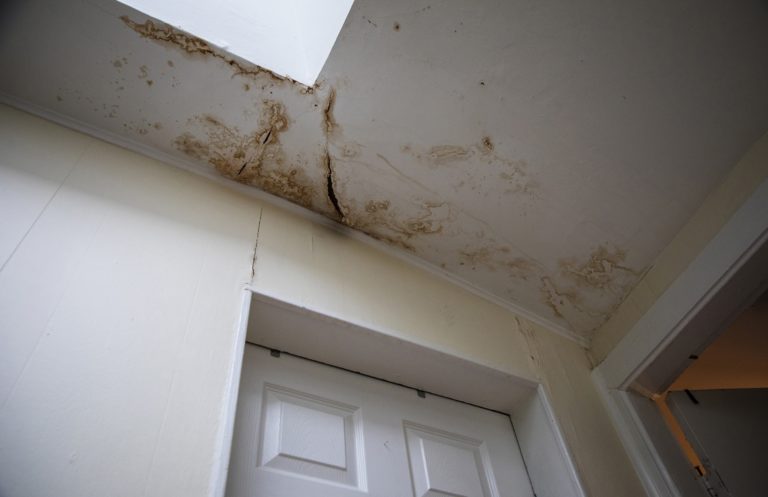 On the evening of June 26, Erika Lopez was curling up on the couch to watch TV after a day of work at the District Attorney’s office in Manhattan when her phone buzzed. The words that flashed across the screen made her stomach drop. Jheri Richards, Lopez’s off-campus housemate, had frantically texted her that a Yale student staying in New Haven over the summer had been walking past the Kappa Alpha Theta sorority house at 277 Crown Street, where Lopez and Richards live during the school year, when he noticed that the windows had been smashed in. Panicked, Lopez called 9-1-1. When police arrived on site later that night, they found that the windows had only been partially shattered. No one had broken in.

Relieved, Lopez contacted Pike International, the real-estate company Theta rents from, asking them to replace the broken windows. On July 5, Sol Lipschitz, one of Pike’s housing managers, sent an email promising to replace the windows. After three weeks of silence, Lipschitz emailed on August 1 saying he had ordered new windows. The repair didn’t take place until late August. The windows had remained broken for nearly two months.

This event only pierces the surface of Lopez’s discontent with Pike. Today, walking through the Crown Street house, you’ll encounter orange stains and holes in the ceiling, doors that don’t close properly, and a malfunctioning boiler. A year before the window incident, the lock on the front door broke while the house stood empty for the summer. When a Theta employee visited for a routine check-up on the house, he found several strangers squatting in the foyer.

According to Lopez, Pike has consistently failed to respond to these issues in a timely fashion. I interviewed six student tenants renting from Pike for this story. All six cited issues with the company, from unresponsive property managers to withheld security deposits, continuous leaks, and broken heaters. After two rounds of responses to general questions about long-term business goals and the number of units they own, Pike representatives did not respond to multiple inquiries about tenants’ complaints.

“Do not rent from Pike,” said Lopez. “That’s the moral of the story.”

A five-minute stroll through the periphery of Yale’s campus along Lynwood Place, Crown Street, and Edgewood Avenue reveals countless Pike logos, plastered on brick walls and hanging over doorways. Pike owns eight hundred units throughout the city and commands a small army of around fifty direct employees, one hundred indirect contractors, and around fifteen maintenance employees from the company’s compact office at 19 Howe St.

Pike was founded in 2000 by Shmully Hecht, who is also one of the founders of Shabtai, a Jewish secret society at Yale. After the 2008 recession, which increased the unemployment rate in New Haven by around 40 percent by 2010 and left 1,800 properties vacant, Hecht and his employees went on a property-buying spree, purchasing foreclosed buildings, refurbishing them, and leasing them to Yale students and New Haven residents. In a 2011 article in the New Haven Independent, editor Paul Bass wrote, “Pike is increasingly determining where New Haven sleeps, eats, and works.”

According to Lipschitz, the Pike property manager, the company rents to “many hundreds of Yale students, faculty, and employees,” and has custom designed and built fifteen “luxury houses” for members of the Yale community. Lipschitz emphasized Pike’s dedication to historical preservation and customer service. Their mission, he wrote in an email, involves “providing a local charm, respect for historic architecture, and the best customer service in New Haven.”

No matter how serious Pike’s neglect of student rental properties has been, David Corliss believes that New Haveners have it worse.

In 2017, the Environmental Protection Agency charged Pike for violation of lead-safety rules. In fourteen different rental units, Pike failed to disclose information about the presence of lead-based paint, which contains a neurotoxin that stunts children’s mental development. According to the Independent, at least one child living in a Pike apartment on Chapel St. had significant levels of lead in their blood. Pike agreed to a $121,000 settlement with the EPA.

John DeStefano, who served as New Haven’s mayor from 1994 to 2014 and is now a political science lecturer at Yale, told me that Pike’s business strategy is to target the significant population of Yale students moving off-campus. According to the Yale Daily News, about 25 percent of upperclassmen lived off-campus in 2009. The proportion increased to 34.1 percent of upperclassmen––43.5 percent of seniors and just under a quarter of juniors––by the fall of 2018. “Pike has made a market decision to invest in properties adjacent to the campus or to the Yale shuttle stops,” DeStefano said.

Lipschitz said that Pike staff help orient students, who are typically first-time renters, to the leasing process. “Our leasing dept [sic] has over one hundred years of collective experience assisting first time renters transition into their first private dwelling space,” he wrote.

Lopez and her housemates received no assistance of that sort.

At 9 a.m. on a crisp Tuesday morning in January, I perched on the kitchen stool at the Pike-owned Theta house while Lopez fried eggs on the stove. After breakfast, she took me on a tour of the property, her heeled black boots echoing throughout the home.

We started at the top floor of the spacious three-story home. Next to a skylight, an approximately four-foot-long, mildewy orange water stain scarred the third floor ceiling. The stain, presumably caused by a roof leak, first appeared nearly a year ago. Lopez said that Pike has repeatedly promised to fix it and then failed to appear.

Passing through the living room, we descended to the boiler room in the basement. Surrounded by crumbling brick and cobwebs in the hot, humid darkness, I felt a drop of condensation drip onto my cheek. “It’s literally fucking Stranger Things down here,” said Lopez, laughing.

“They say, ‘You trashed the place, and I had to spend $1,000 cleaning it up,’” Zamir said. “Next thing you know, your security deposit is gone.”

The heat has been spontaneously shutting down several times a month for the past year. Lopez first emailed Pike about the heat on Saturday, November 11, 2017. Pike promised to have the heater fixed on December 4. On December 5, Carroll Yanicelli, a Theta-employed liaison between the students and Pike, emailed Lopez and told her that Pike had sent an employee to fix the problem. “There should be steady and ongoing heat,” Yanicelli wrote in an email.

In late December of 2018, the boiler began to shut off sporadically again. Whenever this happens, Lopez has to go downstairs every four hours to reset the heat. The issue has yet to be resolved, despite repeated emails from Theta to Pike’s representatives. Raphael Ramos, Deputy Director of the Livable City Initiative, a city housing agency, said that when tenants repeatedly reset their furnaces, it can increase the risk of a small explosion.

No matter how serious Pike’s neglect of student rental properties has been, David Corliss believes that New Haveners have it worse. In the summer of 2016, Corliss, then an attorney at Flood Law Firm, moved into a Pike apartment leasing for $900 a month on Chapel Street. In November, as temperatures dropped, Corliss tried to turn on the heat. But the radiators stayed cold.

Corliss bought a space heater and wrapped himself and his cat in layers of blankets and comforters. He called and sent multiple emails to Pike, but they never came to make repairs. After a week of unbearable cold, Corliss took a day off from work to go to Pike’s office. He stood in the lobby until an administrator confirmed that a contractor was going to fix his radiator. Only then did a Pike employee visit his apartment to repair the heat.

A week later, the radiator broke down again. When Pike failed to respond to his messages and calls, Corliss, frustrated, decided to withhold his rent. “I won’t pay rent for an apartment that doesn’t have heat,” Corliss said. Pike responded with a warning: if Corliss didn’t pay his rent, he could face eviction. In February, only seven months after moving in, Corliss vacated the Chapel Street apartment.

The legalities of housing may appear murky even to experienced renters like Corliss. Yonatan Zamir, a staff attorney at New Haven Legal Assistance who specializes in housing cases, said that tenants don’t receive enough information on the renting process. “People don’t necessarily know what their rights are,” said Zamir. “That applies to the student population as well. No matter how educated you are, you may not have ever been educated about entering a new lease.”

According to Zamir, the most common mistake tenants make is withholding rent. “Don’t withhold your rent until you’ve gone to great lengths,” he said. “A lease is a contract. If you don’t want a landlord to come after you in court, and sully things up for you legally, you want to avoid that by protecting yourself.” When issues arise, tenants should keep paying rent and screenshot relevant emails, save letters, and take photographs for evidence, Zamir said. If the problem persists, tenants can go to small claims court with proof.*

“Turnover is a great way to make money in the housing market,” Zamir said. “They say, ‘You trashed the place, and I had to spend $1,000 cleaning it up.’ Next thing you know, your security deposit is gone.”

Taylor, a Yale senior, signed a lease on a Pike property for last academic year. (Taylor uses they/them pronouns. Their name has been changed.) In August of 2017, they entered a house in disrepair. No hot water came from the taps for the first two weeks, the stairs were “falling apart,” and by spring, rats had infested the kitchen.

Last July, after their lease had ended, Taylor emailed Lipschitz about their security deposit of several thousand dollars. Lipschitz promised that the funds would be returned within the next few days. Two months later, on September 23, Taylor emailed Lipschitz again. That day, Lipschitz responded that he would look into the matter. Since then, Taylor has had no contact with him. Pike still has not returned the security deposit.

In August, Taylor began renting a house from Farnam Realty Group, a real estate company that manages around six hundred properties and was founded by former Pike employee Carol Horsford in 2014. “In some ways,” Taylor said, “[Farnam is] the opposite of Pike.”

Before Horsford gives tenants their keys, she makes them sit through a brief PowerPoint presentation about their leasing rights. The presentation includes three sections, titled “Basic Home Maintenance,” “How to be a Good Tenant,” and “How to be a Good Neighbor.” Student tenants who rent from Pike, such as Melissa, a Yale senior, say their experience with Pike began very differently. (Melissa’s name has been changed.)

“I don’t think they did anything instructive,” Melissa said. “There was a lot of negotiation with the lease because we didn’t want the wool to be pulled over our eyes.”

Melissa said her housing manager told her Pike plans to increase the rent on her apartment by 10 percent next year. She’s moving out, but she is certain that another group of unknowing Yale students will move into the apartment, even with its malfunctioning heating system, perpetually clogged drains, and raccoon infestation. She herself had ignored friends’ warnings to stay away when she started leasing from Pike in August. Melissa said she felt she didn’t have much choice, given her budget. “Pike is going to find people who are gonna pay for it,” she said, “and the whole cycle is going to continue.”

*After the publication of this article, Yonatan Zamir clarified in an email to The New Journal: “When issues arise, tenants should keep paying rent and screenshot relevant emails, save letters, and take photographs for evidence. If the problem persists, tenants can go to small claims court with proof.”

— Candice Wang is a sophomore in Berkeley College.