When I met Rose Porto at a strip mall Starbucks in Hamden, she had just come from the site of a potential haunting. Porto, a hairdresser by day, is the founder of Connecticut Spirit Investigators. Her team of three mediums works mainly with people who believe that their homes are haunted. The mediums—one of whom is a New Haven crime scene investigator—say they are able to communicate directly with spirits.

When I asked Porto about her methods, she was quick to assure me that Connecticut Spirit Investigators “likes to find natural causes before [they] deem anything paranormal.” House visits include in-depth conversations with residents to gauge their emotional well-being and investigation of potential environmental causes of unusual phenomena. After ruling out natural causes, Porto’s team uses specialized meters to measure unusual atmospheric changes. Porto wasn’t able to share details for confidentiality reasons, but she said that she has investigated some “very haunted” locations on Yale’s campus—understandable given the institution’s age.

After Porto left, Olivia Clapp, a student at Gateway Community College sitting one table over, spoke up: “My friends and I are so into ghosts!” She recommended an old home in North Haven and a bridge in Wallingford as the most haunted places in the area. “My friend, she gets all the good stuff,” Clapp explained, describing iPhone videos with an eerie, unseen woman laughing in the background at an abandoned North Haven house.

I decided to check out the New Haven ghost scene for myself. Along with my curious friend, Clarisa, I signed up for a tour with New Haven Ghost Walks, which is part of a larger Ghost Walks USA tour company that operates ghost tours in the unusual and unexplained combination of New Haven, New York City, Washington, D.C., and Palm Beach. A few minutes before 7:30 p.m., we cautiously approached a scattered group gathered outside the Starbucks on Chapel Street.

“Match or public?” asked our guide, Chrystyne McGrath, who waved as we approached the group. Clarisa and I must have looked confused, because she clarified: “There’s a Match.com tour tonight as well as our usual public one.” She gave us an amused smile and turned to explain the same to a confused couple.

As newcomers arrived, two distinct groups coalesced. The Match.com group appeared almost entirely male, ranging from mid-20s to mid-50s, some sporting gold chains, others in New Balance sneakers. A few women chatted, one wearing black lipstick and a witch’s hat with shiny purple tinsel wrapped around it in the facsimile of a cobweb.

As more participants arrived, it became clear that the ghost tours are typically a couples, or perhaps aspiring couples, event. Besides me and Clarisa, the public group consisted of five couples and McGrath. One couple was in town from New Jersey to celebrate a birthday; three of the couples, who were all related in an unclear brother-in-law’s cousin’s husband kind of way, had won tickets at a charity auction; and the last pair kept to themselves, the husband anxiously checking the remaining time on their parking meter.

By the time we headed out, around twenty minutes after the scheduled start time, my earlier curiosity was already turning to skepticism. I’m here for journalistic investigation, I reminded myself as the tour finally began. I did NOT sign up through Match.com.

“If you get hit crossing the street, come back on my tour next week,” joked McGrath as we set off across Chapel Street toward Old Campus. McGrath has communicated with the spirit world since age 5, she told me, and has worked as a medium for over twenty-five years. While her website highlights her work for individuals and groups such as bachelorette parties, she also proudly discussed her participation in a study at the Yale School of Medicine that brings in self-declared mediums to analyze potential treatments for people with schizophrenia.

The tour had fifteen stops. It contained far more history, and far fewer ghosts, than I’d anticipated. We covered some more well-known parts of New Haven’s past: the former Winchester rifle factory, the landing of the Amistad slave ship, and Roger Sherman’s former home, now the Union League Café. But for the most part, the stories concerned ordinary people, albeit ordinary people who died gruesome deaths.

By stop fourteen, the New Haven Free Public Library, the tour had already gone forty-five minutes over the scheduled end time. One of the older women stifled a yawn, and the parking meter-concerned husband checked his watch.

On the steps outside the library, McGrath showed us the devices that Porto had described. Nobody seemed as receptive to these tools as McGrath had hoped. But I could see why we weren’t taking the bait—after all, as a medium, she clarified that she doesn’t actually need the tools to identify paranormal activity. The tools included a glorified voice recorder attached to a microphone to pick up sounds beyond our auditory range, a trifield meter to show energy level changes, and a REM pod, which appeared to be a small antenna, to reveal surrounding energy. The REM pod lit up red at the touch of one of the women from the nebulous family group. “Apparently I’m a ghost,” she muttered.

Nick Grossmann of Ghost Storm, a Norwalk-based paranormal investigation group, told me that his team uses superior tools, most notably infrared sensors, to detect ghostly activity that other ghost hunters miss. His team has investigated supposedly haunted businesses and restaurants, most notably The Twisted Vine in Derby, Connecticut. “Once businesses call us in, their business usually goes up by 30, 40 percent,” he told me. The number of new customers drawn to a business with a confirmed ghost far outweighs the number of former customers who stay away. Grossmann linked this phenomenon to the growing popularity of ghost hunting, especially in TV shows, a trend that McGrath and Porto also mentioned.

Despite their shared recognition of surging interest in the paranormal, the experts didn’t agree on everything. McGrath told me that ghosts will appear stronger in pictures after your phone charges overnight, since ghosts absorb nearby energy. When I asked Porter to back up this point, she gave me a quizzical look. “I haven’t heard that before,” she demurred. There were also terminology differences between the experts; I’m still unclear on the technical difference, if any, between a spirit and a ghost. In part because of the lack of agreement, the knowledge in the field felt disjointed.

There was one point on which McGrath, Porto, and Grossmann all unequivocally agreed: skeptics can only be convinced by seeing a ghost for themselves. So maybe I just have to wait.

—Isabel Kirsch is a first-year in Pierson College. 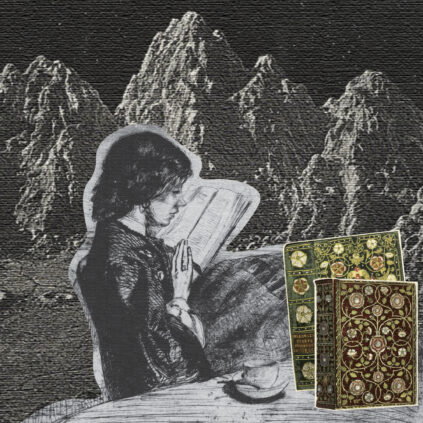