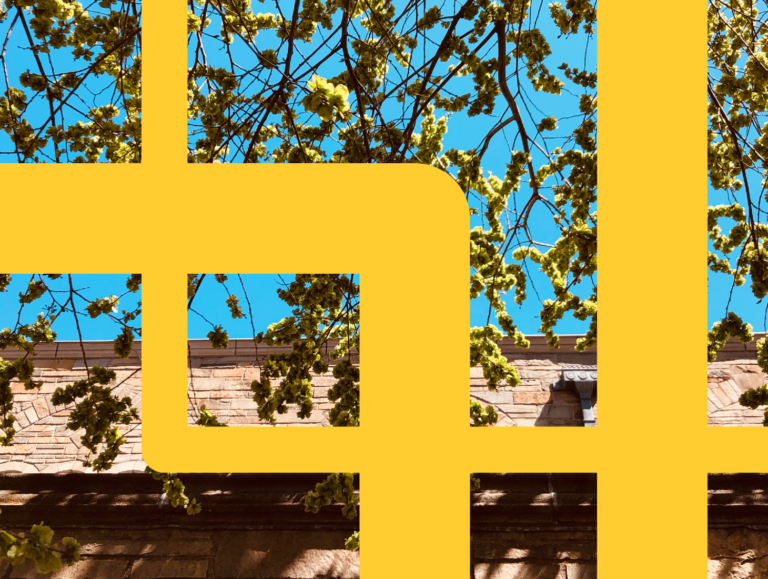 The Students Who Stayed

On March 12, Dean Chun sent an email to the Yale community asking that students leave campus “if at all possible.” Yalies scattered all over the globe, boarding flights in a hurry and leaving behind the majority of their belongings. Antonio, however, belongs to a group of students with “exceptional circumstances”––international students whose home countries are under a Level-3 CDC travel advisory, emancipated students, and others with special permission from the Yale College Dean’s Office, roughly 200 total––who are allowed to remain on campus until the end of the term.

For this group, the physical world is unchanged; they have remained in the same location all throughout the spring semester. Yet the pandemic has suspended campus life. These students confront challenges that wouldn’t have made sense two months ago, like how to keep in touch with quarantining families across the globe, or how to “social distance” when getting takeout meals in the Trumbull College dining hall.

Already in late March, the pandemic could be felt everywhere, including in New Haven, where small businesses shuttered and tens of thousands of residents filed unemployment claims in just four days. Payne Whitney Gym, once a space for Yale athletes and community pool goers, was converted to a temporary medical facility.

Antonio is a first-generation, low income student whose academic resources would be limited at home. He plans to return to Anzi—his small town of 1,000 in Italy—by early May. When he goes home, he will be required to self-isolate in his grandmother’s house for fifteen days.

Antonio’s father works at a hospital in Italy. Antonio worries about him, though he knows his dad is extremely cautious about the virus, “disinfecting everything he touches.” Though Italian citizens are worried about hospital overcrowding, Antonio says, he feels more concerned in the United States, where people are denied testing and healthcare altogether. “I have a lot of reservations about this country as a whole, and its systems,” he says. “I think healthcare is an unalienable right.”

He also wishes Yale would use its gargantuan endowment to assist students during the pandemic. Approximately one in five Yale College first-years and sophomores qualify for a Federal Pell Grant, and families on full financial aid operate on the assumption that their college students will receive University-sponsored food and housing. Even for students who can safely go home without endangering their health, these concerns remain.

Twice a day, Antonio traverses the empty campus to pick up Smart Meals in Trumbull, which consist of non-perishable foods in brown paper bags. He describes the meals as “unhealthy” and “a little sad.”

In Trumbull, the only dining hall still open, the dining hall workers wear masks, and most of the students do, too. On the ground, yellow caution tape marks every six feet, and hand sanitizer dispensers await use after students swipe into the dining hall. Students are not allowed to exit the same way they came in; they do U-turns through a passage of rearranged tables and chairs to avoid physical contact.

“It’s hard to get used to it because you don’t stand there and talk to people, you just kind of swipe in and keep walking, six feet behind the people in front of you,” says Nicholas Ruiz-Huidobro Magdits ’21, who stayed on campus after a shortened spring break trip in order to protect his immunocompromised father and sister in Virginia. “There’s one dining hall worker, Leo, who always talks to me, so it’s nice to still have some human interaction.”

On the ground, yellow caution tape marks every six feet, and hand sanitizer dispensers await use after students swipe into the dining hall.

Recently, Nicholas and another friend studied for a class in the Trumbull courtyard’s lawn chairs together, six feet apart—a welcome departure from his relentless daily routine. He says it’s important to take a break from staring at the wall. Other times, solitude prevails. All residential college common spaces have closed, and Yalies on campus are not allowed to let other students into their colleges.

“I ran into somebody I knew a few days ago, and she stopped and said hi, but there wasn’t really much to say, so we just kept walking,” says Nicholas.

In downtown New Haven, people are still taking daily strolls to pick up delivery from restaurants, crossing to the other side of the street to avoid one another. The same group of four-wheelers drives down Elm Street at late hours, and when Nicholas tries to sleep, he hears the usual sirens of ambulances. He compares the everyday quarantine atmosphere to that of an average Sunday morning in the Elm City: hushed, but still alive.

“New Haven doesn’t die and become a ghost town when Yale students leave,” he says. “The only difference is that Wednesday and Saturday nights are a little quieter on York Street.”

Outside Nicholas’ window, he can see a beautiful view of Broadway and Elm Street. For a second, it is almost normal. “What surprises me is how easy it is to just kind of forget that anything’s happening, if you don’t look at the news,” he says.

When he walks outside his bedroom, though, he can no longer hear the sound of video games from the dorm across the hall, and he remembers all that has changed.

Valerie Nguyen ’22, another student who stayed on campus, is keeping herself occupied inside: composing music, drawing, and taking on “home improvement” projects in her Pierson College suite, where she’s accompanied by one of her suitemates.

“I’m at least half an introvert,” she says. “So I’ve always had stuff to do.”

Valerie’s entire family is across the globe in Hanoi, Vietnam. She’s concerned about her parents in Hanoi, but they’re much more worried about their daughter in New Haven.

“I just assumed that Yale would take care of me, and that I’m more safe here than anywhere else I could be,” she says. “But people back home were really worried about me, because New York is a shit show right now.”

In New Haven, Valerie witnesses colossal change. She rides her bike to Cross Campus and to Benjamin Franklin and Pauli Murray Colleges, and sees how empty they are. She never forgets to bring a mask with her, and in the supermarket, she has started wearing gloves. She has some friends from the international student community still on campus, but she can’t see them. It is hard and strange to be alone together.

Valerie is especially saddened by the emptiness of Cross Campus and the closing of beloved local businesses. The bubble tea shops were the first to go: Vivi’s, T-Swirl, and The Whale Tea. The majority of shops on Chapel Street and Whitney Avenue have shut down.

Valerie had already planned to be on campus through the summer doing psychology research in a lab in New Haven. She holds out hope it will happen, but is bracing for the possibility of cancellation. She had also planned to return to Vietnam to visit family and renew her student visa, which must be done annually.

But as of Thursday, March 19, the U.S. Embassy and Consulate in Vietnam cancelled routine immigrant and nonimmigrant visa appointments. The next Friday, they announced that they were no longer accepting applications for visa renewal by mail for nonimmigrant visas, saying that they will “resume visa service as soon as possible.” Valerie says this new policy will not affect her as long as she doesn’t leave the United States, and her I-20—Certificate of Eligibility for Nonimmigrant Student Status—remains valid.

Acutely aware of the hardships low-income and international students face right now, Valerie joined the student advocacy group in support of a universal grading policy for spring 2020. Even though she’s living in Pierson College, Valerie—a Statistics & Data Science and Cognitive Science double major—struggles to concentrate on Zoom lectures and seminars. But if she had gone back home, “healthcare access would’ve been shit,” she would have been forced to attend classes in the middle of the night, and she wouldn’t have had an internet connection for at least half a month.

“A lot of what we were advocating for was for the most affected demographic,” she says, and pauses. “And I guess I count.”

Yale’s decision to send students home invited discussions about the physical university’s role in ensuring student well-being. Even beyond concerns about food security and housing, students who rely on Yale’s campus for services like therapy, students whose families do not accept their gender or sexuality identity, and students who come from abusive homes, felt that they had been stranded without resources.

“The one thing I kept thinking about was that there were other students who were very affected who could have benefited from staying, but they really couldn’t,” Valerie says, adding that the petition process for remaining on campus could have been more transparent. In a March 12 email, Chun said he planned to work closely with residential college heads and deans to determine which students need to stay. But Neche Veyssal, former co-president of First-Generation Low-Income at Yale, told CNBC that she spoke to many students who were forced to move into friends’ off-campus apartments in New Haven when their requests to stay at Yale were denied.

“The way we’re feeling right now is very existential,” says Valerie. “Everybody has to worry about their survival. But I wish the administration was a little more decisive.”

Antonio, too, finds it harder to concentrate on academics amid mental health struggles, fears for his family, and forays into the news.

“I understand that it’s not a priority these days,” he says. “Even if we try to make it a priority, I think we would still struggle so much. It’s not just about socioeconomic factors, but also mental effects of quarantine.”

Yet Antonio enjoys being alone. He does yoga by himself and laughs at his own jokes. He reads a lot—books matter a great deal to him—and has been returning to the lessons of Gustave Flaubert’s Madame Bovary. He says the book reminds him how to cope when reality does not match up with his ideals, a prescient lesson during quarantine.

He does miss hugging and kissing his friends, describing himself as an “extremely touchy” person. He was raised in a community where a high level of physical affection is the norm. Over Zoom and FaceTime, much of our humanity—our physicality—is lost. But even through video chat, Antonio’s voice retains its characteristic warmth.

“I feel like being able to bear solitude is something that we should all aim for,” Antonio says. “It should be a pivotal thing in our lives, because it teaches us that we embrace the way we are.”

— Ella Goldblum is a first year in Saybrook College. 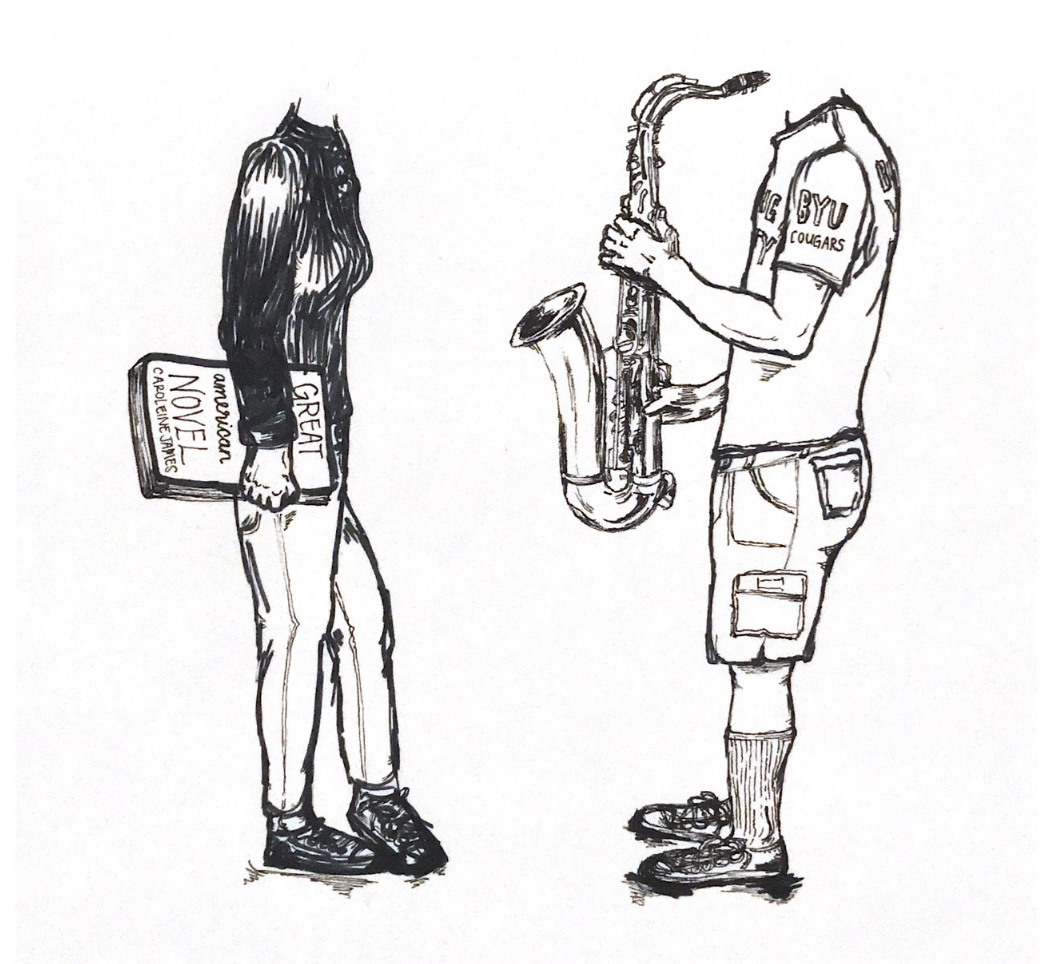