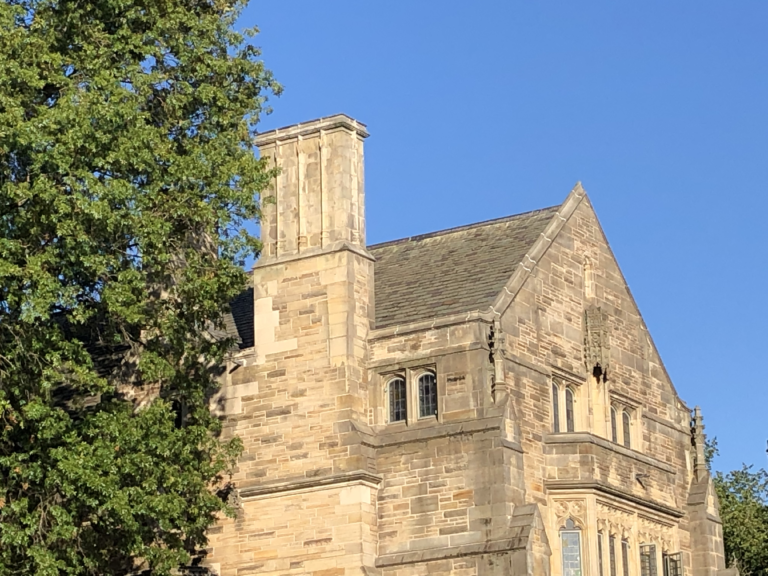 Left Out in the Cold

Non-tenure-track faculty at Yale with expiring contracts find themselves jobless during the pandemic.

For Timothy Kreiner, a lecturer in Yale’s English department, the second Wednesday of April began just like any other quarantine morning. From a sparsely furnished room in his East Rock apartment, he opened up the Zoom for his Directed Studies class and watched his students tile his screen as they logged in from all across the world. Time zone differences and pandemic stressors were all but forgotten as they debated the merits of Nietzsche’s Genealogy of Morals, exchanging ideas as freely as they had within the oak-panelled walls of Linsly-Chittenden Hall. But Nietzsche wasn’t the only thing on Kreiner’s mind as he watched the conversation unfold—the university had just announced a hiring freeze that left the employment status of instructional faculty uncertain in the midst of a global pandemic.

The message arrived in Kreiner’s inbox the previous afternoon, with the same blue heading that had come to distinguish all official communication from the Provost’s office. Following other universities across the country, the email declared that Yale would be extending the university-wide hiring freeze that had been enacted at the onset of COVID-19 into the summer of 2021. The hiring freeze didn’t affect tenure-track faculty, who had recently been given a one-year extension on their tenure clocks, but it was less clear what it meant for instructional faculty employed on short-term contracts like Kreiner. “Technically, what happens for those of us on one-year contracts is our contract ends, and then we get hired anew,” Kreiner told me. “Because of the hiring freeze, nobody could say whether that was going to happen at all.”

With his contract set to expire at the end of June, Kreiner had to act quickly. Together with three colleagues in the humanities, he drafted a petition requesting the same one-year contract extension for lecturers that the university had granted to tenure-track faculty in March. “Faculty on expiring contracts are compelled to apply for jobs that have never been so scarce,” the lecturers wrote. “These acts could literally be lifesaving.” By the time they submitted the petition to President Salovey and Provost Strobel on April 17th, they had gathered 875 signatures from students, researchers, and faculty members across the university.

Two days later, Dean Gendler announced that contract renewals for instructional faculty would be determined on an individual basis—essentially the opposite of what Kreiner and his colleagues had requested. Though Salovey and Strobel thanked them for their petition, they too remained silent on the possibility of a universal extension. But at the end of April, the administration appeared to change course, declaring that the Faculty of Arts and Sciences (FAS) would be issuing reappointment letters to “every instructional faculty member who had been part of [their] curricular planning prior to COVID-19.” In some ways, the announcement was a “complete one-eighty” from the case-by-case renewals that were previously announced.

Still, it was not the universal extension the lecturers called for. The policy excluded the nearly eight hundred instructional faculty who taught in Yale’s other professional schools, and even within the FAS, it didn’t specify who had been included in the pre-pandemic planning. “I don’t want to minimize the gain because it probably meant that a lot fewer people were let go than might have been otherwise,” Kreiner said. “But on an individual level, what it really amounted to saying is, ‘We won’t fire you if we hadn’t already planned to fire you.’” And no one knew who Yale planned to fire.

“But on an individual level, what it really amounted to saying is, ‘We won’t fire you if we hadn’t already planned to fire you.’” And no one knew who Yale planned to fire.”

Among the individuals whose contracts had been terminated was Aaron Carico, a lecturer in the American Studies department who had drafted the petition with Kreiner. When I spoke with him at the end of June, he didn’t strike me as the typical bookish academic—he beamed from behind his pale pink glasses as he told me about the two nights he spent at New York’s “Occupy City Hall” encampment as part of the nationwide protests against police brutality.

In some respects, Carico had been the ideal candidate for a career in academia. After earning his PhD in American Studies from Yale in 2012, he had held prestigious fellowships at Princeton and the University of Illinois before returning to Yale in 2015, when he had begun teaching on a yearly contract. Just before he learned in the spring of 2019 that his contract for the 2019-2020 school year couldn’t be extended, he had landed a book deal with the University of North Carolina Press. “Having a book come out is the key to unlocking tenure for a lot of folks,” Carico said. “For me, it was when I would be kicked out of the job.”

Like many of his non-tenure-track colleagues, Carico received no explanation for why his employment at Yale was ending. “Don’t take it personally,” his department chair told him, “It’s not a departmental thing.” He explained that the hiring decisions for instructional faculty were made by the deans of each respective school based on factors like course demand and budgeting constraints, directly contradicting what Carico had often been told as a graduate student in the same department. “All the professors said that if you did all the right things, you would land one of these plum positions,” Carico recalled.

For Ruth Koizim, who has worked as a lecturer in the French department since 1983, the contingency of non-tenure-track faculty has been a defining feature of her time at Yale. (She doesn’t like to use the phrase ‘instructional faculty’ because it was a term “awarded to [them] by the administration.”) Even before COVID-19, the employment of lecturers was dependent upon the whims of the administration, shaped largely by economic factors outside their control. Koizim described what happened in the early 2000s, when Yale expanded its selection of language programs and caused enrollments to drop across all courses in her department. “Nobody’s going to say a word about the professor whose class has three students and a teaching assistant,” she said. “But the lecturer, who over multiple semesters has three kids a section, that person is going to be low-hanging fruit. At a certain point, the students will be voting with their feet.”

But the pandemic raised the stakes even higher for non-tenure-track faculty, particularly for those on expiring contracts. The hiring freezes implemented at universities across the country meant that it was nearly impossible to get an interview for another position, let alone a job offer. When April 27th came around and Carico saw that the petition’s request for a universal contract extension wouldn’t be granted, he realized he was likely facing the end of his academic career. “I had known all year and had been preparing for my contract to end,” he said. “But in the midst of a pandemic and, you know, the second Great Depression, Yale and its largess could have done something to ensure that we aren’t without healthcare or a paycheck while everything is going to shit.”

Two weeks after he learned that Carico and another colleague would be losing their jobs, Kreiner reflected on his experience organizing the petition at a virtual teach-in hosted by the Endowment Justice Coalition. (The second lecturer declined to be interviewed for the article, citing the need to preserve their mental health.) Sitting behind the same desk from which he had taught his Directed Studies sections, he questioned whether there was anything worth saving in a system of higher education that placed its financial security above the needs of its teaching staff. For Kreiner and many other lecturers, it had come to the point where their situation’s precarity made it impossible to fully commit to the work they had signed up to do. “The vast majority of undergraduate education is now being performed by people who don’t know whether they’re going to be on campus after next year,” he said. “If we have to spend our time looking for other jobs and worrying when our next contract ends, that comes at the cost of things that need to be thought through with online education.”

For Kreiner, the outlook seemed bleak. Even though he had managed to survive the initial round of budget cuts, his employment was contingent upon the more severe measures the university would inevitably take in the coming years. But the teach-in also offered a more positive vision for what the future of academic discourse could be. The free-flowing dialogue that took place between participants after Kreiner finished speaking was exactly the kind of experience that universities charged a premium for, but it occurred without any institutional involvement at all. In a sense, it answered Kreiner’s question in the affirmative by demonstrating that there were in fact elements of higher education worth saving—but that they didn’t have to exist exclusively within the walls of the university.

Perhaps Carico had realized this by the time we spoke in June, which would explain why he was so energized after returning from the protests despite being newly unemployed. While he hadn’t yet found a job to make ends meet, he had several ideas for what he wanted to do next—maybe mental health advocacy or social work, and certainly something that would allow him to keep writing. “I don’t regret my decision to go into academia—while you’re able to keep a foothold there, it’s a really rewarding and magnetic place,” he said. “It’s just that there’s a very sharp drop off a cliff at the end.” Now, at the bottom of the cliff, he was discovering just how much had been waiting for him.

—Mirilla Zhu is a junior in Saybrook College.