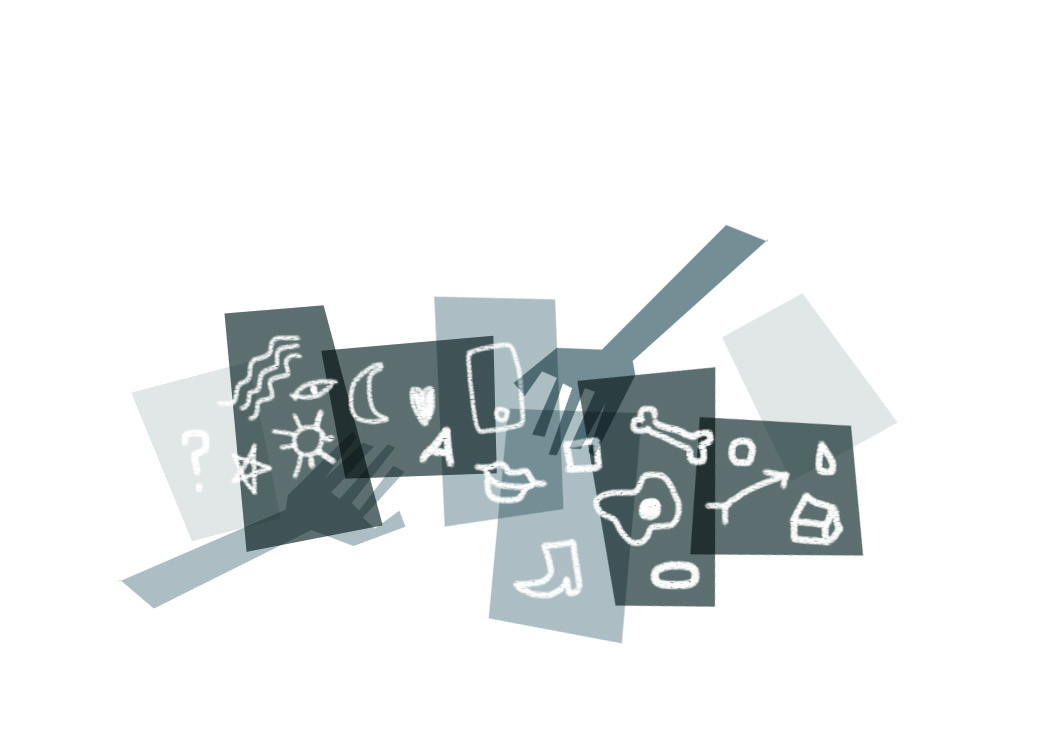 I am a twenty-year-old college junior and terrible at making decisions—the sort of person who agonizes for an hour about which pack of white socks to buy on Amazon. I have a handle on my immediate future; the rainbow tiles of my Google Calendar are a warm, constant presence in my life. But beyond tomorrow or next week or next month, I am at a loss as to how to make Decisions about The Future. People say follow your dreams, but I am not destined to become Aziz Ansari’s personal assistant. I have tried going to Yale’s Office of Career Strategy, but the well-meaning people there ask way too many questions: What do you want to do? What are your passions? If I knew, I would not have trekked half a mile to their office in the first place.

As twentysomethings growing up in this era, we are privileged to have so many more options than our parents. (Amazon offers 348,353 search results for “white socks.”) But, sometimes, too much choice can be paralyzing. For this reason, I have decided to see the psychics.

In early November, I travel to two weekend psychic fairs. The first is in the Best Western Plus hotel in North Haven, which exudes the sort of muted despair I associate with bland, you-could-be-anywhere-in-America architecture. The second is in the Hyatt Regency in Greenwich, whose lobby is comically ritzy, filled with trees that reach up two stories, climbing vines, shrubs, a lazy river, a pond, a waterfall, and glowing lanterns. I Instagram it immediately. Outside each hotel is a small lawn sign staked a foot from the highway: Psychic Fair Today!

Psychics don’t have the best reputation. If we examine the foundation of our shared cultural memory, Harry Potter, we find a typical portrayal of the psychic: Professor Sybill Trelawney. She bumbles around Hogwarts with her crystal balls, making predictions that range from the laughably vague to the absurdly alarmist, serving mostly as comic relief.

In the real world, high-profile seers don’t get much respect, either. Nancy Reagan consulted the stars before making any important decisions—for that reason, her husband’s 1967 swearing in as governor of California took place at 12:10 a.m. Later, an embarrassed President Reagan insisted to reporters, “No policy or decision in my mind has ever been influenced by astrology.” (Too bad—maybe the constellations could have saved us from trickle-down economics.)

In the best case, I will leave these hotel lobbies with clear next steps. In the worst case, I’ll find myself in a small room with a bunch of Sybill Trelawneys. But remember: Professor Trelawney was wrong ninety-nine percent of the time. The other one percent of the time, she did indeed have the power to prophesize.

In the best case, I will leave these hotel lobbies with clear next steps. In the worst case, I’ll find myself in a small room with a bunch of Sybill Trelawneys.

When I get to the Best Western, I take a picture with the psychic fair sign for my Snapchat Story. This is partly to announce what a cool Saturday I’m having and partly to leave the police a precise geographic location of my whereabouts in case the Spirits don’t want to let me go. I gather my courage, step through the sliding glass doors, and head inside. I walk into a small conference room decorated in chain-hotel chic. To my right, about nine psychic readers sit behind individual tables, facing their clients. To my left, a few rows of chairs form a waiting area where people pass the time until they’re called up for their appointment with destiny. Someone is playing gauzy New Age music from an old iPod. Most of the people look old enough to be my parents or grandparents.

Inside, I reach for my wallet and realize I have no cash. “Do you take —” I start to ask. “Yes,” says Reverend Robert Stempson. He’s been organizing these psychic fairs since 1984, through his for-profit business, the Programs for Human Development. PHD puts on four psychic fairs a month across Connecticut. Stempson doesn’t sit behind a crystal ball; he has a MacBook and a cash register. His white hair and beard, combined with a checkered button-down shirt and khakis, make him look like a high school principal on his day off. He swipes my debit card. Fifteen dollars for fifteen minutes. I am a little poorer, but I figure it’s a small price to pay to resolve The Future.

I’ve never met with a psychic before. It’s the sort of activity that my immigrant parents would consider haram, or at least highly suspicious.

My first interaction is a disaster. Starr, a medium wearing librarian chic—lilac shirt underneath a lavender cardigan—sits behind a table covered with Dragon’s Blood herbs, Magic Pagan incense, a Hindu om charm, a crucified Jesus, a seated Buddha. I just want to interview her, but then she tries to squeeze in some psychic predictions. She made one banal observation (I like to write, go figure—I’m carrying a notebook). And then she goes for it: “You got a grandmother that was a slave. Do you know about it?” I try not to roll my eyes. My grandparents all live in Nigeria. No one in my family was ever a slave. And besides, even if my family were American, my grandmother would have to be approximately 150 years old to have been a slave in this country. Millennials do a lot of things well, and one of them is refusing to put up with weird racial commentary from old white people. Some people may say that this means we are “coddled.” I feel bad for these people—they didn’t get to grow up in my America.

When I return to Stempson to choose my reading, the Tarot is on my mind. A few weeks ago I acquired a little book called The Symbolism of the Tarot: Philosophy of the Occultism in Pictures and Numbers, originally published in Russia in 1913 by a mathematician and “esotericist” named P.D. Ouspensky. He explains that the Tarot is a pack of fifty-six cards divided into four suits (scepters, cups, swords, and pentacles), plus twenty-two more numbered cards with special names like The High Priestess and The Hanged Man.

According to Ouspensky, the Tarot is no game. It is a diagram of the universe. In the center, there’s a single card: The Fool, representing man. The twenty-one other named cards are placed around it, in a triangle with seven cards on each side. This is the Christian Trinity—God. On the outside, the fifty-six remaining cards form a square, representing the physical universe.

I imagine myself spinning around in a shower of $100 and $50 bills, grinning. Spirit, you are too kind.

I scan through the options on Stempson’s table: Barbara S. reads the stars, James is a clairvoyant and medium (and does a lot of readings with a blindfold on), Ivory reads playing cards, and Barbara D. is a medium and a pet psychic. I wonder what sort of person would want to have a conversation with their dead parakeet or Pekingese. Then I see Heather: warm brown eyes and a kind face that patients must be happy to see at the hospital where she works as a nurse. And she reads the Tarot. Heather’s the one.

I sit down across from her and shuffle the cards, clumsily. I’ve never met with a psychic before. It’s the sort of activity that my immigrant parents would consider haram, or at least highly suspicious.

I make three equal-sized stacks with the cards facing down. I pull one card from each stack and then place it on top, facing up. I will do this four times in our fifteen-minute session: The Future in twelve cards. First, a wizened old man holding a staff and a glowing lantern. “The Hermit is going within, having a lot of a connection to spirit,” Heather says. “When you go to sleep at night you can ask spirit to help you to answer questions or to take you where you want to go.” But to this day, my dreams remain a mix of petty embarrassments (sleeping through finals) and embarrassing absurdities (Justin Bieber is my next door neighbor and we go surfing together).

Optimism is so elusive because pessimism—about the depressing lunacy of our politics, the catastrophe of climate change, the persistence of religious extremism, the ambient fear of gun massacres—feels like it has been the underlying emotion in the United States for the past couple of decades.

I pull the Ace of Pentacles, a hand reaching through a white cloud and holding a glowing sphere. “This is a new beginning coming with money,” Heather says. Thank god. Here, I almost insert a quip about how little money is in my Wells Fargo account. I imagine myself spinning around in a shower of $100 and $50 bills, grinning. Spirit, you are too kind.

In a second, Heather holds up the Page of Cups, a young guy grasping a golden goblet. She asks if I’m dating anyone right now. I hesitate. “Kind of,” I say. I am in a thing right now, after becoming a little too comfortable with the rhythmic swiping of Tinder. But this thing is missing an emotional center. Out loud, it’s easy to blame hookup culture—why don’t we care about true romance? But that’s just me parroting the typical line. In all honesty, I wonder if I’m incapable of affection.

“There’s more of a love relationship coming in for you,” Heather says after I pull the Two of Cups. “A heart connection.” It’s not like Heather gives me a name or a date. But: Love, actually…Eventually. The rational me says that this is an obvious conclusion: of course I would find love, most people do. But I have to admit that I feel relief wash over me.

As the remaining fifteen minutes turn into ten and then five, Justice tells me that what I’m studying is “meant to be.” Eight of Swords says I need to stop worrying so much, and The Hanged Man assures me that, with my divine connection, I will get the answers in time.

The psychic fair offers instant validation. All you have to do is hand over a bit of money—and what’s more American than that?

***
The psychics are purveyors of suspended disbelief. Optimism is so elusive because pessimism—about the depressing lunacy of our politics, the catastrophe of climate change, the persistence of religious extremism, the ambient fear of gun massacres—feels like it has been the underlying emotion in the United States for the past couple of decades (as long as I’ve been alive). That pessimism has seeped from the national narrative into our own lives.

The psychic fair offers instant validation. All you have to do is hand over a bit of money—and what’s more American than that?

As I sit in the hotel lobby, watching my Uber inch closer to me on the virtual map, I think about why I came here: to see what the psychics could offer a young person from this generation, cultured by snark streaked with sincerity, raised during a tumultuous time. At the fairs, I ran into only a couple of people my age; the prime demographic seemed to be middle-aged women who burn a lot of incense. But in a single afternoon, I had been promised that someone will love me, that I will be rich, that I’m on the right path. While my political science courses tell me that good public policy is the only way to save America from flaming ruin, perhaps what I need is the optimism of the Tarot. 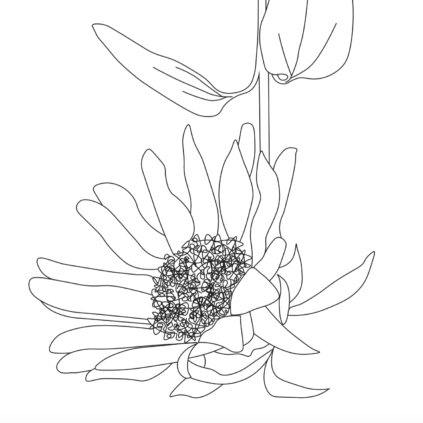