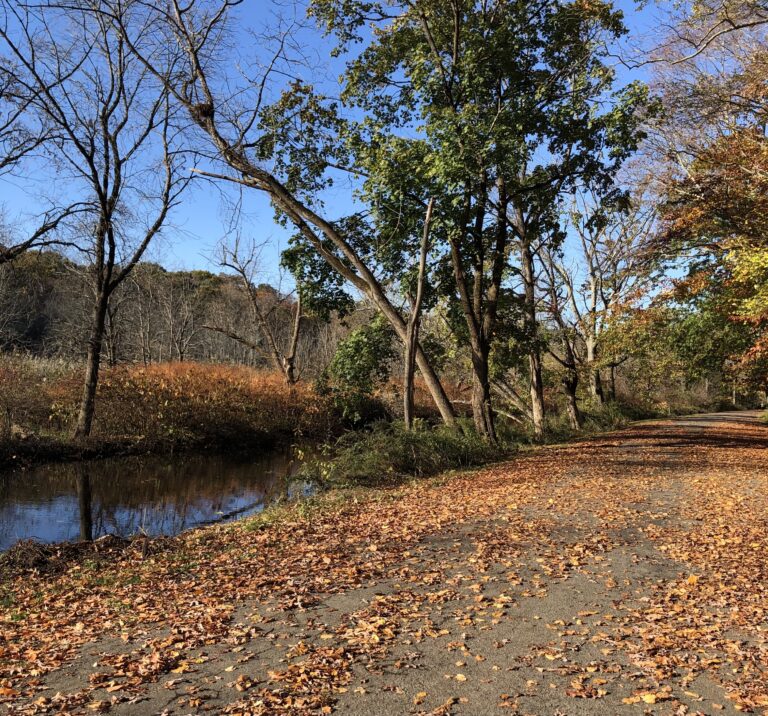 A Need for Green

In the summer of 2019, six goats took up residence at Edgewood Park. They spent months munching their way through the park’s poison ivy and Japanese knotweed — both invasive species. The goats were brought to the city in a collaboration between Green Goats and the Friends of Edgewood Park, a volunteer-led group that keeps Edgewood Park afloat. Friends of Edgewood Park are just one example of the vital role these volunteer-led organizations have taken on in maintaining and beautifying the parks that , especially in a time when New Haven’s city government has not had the capacity to do so.

The long-term effects of the merger remain unclear, especially because most youth programs were cancelled this summer due to the pandemic. Initiatives like the one that brought goats to Edgewood won’t be affected because they operate separately from the government. But still, even with the new and supposedly more efficient alignment, maintenance of the parks is no easy feat. “I know how hard [our maintenance staff] works to keep the city clean,” said William Dixon, Deputy Desk Director of Recreation. “Every day getting up for work is a challenge, figuring out who dumped what on a Monday morning and where the trash is at.”

Dixon has worked with the Parks Department for 19 years, although he now reports to the Youth Services Department. In this position, he runs recreational programs, manages permits, and plans events. Day to day, he spends much of his time in the park. “I’m an outdoors guy,” he said. After work, he drives through the park, seeing who’s around. “I see what’s going on, I see who’s using the park.”

This year, Dixon only worked from home for about six days. The rest of the time, even in March and April at the height of the COVID-19 pandemic in Connecticut, Dixon was in his office or in the parks. “No one was here anyways,” he said. “When the weather gets warm, people want to be in the parks.”

COVID-19 complicated the restructuring of the parks management system, as emergency management became the city’s top priority. By the summer, however, parks had become crucial as people coped with isolation and spent more time outdoors. According to Rebecca Bombero, Deputy Chief Administrative Officer for the City of New Haven, parks had a “huge increase in usage” that began as early as March. The city closed Farnham Drive and English Drive to cars in order to accommodate pedestrian congestion in East Rock Park and give people more room to spread out. They also began issuing permits for people to use certain fields across the city. To get the permit, however, “people need to have a COVID plan,” Dixon said. “And they need to stick to that plan, particularly if it’s a large group.”

Across the country, the pandemic has highlighted the need for public spaces, especially parks. The Project for Public Spaces, a New York-based nonprofit that consults on the design and planning of public spaces, has been working since the 1970s to make communal spaces more accessible and innovative. “I’m thinking about mental health, for example,” said Priti Patel, the nonprofit’s Senior Project Manager. “During this time of isolation with everybody fearful and scared to leave their house, public spaces have been able to provide some sort of mental escape or mental health opportunity.”

Yale students, as well, have made more use of the parks this school year since returning to campus. Yale Outdoors, which usually leads camping and hiking trips outside of the city, has frequented East and West Rock to take in sunsets and hike beneath the bright orange trees.

The increase in park usage, however, coupled with underfunding and behavior such as littering and graffiti, continues to put strain on the newly formed Department of Parks and Public Works. “As with most sectors of city government, unfortunately, there’s never enough resources to do everything you want to do,” said Bombero. As a result, the city relies heavily on volunteer and private organizations, such as the Friends of Edgewood Park, to plant new trees, maintain gardens, and push for new projects.

Edgewood Park sits between West River Memorial Park to the south and West Rock to the north. Entering from Edgewood Avenue, a steep road leads down to the duck pond, where people bring their own boats to canoe or kayak. By the pond, don’t expect much company apart from the birds. A walkway surrounded by dense bushes leads around the edge and under a bridge.

The Friends of Edgewood Park organizes many different programs and groups that lead efforts to maintain and beautify the park, including managing gardens, clearing trails, and planting trees. Every fall, they also teach community members how to tap the maple trees for sap, and one member explains how to process it. The organization has existed for over one hundred years and was created originally to supplement the work of the Parks Department. “The Parks Department, they don’t have the capacity to do a lot more than to take down huge trees and to mow and to pick up trash twice a week,” said Stephanie Fitzgerald, a ten-year member of Friends of Edgewood Park. “They can’t take care of gardens. So we fill in that part.”

Each end of the long and narrow park features ponds, playgrounds, and a skate park. A pedestrian path cuts through the center underneath a canopy of trees. Since the two ends of the park are almost a mile apart, however, Fitzgerald said at times they can feel disconnected. So the group is planting trees and a garden in the center with the “vision that people will come together … and really get to know one another.”

The Urban Resources Initiative (URI), a nonprofit partnered with the Yale School of the Environment, also works closely with the City of New Haven to promote green areas throughout the city. The group began working in New Haven in 2007, and has since planted over 9,000 trees throughout the city. “There are so many different benefits of trees,” said Anna Pickett, Development and Outreach Director at the Urban Resources Initiative. Trees of course provide shade and reduce carbon dioxide in the air, but Pickett also pointed out lesser known benefits of trees such as filtering out soil pollutants and flood reduction.

Through URI, citizens of New Haven can request a tree for their neighborhood. The group delivers and plants the tree, and the citizens are expected to water and maintain it. “The people who live near the trees are committed to caring for them,” said Pickett. “There’s some ownership, there’s a relationship they have with their tree that helps keep them alive. And our survival rates are higher because of that.” Despite the work of the community, however, it’s still hard to maintain trees. URI helps to plant around 500 trees in the city every year, just enough to replace the ones lost to disease or old age.

Overall, there are around 30,000 street trees in New Haven, and many more in the parks, although those have never been officially surveyed. The Urban Resources Initiative compiled a map measuring New Haven’s urban tree canopy in 2010, and released an updated version in 2016. According to the Urban Resources Initiative, the urban tree canopy is the “layer of leaves, branches, and stems of trees that cover the ground when viewed from above.” Unsurprisingly, West Rock and its surrounding area has the most tree cover of any neighborhood in New Haven, followed closely by Westville and Fair Haven Heights.

The aesthetic value of trees is apparent — especially in the New Haven fall — but, as Pickett said, they’re much more than eye candy. A study by Austin Troy, J. Morgan Grove, and Jarlath O’Neil-Dunne published in 2012 linked a 10 percent increase in tree canopy cover to a 12 percent decrease in crime in Baltimore. The research is far from conclusive, but the point stands — trees are indispensable. Parks are indispensable. With New Haven and the rest of the country reeling from the pandemic, this is when we need green space the most.

Since the restructuring of the Parks Department, the city government appears to still be catching up to the change — according to the city website, the Department of Parks, Recreation, and Trees still exists. But the parks aren’t going anywhere. The community groups who watch over them continue to pick up trash and clear trails, even during the pandemic. The park rangers, with extra time on their hands because of cancelled programs, recently removed five trees from the West River, which runs through Edgewood Park, to clear the way for kayaks.

But no one understands the need for parks more than the communities they belong to. Volunteer groups, dedicated civil servants, and the goats who munch on knotweed are looking out for the New Haven. Amidst future budget turmoil and an ongoing pandemic, the parks will have many people in their corner.

—Meg Buzbee is a first-year in Pierson College.