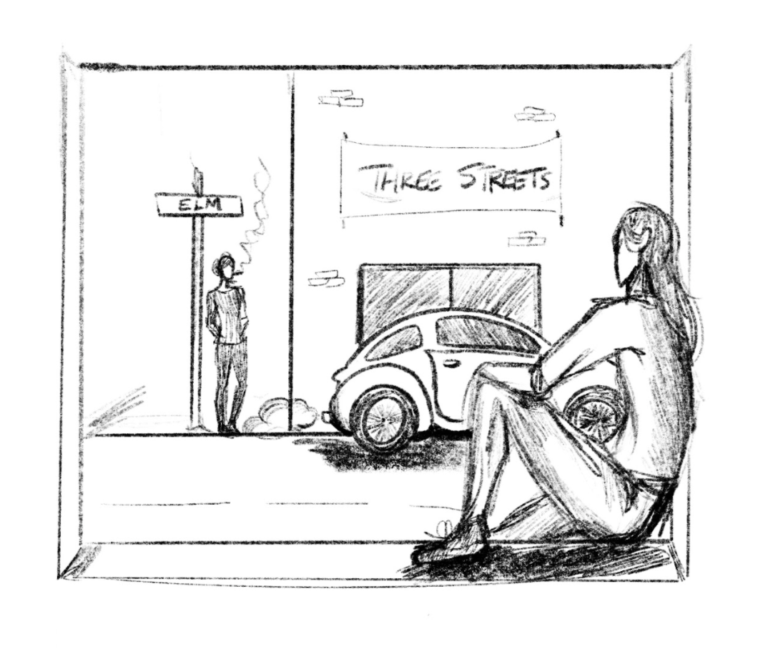 I live in a first-floor apartment in New Haven, Connecticut. Our living room looks onto Elm Street, just east of its intersection with Howe. This is the Elmhurst.

A mix of businesses and apartments surround us. Jane Jacobs would be proud. Our eastern neighbor is the Coop, which advertises on Craigslist and mandates 75% consensus for accepting new members. It houses at least one talented trombonist, an elderly man who enjoys reading on the front steps, and a skinny woman with a relaxed smile who smokes cigarettes (my roommate and I like to imagine she is our elder queer icon). More non-student “real people” live across the street at 364. Our landlord owns another, nicer building at 366. Their residents, like us, are mostly undergraduates. I once visited 366 to kill a friend’s spider. It looked like the dorms I used to live in. West of 366 is Three Sheets, perhaps the only bar in New Haven that stayed open during the pandemic, courtesy of its outdoor patio. West of Three Sheets—Main Garden, a cheap Chinese restaurant with apartments on top; I bought a skateboard off Facebook from one resident. Across from Main Garden is Alpha Delta Pizza. They stay open until 3 AM all week. Zach’s, a homey liquor store, is on the corner.

That’s just the microneighborhood. Further west, more single family homes and townhouses pepper the road to Stop and Shop; the road passes at least one funeral home and a behavioral health center. Further east, and the university begins to dominate. The Bank of America parking lot attracts skittish white kids buying weed. A large Episcopalian church shields us from the Broadway shopping district. A few fraternity houses sit across from it.

Only one of our front windows has a screen. I like to sit in the other and watch. Especially when the sun is overhead in the late morning, I like to slouch against the frame and let one leg dangle out. One time an older man walked up and tried to ask me out for a drink, but I am mostly left alone. I never feel unsafe. I like to watch the staff open Three Sheets.

When I finish my rice or tea and biscuit, I leave the window. The sound remains hard to ignore. Our stretch of Elm Street is a two-way parade on an otherwise mostly one-way street: pedestrians, dirt bikes, motorcycles, what can only be described as electric tricycles, skateboards, commuting and recreational bicycles (kids do wheelies on the latter), obnoxious “peddle pubs,” and variously luxurious or decrepit cars screech or slide by at all hours of the day and night. One vaguely cursed-looking, washed-out ice cream truck parks outside Alpha Delta and never seems to be open. It looks so clearly like a drug front that it probably isn’t. City officials have tried for years to prosecute the dirt bikers they claim “terrorize” residents with reckless stunt driving. Call-in complaints have helped various sting operations. A new ordinance would increase the fine from $99 to $2000.

Last night, somebody threw purple Downy detergent out an Elmhurst window. The thumping bass of a small but exuberant party kept other building residents up until one or two. A homeless, alcoholic man who often sits on our front steps was arrested. I haven’t seen him since. A Coop denizen who maintains the front garden swept up some glass, but a purple stain remains. It is thick and sticky, almost gelatinous.

—Kathryn Paton is a senior in Berkeley College. 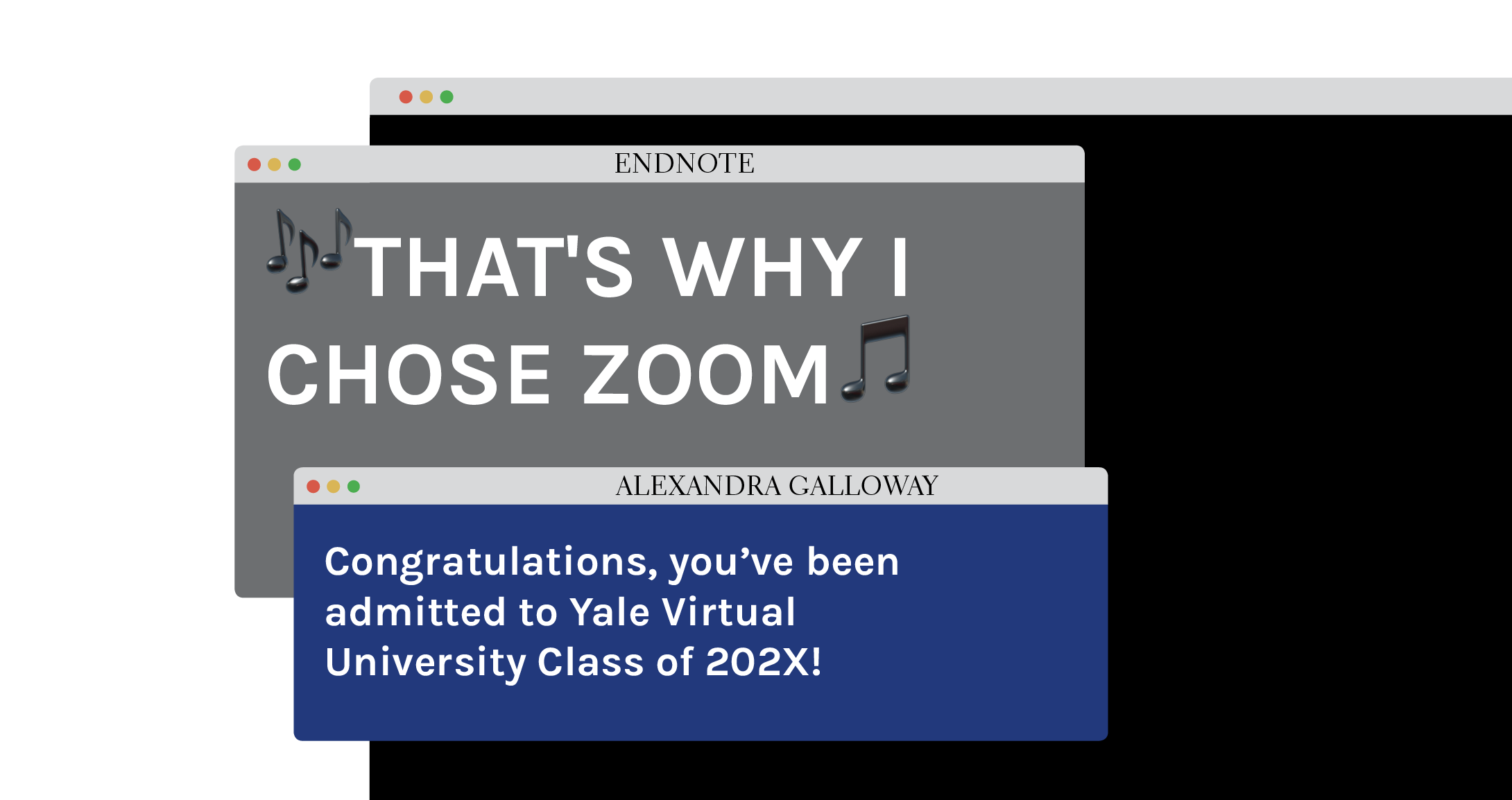 That’s Why I Chose Zoom