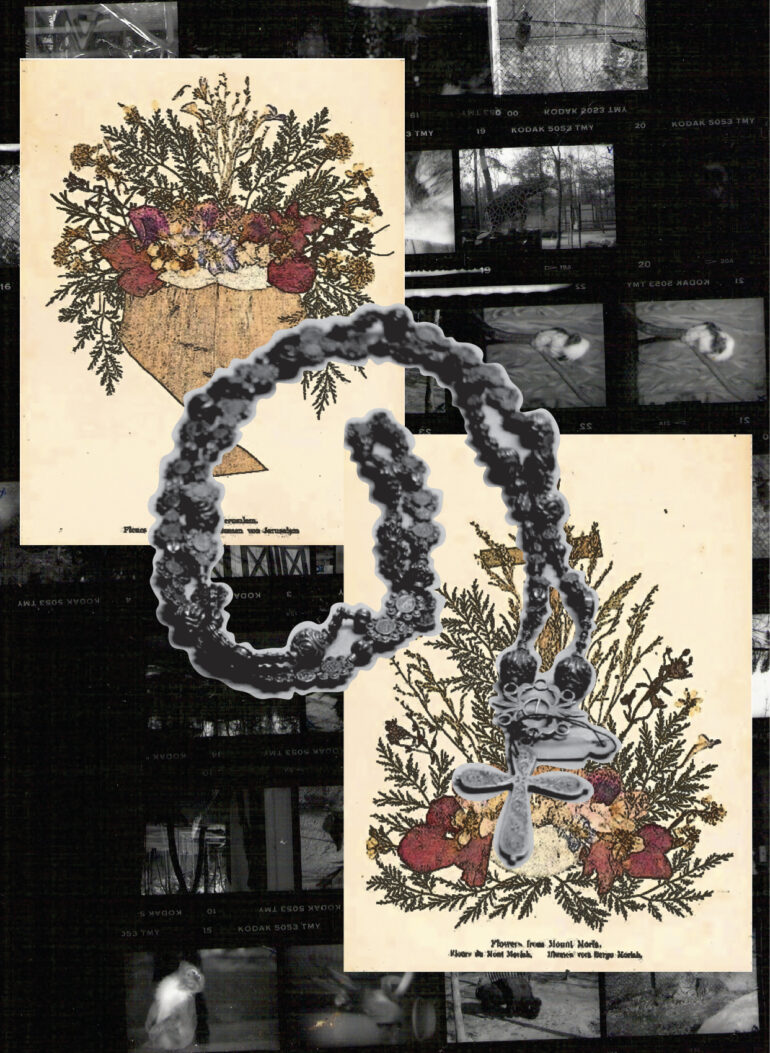 First thing in the morning, I braced myself for another rejection. But by some miracle, today was different than the last ten days; today, an operator finally picked up. After a week and a half of making groggy 8:00 a.m. phone calls, staring at “no appointments available” messages, and listening to the locust drone of busy signals across various vaccine hotlines, I was starting to think I’d never find an appointment for Sam, a jovial older man from Guilford. Sam was my first client for the Vaccine Buddies volunteer program, a joint initiative between the Connecticut Agency on Aging and Interfaith Volunteer Care Givers (IVCG) to help seniors secure COVID-19 vaccines.

Vaccines became generally available to New Haven residents 75 and older on January 18, 2021. Just four days later, I received a Vaccine Buddies invitation email from Jane Ferrall, the executive director of IVCG. At the end of the email, she urged: “Right now is a historic time for us to rally round and help our seniors when and where they need it most…and if not now, when?” I wouldn’t meet Jane until months later, but her passion for service resonated through her writing.

By the end of March, Vaccine Buddies and other IVCG volunteers had made over 150 appointments for seniors aged 65+ and provided medical transportation to over 750 clients, highlighting not only the power of volunteerism but also that of faith-based organizations to provide vital social services in times of need. Though IVCG is no longer an explicit faith-based organization, IVCG has its roots in religious practice that still informs many of its volunteers and staff, including Jane herself. The “Interfaith” in IVCG’s moniker pays homage to IVCG’s parent organization, Interfaith Cooperative Ministries (ICM), through which many present-day social service organizations in New Haven received their initial seed funding and institutional backing. Columbus House, Downtown Evening Soup Kitchen, and the Greater New Haven Community Loan Fund, which has funded development for over 2,500 housing units in New Haven, are just a few of such organizations.

Despite its far reach, I had never heard of ICM until Jane mentioned it to me. First established in 1970 as “Downtown Cooperative Ministries” by a couple of mainline churches, ICM formally closed its doors in 2015. Since then, Jane lamented, very few people seem to be interested in learning about its “fascinating” history.

“In the late seventies and eighties, people were very concerned about what was happening to New Haven,” Jane told me. A former lawyer, she spoke with deliberate pauses, giving her words an air of gravitas. “There was already this huge problem with homelessness. There was a terrible divide between Black and White. There was this huge economic divide. The problems that New Haven has today are the problems they were having back in the nineteen-eighties.” Churches, especially those on the New Haven Green, were experiencing these issues first-hand, and the original members of ICM felt called to do something about it. Some church members felt that it was not only their civic responsibility but also their religious calling to help the city, so they decided to create an interfaith ministry that, at least in the early years, was entirely self-funded and operated.

Like many other social service organizations, ICM was born out of a specific time with specific needs. “The nineteen-sixties were, as some will remember, a traumatic period for making everyone, including churches, face up to the highly sharpened liberation issues which were beginning to emerge in terms of housing in neighborhoods, job discrimination, et cetera,” the late Reverend Dr. Samuel N. Slie, a previous ICM coordinator and prominent New Haven faith leader, said in a 1999 interview about ICM’s history. While the post-war rise in poverty was not unique to New Haven, few other cities had such an overwhelming response by the church.

Downtown Cooperative Ministries changed its name to Interfaith Cooperative Ministries in 1995 to welcome organizations of other non-Christian faiths. ICM’s early initiatives included committees to address poverty, politics, and racism. Throughout the late twentieth century, ICM also funded over twenty other organizations that served the community financially. A look at their annual reports demonstrates their remarkable sensitivity to and flexibility for responding to various needs. In 2008, for example, ICM and affiliate organizations responded rapidly to the economic crisis, raising $150,000 to keep an overflow shelter open until May 2009 despite the city’s budget cuts.

“The DCM established a pattern,” Slie said in his 1999 interview, “which persists today, of sticking its neck out where there is a need, asking the churches to help fund an outreach…[to] be able to develop a board, incorporate, acquire a staff, and find federal, foundation or private funds to help meet the needs.”

ICM declined in financial and political influence in the twenty-tens until its formal dissolution in 2015. Some attribute its decline to obsolescence, as its affiliate organizations became self-sufficient, while others point to deeper organizational and ideological issues. Since 2015, no new interfaith organizations have come to the fore. According to IVCG Director Jane Ferrall, New Haven may be unlikely to see another major interfaith force in the future because of increasing secularization, fewer permanent residents with deep roots in the city, and the current trend towards churches “going their own way,” particularly in nondenominational institutions. Furthermore, the mainline churches that have been the strongest supporters of ICM are now struggling to care for their own. “I know this because I’m a part of one of these churches,” Ferrall said with resignation.

Still, Ferrall argues that what current faith-based organizations are doing is no less impactful.  “Faith communities, if you would look at the cumulative impact…it’s profound,”  she said. “There is no way that the government could meet the need. There’s no way they could be nimble enough,  [or] non-bureaucratic enough to meet the need.” The evidence is close to home in ICM’s history and even today through programs like Vaccine Buddies. IVCG’s small size and autonomy, as well as their perceived faith affiliation that may appeal to potential volunteers, allowed them to mobilize a volunteer force as early as January. A similar vaccine program organized by the New Haven Board of Alders (led by Alder Eli Sabin), on the other hand, did not launch until March 13. Where government programs struggle, faith-based services help fill in crucial gaps.

Today, many faith-based communities work not only to provide social services but to do so in a way that is sensitive to the needs of different groups. In New Haven, where racial segregation and opportunity disparities run deep, this often includes activism that goes beyond providing specific charitable services, which certain church leaders have found profoundly lacking. The Revd. Doctor Samuel T. Ross-Lee, the lead pastor at the Black church Immanuel Missionary Baptist, has not seen much faith-based activism in his twenty years in New Haven. Ross said that while there is much “blanket support” from other faith communities, there has been a frustrating lack of political activism.

In both their failures and successes, faith-based social organizations are ultimately more similar to their secular counterparts than they are different. In New Haven in particular, the lines between the two have become increasingly blurred, with some formally religious institutions like IVCG becoming secular in legal status, though not in ideology or leadership, and some secular institutions shifting to faith-based frameworks because of their leading members’ faith. Still, there is something to be said about the differentiating factor of faith itself. Faith may provide a motivation for social work, where there otherwise may not be one internally, or give community members a hope that nurtures perseverance even when things aren’t going well. It is this hope that inspires many faith-based service organizations and community advocates to serve the city with joy. And it’s the same hope that concluded the 1974 ICM Annual Report, laid out on its own page in a prayer:

“If we are divided into separate camps,

Make us see at last

The folly of our division and be sorry for it,

to continue in this situation,

But think and act

In the light of your future, your promise

To make everything new,

—Lillian Yuan is a senior in Pierson College