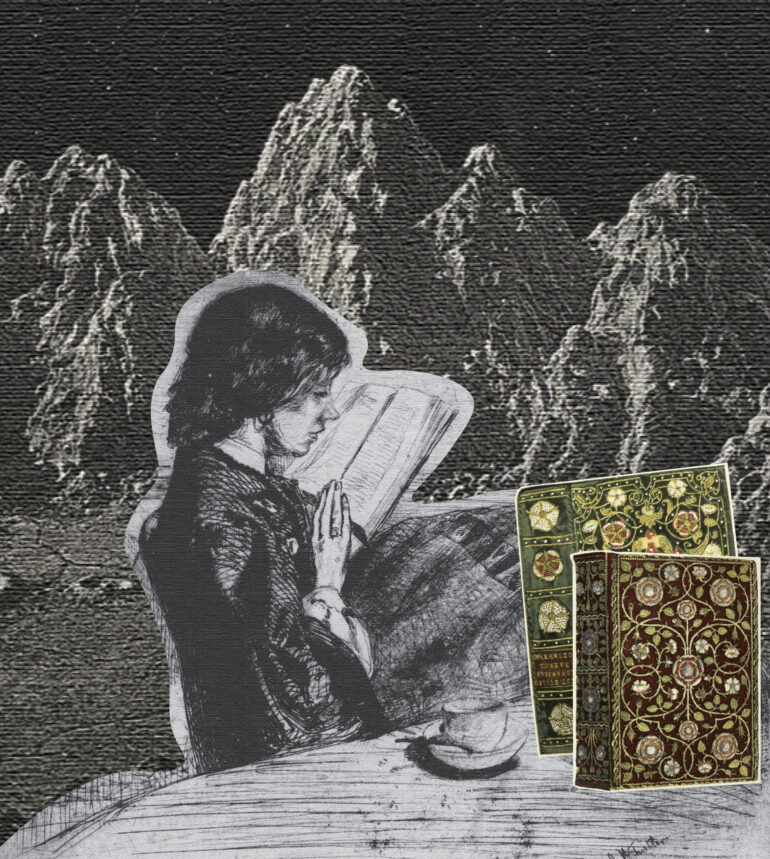 It’s April 7, 2020, and I am sitting in a tree in a park in what feels like the eye of the pandemic. The air is chilly and I can smell yesterday’s lingering rain, the only sign of spring beginning to creep out from hiding. New York City has just reached over three thousand deaths from COVID-19. Each day I have watched the numbers soar upwards on my phone and either resisted or succumbed to the impulse to call everyone I love and ensure that they are O.K. But now it is different and worse: today NYC COVID-19 deaths have surpassed the number of people who died on September 11, 2001—2,977. Anyone born before those attacks felt we had now descended to an unknown, unimaginably horrible circle of hell.

My tree sits at the top of a hill in Morningside Park, by 114th Street. One of the highest in Manhattan, this hill is my sentry point: a height from which I can keep track of everything that passes below. In front of me the ground falls away into Harlem, East Harlem, the East River, and Queens. At my back is the Morningside branch of Mount Sinai Hospital. I know it is there, though I do not turn to look, because I grew up three blocks away. I also know because the wail of sirens drowns out the Rolling Stones’ “Emotional Rescue” playing in my headphones. Many think of the early pandemic period as silent, the moment the world went quiet. New York did not go quiet. It was loud and shrill, filled with the ringing sirens that signalled another person so ill that they had reached their last resort. No one wanted to be in the infectious miasma of the hospital unless it was their only option. In this new aural landscape, I began to read, not to fill the silence, but to shut out the noise.

Over the next two months I would read twenty-nine books on this hill––roughly three and a half books a week. My close friend worked every night as an EMT, saving lives; I stayed at home reading. Going out in the world might have endangered others. Why I continued to read, even after the first burst, is more complicated. Books would give me the tools to reconstruct myself, clothed in the opportunity of escape.

What is fiction for? This question has been either written about or ignored by generations of writers and readers, and it forms the basis of people’s confusion at why I am an English major. Fiction, many have argued, does not serve a greater purpose. But this assertion misses the point: whether it has a ‘purpose’ or not, it certainly has effects.

I have many friends for whom reading fiction is escapism. It’s a way of evading the problems that exist in your world and entering another one where you don’t have to deal with the complications of being “you.” This, I think, is why kiosks in airports sell potboilers and romance novels. If you’re escaping daily life with a vacation, you want your reading to help you. In New York City in April 2020, escapism seemed understandable. But is escapism always frivolous?

I began with a desire to leave, go anywhere, since my life last spring was an unusually self-contained narrative. It was a story of isolation that did not spill over into others but remained within the structure it could itself produce—and under the circumstances it produced a soliloquy. Through reading, I could break through that structure and engage with a multitude of narratives that interrogated and enriched my own. As I read, my soliloquy became a dialogue. Tayeb Salih and Zadie Smith, generations apart, exchanged diverse immigrant experiences. Sam Shepard and James Baldwin sparred cross-country over the enduring power of past loves. By leaving my own world behind I tumbled into several others.

Virginia Woolf writes of this fall into another world, this merging of the self and the other. In a letter to her friend Ethel Smyth, Woolf explains that the novel “splits us into two parts as we read.” Through reading, we experience “complete elimination of the ego” and also “perpetual union” with the mind of another. Woolf’s language is a bit grandiose—I’m not sure if many readers can lay claim to a “complete elimination” or “perpetual union.” Yet the attempt is worth a shot. Like Woolf, I have found that to read a book as deeply as I can, I must nearly abandon myself on the first page. I must first yield myself completely to listening—to understanding and picturing the author’s imagined world. Only through listening can I come close to the central truth of the story and then sustain it myself.

Once I stepped into the uncharted geographies of these texts, I became aware of what enabled me to keep travelling through them: my ability to observe. For me, this kind of observation can only follow a surrender to imagination. This pairing of imagination and observation ran through my every day. I imagined entire worlds and noticed their contents as I moved through my own empty and familiar landscape. As I walked through a deserted New York, I lived in the worlds I read of and walked the paths I made through them. In Central Park, staring at the now perpetually empty Great Lawn, I gazed at J.M. Coetzee’s South African veldts. In the gardens of the Cathedral of Saint John the Divine, I strolled with Virginia Woolf through the verdant grounds of Oxford. Alone save for the cathedral guard who checked my temperature, I watched her firm stride, the germ of A Room of One’s Own newly fertile in her mind.

As the writer Hernán Diaz recently said in a lecture at Yale, it is not fiction that is the opposite of truth. Falsehood is. Fiction contains truth at its heart. And if imagination and observation are the tools we use to engage with novels, fiction and truth are their respective fruits. My life has been in large part composed of a plurality of these truths: truths that express themselves in fiction, but are not false. At their best, these truths express what it is to grow up differently than I did: the truth of growing up a boy, of being a wizard, of facing racism. I cannot truly know these truths, but by setting them alongside one another, I aim to see from more than just my own perspective. Our lives are a “process of continual fictionalization, as we internalize the other-we-are-not, dramatize them, imagine them, speak for them and through them,” writes Zadie Smith. Like Smith, I traverse several different countries of the imagination.

By April 10, New York lost about three thousand people every four days. While to my friends in other regions of the country, the pandemic still seemed remote, it moved much closer to me. Friends lost one grandparent, then both. My sister’s father got very sick. My friend’s father died. Every week I would walk to buy groceries for an 85-year-old relative, and on the way I’d pass the hospital behind my reading hill. A policewoman stopped me from crossing the street: bodies, one by one, were being carried in grey bags to a freezer truck across the street. After I delivered my groceries and sat ten feet away from my relative for a few hours, I went the long way around, back to my hill to read.

Devoid of the people and places that had populated my life before, I was filled with absence. Exiled from Yale, unable to see friends and family, and almost done with the semester, I had no idea what I wanted. Reading about what other people usually do, I thought, would be a good place to start. And so I began: in Michael Cunningham’s West Village, Jenny Erpenbeck’s Berlin, and James Baldwin’s Harlem. I began to reconstruct myself.

When people’s lives drastically change—a move, a death, a career change, a breakup—they often deal with it through action: doing new things and meeting new people. Instead I read about new people doing new things, and delighted in the dialogue they engaged me in. When you read, especially during a national emergency, you have to imagine the world into which you step. You have to imagine other people’s lives to fill the space, and in the process, you begin to imagine your own. Suddenly, you’re able to apply the same creative vision, the same perceptive alertness, to what you might want and who you might want to be.

What does this new life of mine look like? Unsurprisingly, it is filled with books. I want a life where I can think about books as much as I would like. To write, but also to read. I want, I realized, to be an editor—to take the compassion I’d learned through imagining so many unfamiliar lives, and turn it towards new stories, fledgling stories, that I could help release into the world. In my own writing, I want to think through diverse theories and possibilities of fiction. And to do this, I have to keep reading.

To read in this new way, I have to leave my world and step out into space, simply listening. I discovered how to yield completely without losing myself, which is, I think, the same thing as falling in love. I had learned to fall in love with other people’s stories, with the pen still poised to write my own.