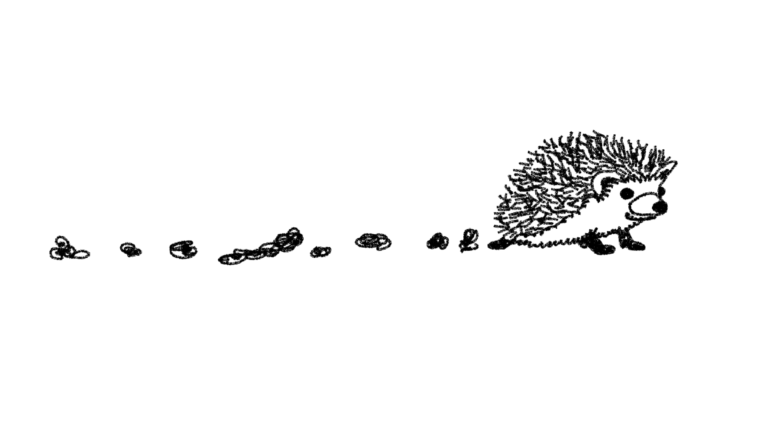 Go Ahead, Yale. Try to Take My Hedgehog Away.

Yale prohibits pets in dorms, but that hasn’t stopped some students.

Knock knock. A winter chill leaks through the window of her Berkeley single, and she tightens her blanket burrito like a tourniquet. Instinctively, she reaches for Fat Louie, her black and white “cow” cat (who doubles as a portable furnace). He isn’t on the bed. She turns over. Through sleep-bleared eyes, she sees Louie sitting at the foot of her bedroom door, expecting company.

“Facilities!” shouts a gruff voice from the hallway.

She leaps to her feet. She hears the hand on the knob, the key in the lock. Almost out of time. She tries to shepherd Fat Louie into his carrier. He refuses to go in. What to do…

The hand falters, then extracts its key. The inspector shuffles away to screen another room. This Berkeley senior lives to cohabit with her secret pet for another day.

As it turns out, she isn’t the only one hiding pets on campus. A clandestine menagerie exists behind the suite doors of Yale’s fourteen residential colleges, even though it violates the University’s housing regulations: “Pets are not permitted in Yale Housing.” Rulebreakers may be punished with “termination of the housing agreement.”

My pet-owning sources were not alarmed when I reminded them of this rule. They shouldered their violations willingly, almost nonchalantly. “There wasn’t really much ‘hiding’ to do,” admitted the Berkeley cat concealer. “No questionable encounters,” said the Hopper hedgehog smuggler. “We just put him in the closet sometimes,” claimed my fish-favoring Trumbullian neighbors.

The day-to-day duties of the secret pet owners on Yale’s campus are at once a burden and a gift. Feeding, bathing, and exercising can be chores or welcome reprieves.

One Hopper senior, who had received a hedgehog as a surprise birthday present during the pandemic, admitted, “she’s a double-edged sword.” The owner and her suitemates were unable to use their shared bathroom for her weekly baths, so they made do with a halloween candy bowl. The hedgehog was also an avid explorer, often escaping her cage to eat the grime under the couch and scamper down the hallway beyond the common room. “Hedgehogs move surprisingly fast!” the Hopper source said, “and they poop A LOT. She would often poop on my blankets.”

On tough days, however, the chaos could be comforting. The hedgehog was a “constant presence” for her owner. Prickles and flightiness aside, hedgehogs don’t hold grudges. And when application season gets overwhelming, it’s important to have someone to hold.

Fat Louie, too, became a pillar of his owner’s community during the pandemic. Last spring, she ran into a classmate sitting on the steps of Sterling, about to burst into tears. Instinctively, she invited her over to visit Fat Louie. “Even though she claimed she ‘wasn’t really a cat person,’ she ended up not wanting to leave,” the owner shared. The visitor wouldn’t let the cat go, petting the pain away. “She stayed through breakfast, lunch, and dinner, and definitely left as a cat person.”

According to my freshman-year neighbors in Bingham, Marvin the goldfish was a welcome distraction from the academic grind. The suitemates described cleaning Marvin’s bowl as “a grounding ritual,” and “a good part of Yale.” The bowl was a one-gallon bear-shaped animal cracker jar, housing a flea-market statuette of a Grecian Madonna and a floor of blue rocks. Marvin was a bright spot in Bingham. His owners characterized their fish as an “instant celebrity,” drawing an “endless rotating cast of friends.”

The Pandemic Exodus of March 2020 displaced Marvin from his beloved Yale. He ended up hitching a ride to Manhattan on Metro North in a water bottle. His new home: a mason jar on the kitchen counter. He survived the turbulent journey, but the worst was yet to come. On March 15th, Dean Chun announced that Yale College students would not be returning to campus for the remainder of the academic year; that morning, Marvin’s owner walked into the kitchen and found him dead.

I, too, have experienced the joy of pet cohabitation at Yale. Last Saturday, I was supposed to go to a party, but I’d had a rough, unproductive day. I was suffering from the kind of high-pressure headache that only comes after staring at screens, avoiding sunlight, and eating junk food all day. I wasn’t in the mood to do anything.

But then my roommate texted: “My friend is insane and she wants to bring a dog to the apartment. Could you look after him tonight?”

Little did she know, she’d fixed my whole day. Archie the Ginger Doodle waddled around my room, a melon-sized bundle of red, bouncy curls, two endlessly surprised eyes, and a little wet nose. He contemplated his reflection in the mirror, sniffed my tea, embraced my upset tummy, and sat on my lap while I worked through the night. I FaceTimed some friends I hadn’t talked to in a while to show them how well Archie matched my furniture. Starved for physical touch in a pandemic world, I cuddled him all evening.

My day as Archie’s stand-in-owner reminded me of the pet contact I’ve been missing from home. Ollie, my oversized goldendoodle, is a snuggler. The pandemic was heaven to him—he had his whole pack under one roof, five people to loop around like a furry snake. When I squeezed between my two younger sisters to watch TV each night, Ollie lay over us like a weighted, heated blanket.

Yale, in contrast, feels like an open expanse, filled with the freedom and individualism I craved while locked inside. But it’s easy to forget how lonely liberty can be. Living off-campus without a meal plan, I’m hard-pressed to even get a visitor. Hugs, kisses, and cuddles? My tally is alarmingly low. And when the deadlines start to stack up and sleep becomes a rarity, physical contact is a lifeline.

These animals seem to make life at Yale a whole lot easier. “Most definitely, he improved my experience 1,000%,” said the Berkeley senior and owner of Fat Louie. Marvin’s shepherds cited his constancy as a contributor to their sense of home at Yale. The Hopper hedgehog handler said the same about her pet. Has our year at home, disconnected from Yale and forced to rely on our pets and family, taught us something essential about what we need to feel like real people, especially in crisis? For these Yalies, the answer is “yes,” and they’ve taken matters into their own hands.

Avery Mitchell is a junior in Trumbull College.