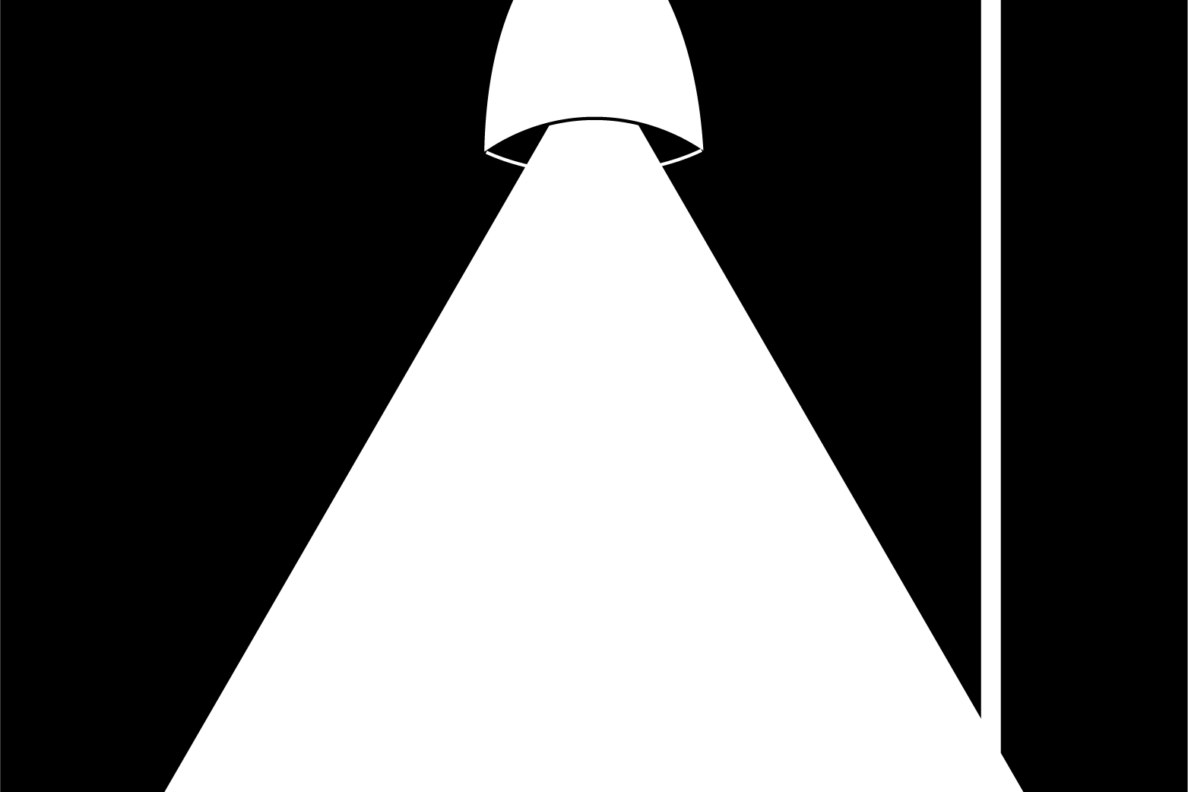 One night, I became nocturnal. Not by choice, but from fear. At the time, I was a fearful man. I even feared the sun. The last time I saw the sun, it was red. Like a blood-shot eye. Look, I thought. The sun is angry at you. So I hid. I hid for two months.

In hiding, I couldn’t always tell the difference between my slumber and my wakefulness. I didn’t dream. When I woke up, I didn’t think. Instead, I yearned. At the time, I did not know what or who I yearned for. I just knew I was incomplete. There existed an incompleteness so strong that I had to move. But the slightest motion felt violent. Am I a violent man? I asked myself.

Then, in the blinding night, I walked.

Those walking nights, I believed in destiny. I believed I could walk and end up in a promised land. For hours, I wandered to find some place distant, unfamiliar. Always, I ended up back at home.

I don’t remember everything from my walks. My memory, like Sappho’s lyrics, became fragmented. Memory is oddly picky. It seems like yesterdays and mornings are always forgotten. But something curious is lodged in my mind. My mother, holding a pen, writing on a well-worn desk. Outside the window, a roaring beach. No—an interstate highway. Perhaps, my father’s cries, or are those my own tears? In the memory, am I young? When was this? Maybe long ago. Or not at all.

The walks were sometimes lonely but not always. One night, my friend called me. He lived across the country for school. It was late for me, later for him. There were many reasons to be up late on a Friday night. He didn’t tell me his own.

What was that noise?

At least it’s all out now.

Before he left for school last year, he told me he was in love. Not with me. With someone who I thought undeserving of his love. I didn’t tell him this. Instead, I listened as he revealed his feelings for someone else. When he left, there were many things I wanted to tell him.

Sometimes, I feel so far away, he said.

What was that noise?

I threw up again.

It wasn’t all out?

He would later miss over half of his classes that year. He, too, would turn nocturnal. He would tell me that his behavior was stupid. All he had to do was get out of bed. For some reason, he would stay. He would describe its familiar mold, a mold that would hold him tight. He knew it was wrong to stay in bed. But strangely, it made him feel safe.

I missed you, he said.

I missed you, too…Hello? Hello?

He went silent. He stayed silent for an hour. Perhaps he passed out. I imagined him, keeled over on a vomit-filled toilet. In place of his voice, his soft breath, and sometimes a snore. I did not turn the phone off. I walked along the dark streets with his soft breath in my ear. I walked until I found myself back in my bed. Then, I slept, just like he had been sleeping, miles away.

I established a route. I would walk to a high school parking lot. Past the 7/11 gas station. Past a flattened cat or possum or raccoon. Past a dirtied blue mask. Past a used lush ice Puff Bar. Past the woods near the military base. Past the police station, I would find the water. There were no streetlights on the beach. When I walked into the water, the coldness burned me. Only the coldness told me where to go. Then, back home I walked.

Once, I peed behind the 7/11 gas station. When I walked around the corner, my eyes met the back of a woman. She walked out of the gas station onto the streets I thought I alone walked. I followed. Not out of curiosity. But out of necessity. The route was my ritual.

On the road outside of the beach, a man stood. The woman walked up to the man, tapped him on the head, and pulled out a roll. Together, they smoked. They didn’t speak. They stared out into the water. What did they look at? I stared into the water to find the black, a black darker than black. Like looking at a Rothko painting, I searched for meaning.

When I decided there was no meaning, I walked back home. The two still stood, looking into the black.

One night, I decided I was tired of walking. So, I texted a man from a dating app to pick me up. I didn’t know what he looked like. Even when I entered his car in the obscure night, I couldn’t see his face. His voice, though, a deep bass, I heard.

When he asked me where I wanted to go, I told him near the water. On the way, he stopped by a Starbucks. Did I want anything? I asked for lemonade. He didn’t order anything for himself.

By the water, we didn’t touch each other. Instead, we talked. What did he say? He lived on base, just out of training. Did he say he was last stationed in Texas or Idaho? He had a little sister. Maybe they were estranged. I can’t remember. A clear memory, though: his quivering voice, a lament, confessing that he had been hiding for twenty-five years, twenty-six soon. He hated it, and he didn’t hate many things. Bah! Who cares? Nobody. Why were we awake at 3 AM, anyways?

The same reason you are.

During the drive back, I fell asleep. Later, he touched me for the first time, gently, nudging my shoulder. We were back at my place. I said goodbye and shut his door. As soon as I did, the car sped away, as if embarrassed. That morning, he texted me again. I deleted the app soon after.

I have not seen him since. But, I remember his voice. If he had called out to me on the street today, I would recognize him. Though, what would he even say? I never told him my name. He never told me his.

And then there was light. I woke up one morning to find the sun. Where was I now? Still in my bed. The laughter of the neighbors’ children spilled into my room. I hadn’t heard them in months. Were they taller now than before?

As if my two months of nocturnal existence had not existed, I acclimated to the day. I went for runs, worked, talked to friends and family. During the summer, the sun shone on my skin every day. As soon as the dark came each evening, I closed my eyes. When I opened them, I would find the kind light again.

Sometimes, I wondered if my nocturnal existence even existed. There were so many things I couldn’t remember. At night, I couldn’t see everything. The world seemed smaller. Though, on occasion, something indicated that the world was indeed large. A yowling cat, a speeding car, a shout, murmuring from behind a lit window, and if nothing else, the whir of the streetlights above.

There are so many things I can’t remember. But the same memory is stuck in my head. I was young when my father cried. I laid underneath my mother’s desk. My mother’s leg shook. The scratching above me. What was my mother writing? I could see the cars just outside our window, the interstate, busy as ever. Even the closed window couldn’t hide its deafening roar. Where was my father? In all of this, where was he crying? And my mother, her voice, commanding, angry. After, I remember nothing. Perhaps, beneath the desk, I had closed my eyes. Perhaps I learned to darken a turbulent world. In this darkness, I learned how to escape.