Last Taps of the Typewriter

Manson H. Whitlock peers into the typewriter on the table, a big avocado-green IBM Selectric from the sixties. Something is jammed and pieces are scattered around the machine. Eventually, Whitlock finds what he’s looking for—a screw has fallen in, causing the type mechanism to stick. Out goes the screw. Using a spring-hook, an implement that would be more at home in a dentist’s office than a Dell factory, he reassembles the typewriter—plastic cover plates, the metal paper tray that directs paper onto the main roller, and the cylindrical rubber plate itself. Then he taps some keys, examining how each letter moves. “Good enough. For government standards anyhow.” He draws a smiley-face on the repair order, gazes through the window at the late-autumn leaves blowing outside, and calls the client on his old black rotary phone.

Whitlock is 89, and, though he looks younger, his tweed jacket, silk tie, and sweater betray him as a man from a different era. The only thing missing is a pipe, though an orange typewriter-shaped ashtray sits empty on the shelf; four or five years ago he quit smoking, worried that he would die young. His face is lined and friendly, crowned by thinning combed-back hair that recalls Lyndon Johnson’s without the grease. The ring and pinkie fingers of his right hand are twisted with arthritis, but that doesn’t keep him from his job. Though he’s slightly stooped and often uses a cane, he still moves a heavy typewriter with ease. Whitlock has probably been repairing typewriters longer than anyone else in the Northeast, maybe even the United States. When he started in 1930, Charles Lindbergh’s trans-Atlantic flight was a fresh memory, Herbert Hoover was president, and construction of the Empire State Building had just begun.

These days his shop is jammed with tools, books, machines, and memories that have accumulated over the last 76 years. After his 1990 “retirement,” when he moved from the larger storefront to a tiny outpost upstairs, Whitlock filled a dumpster with typewriters and flotsam. What remains are the survivors. Shelves line the sides of the shop, laden with enough ribbons to supply David Ive’s monkeys on their near-eternal quest to recreate the complete works of Shakespeare. A bust of Mark Twain (the first author to turn in a typed manuscript) sits on a bookcase, an old prize for having been the highest-grossing Smith-Corona dealer in the Northeast. On another shelf are repair catalogues, A Treasury of Jewish Humor, the 1978 New Haven telephone directory, and Jean Anthelme Brillat-Savarin’s The Physiology of Taste. There are boxes full of platens, type-balls, type-slugs, and type-bars.

And of course there are the typewriters themselves, which sit in various states of disrepair. Some gleam as they might have in 1920. Others, victims of cannibalization, have been dissected to feed the cravings of clients’ machines. Their covers are open, exposing mouthfuls of thin metal teeth. There is an old black Underwood, the kind you’d see in a Howard Hawks movie. A German, sky-blue Olympia built like a tank. Seven strains of electric Smith-Corona, four breeds of IBM Selectric, and one exotic old Oliver No. 5, with its clustered type-bars poking up like mouse ears on either side of the platen roller.

Whitlock says that he has repaired around three hundred thousand typewriters in his career. The avocado IBM was job number 300,001. “If you put the typewriters I’ve repaired end to end it would take days to drive past them,” he boasts. Indeed, if each of those typewriters were fourteen inches long, together they would form a line of 795 miles, or just about the distance between Chicago and New York. Drive your car however fast you want.

The fastest Whitlock has ever driven was 110 miles an hour in a brand-new 1946 Packard with overdrive, a gift from his father-in-law. At that rate, he would have driven past his line of typewriters in seven hours and fourteen minutes. He says his sons don’t like typewriters “because you can’t go ‘vroom vroom’ with them,” and sometimes he feels the same way. A small chrome clock salvaged from the dashboard of a 1953 Jaguar XK120 sits on his work table; it loses about a minute a week but is otherwise reliable. The Jaguar lives on in Whitlock’s memory and in a painting in his living room; he sold the car itself to pay his wife’s medical bills.

Even Jaguars might be a little too modern for Whitlock. “Airplanes, automobiles, television… computers… they’ve changed the world too quickly. It was nice 75 years ago!” Seventy-five years ago, Thomas Edison filed his last patent. A half-century before, in 1872, the legendary inventor had filed one of his first patents for a “Type-Writing Machine.” He was leaping into a competitive field; a single standard had not yet emerged. But Edison’s design soon lost to the Sholes typewriter, the first with the QWERTY keyboard. The Sholes didn’t jam as much as other machines, because it was scientifically engineered to slow our typing, by forcing our fingers to hop around as much as possible. It has been hampering us ever since.

Whitlock has outlived most of his contemporaries—both the typewriters and the people. His wife, Nancy, died a decade ago. Brothers Gilbert and Everett both died within the last three years, leaving ninety-three-year-old Reverdy as the only one of Whitlock’s five brothers still alive. Reverdy and Manson used to work together at their father’s shop, though the C.E.H. Whitlock store was a New Haven institution long before either was born.

Clifford Everett Hale Whitlock started his business out of a bike garage next door to the Skull and Bones tomb. At age 15, he ambitiously billed himself “bookseller to Yale.” A promotional pamphlet from this era shows the newly-moved shop, dark and wood-paneled, every inch the ancient general store. It aimed to anticipate all needs—an advertisement reads, “YALE MEN, YOUR TELEGRAMS WILL BE RECEIVED TILL 8 P.M. AT WHITLOCK’S BOOK SHOP.” By the time Manson Whitlock started working at his father’s store, it had moved again, this time for good, to New Haven’s main commercial block on Broadway Avenue.

The store always had a big typewriter section. His father would put displays of the mouse-eared Olivers in the windows, and sometimes a company representative would come and awe onlookers by drawing pictures with the No. 5. He taught young Whitlock how to draw a line of soldiers across the page using an ‘O’ for the head, a slash for the body, hyphens for arms, and a caret for legs. “It was pleasing for little minds,” Whitlock reminisces. He was interested in mechanics, so when the time came to work in the shop, he gravitated toward typewriters. Having never actually received any formal training through classes or books, Whitlock learned how to complete repairs by “osmosis.”

Reverdy Whitlock took over the family bookstore in the forties. He and Manson didn’t get along very well, and the split, when it came, was acrimonious. Reverdy recounts coming to the store one Sunday to find his brother loading typewriters into an old, wood-paneled station wagon and moving them to a storefront around the corner. Neither brother likes to talk about that period. Manson Whitlock just smiles ruefully and says that he has a much better relationship with his brother now than he did then. The move let the typewriter shop expand; at its height, Whitlock employed six mechanics and stocked four to five hundred machines. Success enabled him to pick and choose the jobs he worked on himself—uninterested in electric typewriters, he delegated them to others and kept the older manuals for himself.

A 1910 Oliver is the oldest machine that Whitlock keeps in his shop today. Although distinguished by its years, it is fairly conventional when compared to other early typewriter designs. There was the Hammonia, Germany’s first writing machine, which looked more like a bread-slicer than a typewriter. The Gardner, which had fourteen keys that were pressed in different “chords” for each letter. The Blickensderfer No. 5, which had keys that stuck out in all directions, making it look, in Whitlock’s words, “sort of like a centipede.” And, best of all, the Williams, which had a “grasshopper” type-action in which the type-bar leaped up, over, and back down onto the platen from above as though each depressed key propelled an insect into the air.

Whitlock sold his last six Williams typewriters when he closed the big shop downstairs. Nowadays, despite his objections, he works mostly on electric typewriters, which run by motor, and electronic typewriters, which have computer chips—that’s all people bring. Today most of the half-eaten machines in his shop are electrics; the marvels serve only as decoration and company.

One afternoon Whitlock lets me take apart an electric Smith-Corona. Electric typewriters have motors that connect to a spinning, ridged shaft. A key, when pressed, catches onto a ridge of the shaft, whose spin kicks the type-bars forward against the page. Whitlock tells me to remove the type-bars. They’re sort of like spring-loaded frog legs, with a slight bend halfway down. I try to take one out. “Never force anything,” Whitlock says. Right. I try harder. “You’re forcing!” He takes it in his fingers and, with a flick of his wrist, disconnects the bar from its linkage to the key. I take the next type-bar and flick my wrist. Nothing happens. He takes it and, despite his arthritis, humiliates me again. I end up having to use two hands to remove the bars one by one. Whitlock tells me to look at the escapement, the jumble of gears that moves the carriage from one letter to the next. He tells me how it works; I am completely lost. He smiles and tries to phrase it differently. I poke at the escapement with my screwdriver. He prods it too, didactically, and presses the spacebar a few times. Finally I understand. It resists the carriage’s tension; it doesn’t actually cause movement. A few days after I destroyed his typewriter, Whitlock tells me that if I had come to his shop twenty years ago, he would have given me a job.

After my repair lesson, I want a typewriter of my own. The next day I tell him that I have been looking for one on eBay. He has never used or even seen the Internet, but has heard of the site and is intrigued. So, disregarding the first thing he ever told me—“You work a typewriter, a computer works you”—I bring in my shiny, silver laptop, and we sit down to scope out the market. “I’ll be darned,” he says, when 1,782 items pop up. We click the first on the list. “The Oliver No. 5’s used to have metal covers. We’d put them in the chicken coop.” We return to the list—“I’ll be darned,” he says again, “Let’s see that Remington. Remington Rand No. 5 Clumsy, not as nice a feel as Royals.” I ask him if he can see the computer well enough. “It’s got such a clear screen! I had thought it would be blurry like a TV!” He smiles and looks at the $10.49 Corona No. 3 I’ve clicked. “Goodness gracious. Unbelievable. They were made during the First World War. The last one I had I sold for $100.” Whitlock used to go to New York City pawnshops once a week to buy old hocked models for the store—it’s as though eBay is an electronic Metro-North. He takes a shot at moving the mouse around with the touchpad. It’s like a game. “Underwood—hmm, that’s not old, forties or fifties. They’re calling that an antique?”

The next day I bring my computer again. The wireless connection flickers, then quickly sputters out. I fiddle with the laptop the way he fiddles with typewriters—by pressing buttons, shaking it, cajoling it. Whitlock asks if there is a cattle prod button. eBay won’’t load. I give up; there’s nothing I can do to fix it. Whitlock looks at me. “Well, it was neat,” he says quietly, “but I’ll stick to typewriters.”

Michael Birnbaum is a junior in Branford College. 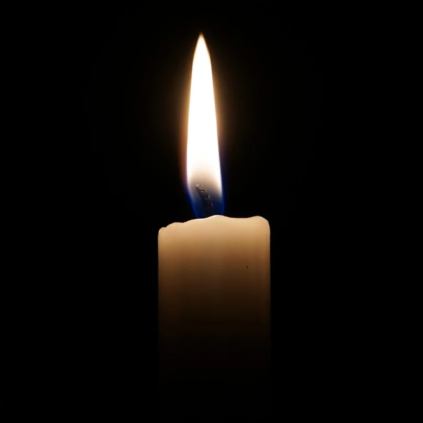