An Impostor’s Guide to Yale

In 1997, Tonica Jenkins was arrested for faking a resume to gain admission to Yale’s School of Medicine. In 2007, it was discovered that Shin Jeong-ah, a professor at Korea’s Dongukk University had forged a letter alleging that she had earned doctorate from Yale’s Graduate School. Two years ago, Akash Maharaj lied about undertaking a rigorous course of study and achieving straight A’s at Columbia to win a transfer into Morse’s class of 2008.

In all three cases, the repercussions for the outed impostors was severe: In June of 2008, Makharaj pleaded guilty in New Haven Superior Court to having defrauded Yale of over $31,000 in scholarships, and was ordered to pay the University full restitution or face three years in jail. Shin Jeong-ah lost her job, was sentenced to 18 months in prison and led Dongguk to file a $50 million lawsuit against Yale for mistakenly confirming the ex-professors inflated credentials. Jenkins, for whom a fake Yale application seemed to be only a gateway crime—with biting a police officer and attempting to buy $70,000 of cocaine among the others—was sentenced to 20 years in prison for attempted murder in 2003.

While we at The New Journal certainly to do not condone such acts of criminality, we understand—unofficially, of course—the impulse behind them. Every year, thousands high school seniors and transfer applicants are barred from Yale’s ivory tower by the crapshoot of college admissions. 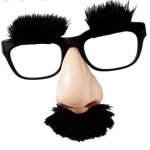 But while most of these rejects go gracefully to other schools, the well-informed impostor follows a different path. In the Impostor’s Guide to Yale, Ari Berkowitz and Jacque Feldman, bona fide Yalies, show you how to fake it till you make it.

LIVING WITHOUT A PAYER
8. Housing at Yale is a hassle even for those who actually live here, but for you, impostor, there’s a solution! As residents of eight-person suites, we attest that we are never bothered, nor even a little perturbed, by the occasional stranger crashing on our futons, or even the occasional stranger still crashed on our futons after Sunday brunch with wine stains all over his shirt. If we don’t know him, he must be someone else’s friend! We have so many suitemates, all of them busy Yalies, that we go for days without even seeing, much less talking to, some of them, so the time is never right to ask, “Hey, what’s up with that stranger?” Instead, we simply arrange the occasional stranger’s pillows to make him more comfortable, then rifle casually through his wallet to see if there’s anything inside for our trouble.

Here’s what we’re getting at. That wine-stained stranger could be you! When you’re ready to turn in for the night, simply gain access to the entryway (see below) of one of Yale’s bigger suites—the TD octet, the Welch 12-pack, or President Levin’s house, just to name a few—and make yourself at home on its common room futon or (you should be so lucky!) couch. The only (and we mean only) big suites to avoid are the so-called “princess suites” on the fourth floor of Welch. They’re certainly roomy and plush enough for the most finicky impostor, but the denizens within are freshman girls—and they, unlike most Yalies, will likely be creeped out by a rando like you.

GAINING ACCESS TO YOUR DREAMS
9. To gain access to a residential college or entryway, the would-be impostor can try simply standing outside the door begging passerby to swipe him in. Don’t worry about giving yourself away: Yalies do this all the time. To get into Davenport without an ID this morning, the process lasted just 57 seconds—and it only took that long because our enabler kept her ID in an especially cavernous purse. A second attempt to get from outside the gate and into an entryway lasted just 49.57 seconds.

UNTRIED but COULD BE TRUE
10. Some impostors have reportedly succeeded in finding temporary housing in Yale’s 22 libraries. Bass is open to the public until 6 p.m. If one is willing to wait it out, it is said that sleeping in a weenie-bin can be quite commodious.

SWIPING AND SCAMMING
1. If you were given the Student ID number of a pal with an unlimited meal plan, or you stole it when he was up getting his third helping of tofu apple crisp, we offer the following advice: Use it! Our studies have shown that SID numbers can be used multiple times by multiple people in multiple dining halls if you wait 12 minutes, possibly fewer, between swipes! While attempts to use unlimited plans to cash in at Durfee’s and eat in a dining halls at the same time have failed, the simultaneous swipe officially slides. Which means: give your unlimited SID number out to a needy impostor while she uses her Durfee’s swipe to get mixers. Then, both of you use your SID to get lunch on Yale.

CONNING COLLEGES
2. The three doors on the north side of Berkeley’s dining hall make the college especially vulnerable to access by impostors.  Just make sure Anette is pointing to the Purell dispenser before you make your entrance. While she looks the other way in the name of sanitation, you slip past in the name of free food.

3. Saybrook is another easy target, as the main entrance is out of sight from the check-in counter.  During peak hours, simply sneak inside, claim a table and then assure the dining hall attendant that you already swiped in. Easy as pie—er, Tofu Crisp!

TIP FOR THE TIMID
4. A tip for any hall—especially for lunch and dinner: simply offer to bring in the trays of those eating outside dining halls in common rooms or to come in carrying a plate. No one will ask you to swipe if you’re carrying already used materials.  Cutlery is the perfect prop for a culinary con. Take it. Keep it. Use it when you need it.

THE CEREAL STEAL
5. Bring two tupperware containers into the dining hall and collect what cereal you need to stave off late-night hunger. Be bold. Yasha Magarik, a sophomore who speaks openly about his experiences pilfering cereal from dining halls says, “It’s not a question of morals.” He just gets hungry. “Confidence is a big factor,” continues Margarik. “I’m pretty confident when I go to take the cereal.  I’m going to get that cereal. And unless they’re really opposed to it, I end up getting it.”

NIGHTLIFE
11. Would-be impostors are advised to check out free, open late-night parties thrown by Yale frats on Thursdays (SAE) and Saturdays (DKE). Frat brothers at the door check Yale IDs, but how difficult could it be, really, to get in as a non-Yalie? “Depends,” says one SAE brother. “Male or female non-Yalie? We check IDs, but when it comes to girls, we turn a blind eye.” But don’t be disheartened, male impostors; you can rage, too—we suggest cross-dressing. That will make you an impost-“her”!

CLASSES
12. If you really can’t live without your studies, impostor, just sneak into the back of a big lecture. No one will care. Reportedly Elana Ponet, the wife of Slifka head Rabbi Jim Ponent, chooses one class per semester to sit it on and do some of the assignments for.  Last year she committed herself to Daily Themes.  Continuing education is possible with or without Yale accreditation…and its price tag!