Sunday in the Park

Cars line both side of the road in front of New Haven’s Edgerton Park today. A jogger slows down, removes his headphones and peers over the wall to see what’s going on. I look with him. We see the top of a red inflatable slide, just visible among the canopy of maple trees. We hear the giggles of children melting into a faint ensemble of trumpet and oboe playing in the distance.

“Sunday in the Park” takes place annually in Edgerton Park, a 22-acre site given to the city in 1965.  The grounds were first home to Eli Whitney and later to industrialist Frederick Brewster who replaced Whitney’s mansion with a Tudor style house he called “Edgerton,” for its location on the edge of town.  Brewster commissioned the grounds to be re-designed in the fashion of 18th century English landscape gardens. After the death of Brewster and his wife, the grounds were gifted to the city of New Haven. They’ve stayed in its possession ever since.

In 1987, local volunteers created the fair that has since become a New Haven tradition, occurring one Sunday in mid-September every year. They bring to town live music and attractions such as chess, wagon rides, moonwalk and Hula 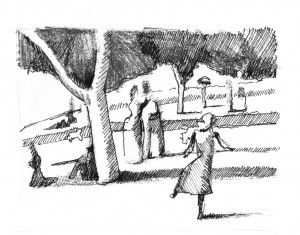 Hoops in an endeavor to create a welcoming fair, where families relax and friends mingle in the early days of fall.

Standing amid families ambling by with baby carriages and unicyclists circling around in clown outfits, I make my way to a wagon half-full with passengers and climb on. Sitting on my left is a young girl with short blonde curls and pink cheeks. She is waving to an imaginary crowd as the wagon, pulled by ponies, pulls off with a creak.

The ponies trot gently around a white fountain whose recent renovation was made possible by the $19,000 raised at last year’s fair.  The pale marble is now bathed in the morning sun and emits a faint glow, like a giant halo.

A turn of the wagon reveals a greenhouse on my left. Behind the frosted glass, blurred figures move among clouds of green, red and yellow. Edgerton Park Conservancy is offering introductory tours of tropical plants to elementary school students. The simulation rainforest allows children to experience rare plants first-hand, and even take home their favorite kinds. A boy marches out of the greenhouse, carrying an exotic potted plant. My little neighbor gasps, clutches her mother’s arm, and squirms on the seat: I can tell she wants one too.

As the wagon makes its way along a narrowing path that disappears behind a hill, we enter a quieter area. Entertainment booths, from a chess stand to a petting zoo, sprinkle both sides of the road, all requiring pre-purchased tickets. Next to a desk behind the banner “Yale Peabody Museum,” a bespectacled woman bows over a boy of six or seven in a Superman T-shirt. She puts a small wooden ring on his head and tries to balance a giant shallow bamboo basket on top of it.

“This is how people in the Philippines carry bananas,” she explains.

“Isn’t that fascinating.” The boy’s mother nods and pushes on her son’s shoulders. “C’mon now, see if you can walk!”

His face covered by the shadow of the basket, the boy stumbles forward several steps and falls onto his knees. The basket rolls off onto the grass and his mother chuckles, retrieving the basket from its landing spot.

Once distant, screams and cheers have grown louder as our wagon winds through the booths and veers towards the front of the hill. The girl next to me suddenly sits up straight, and her eyes widen as she cries, “Look! Bungee Jump!”

The wagon comes to a halt but the eager little bodies inside keep fidgeting. The children throw themselves over the rails, land awkwardly on their sides, climb up and rush ahead, their parents trailing behind with backpacks and calling out their names.

When her mother finally catches her, my new friend is already in line for the bungee jump. “Amelie—there.” Her mother squeezes a ticket into her fist, while Amelie eyes the boy ahead of her.  He is already standing on the giant trampoline, putting his legs through loops of a safety strap with a volunteer’s help.

“We come here every year,” Amelie’s mother says and shakes her head. “She never gets enough of it.”

Amelie hands her two-dollar ticket to the volunteer and races toward the trampoline. She knows she’s about to soar and flip in the sky. 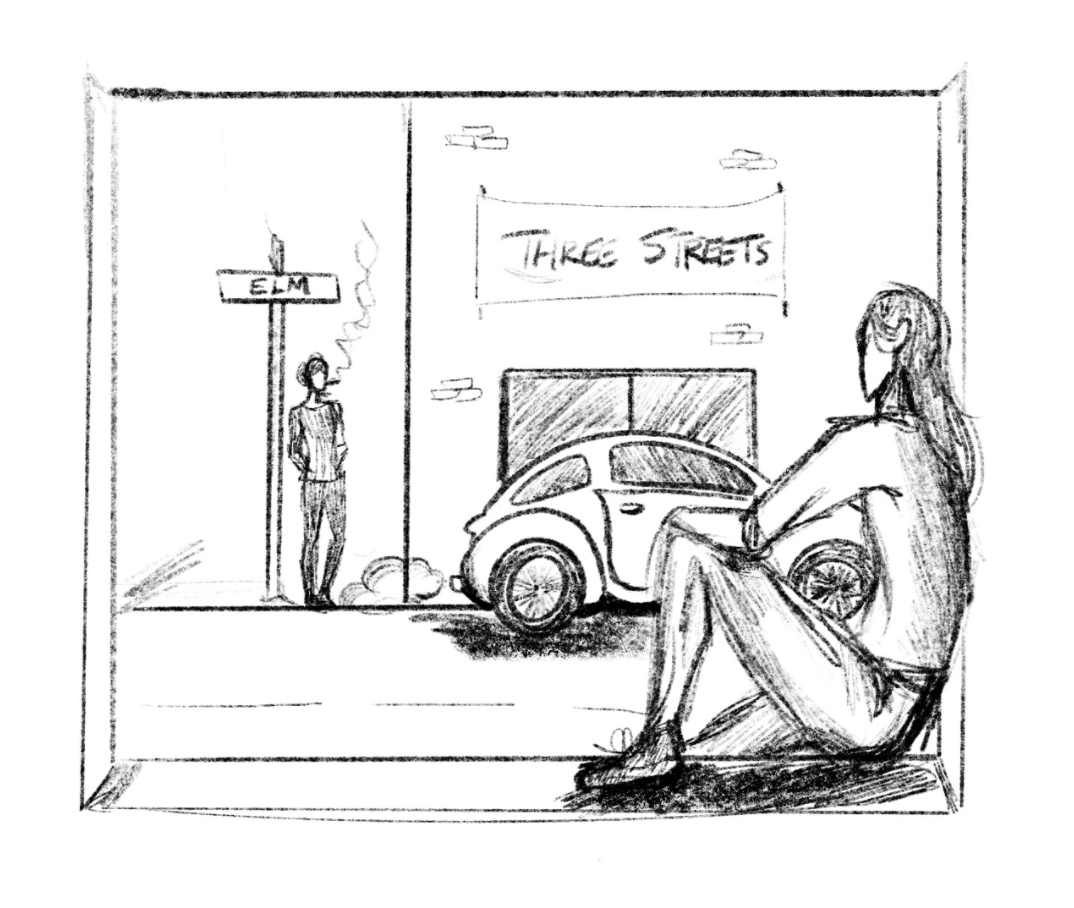