A painting of a dark apocalyptic landscape, John Martin’s 1835 Destruction of the Cities of the Plain, hangs in Michael Coe’s East Rock living room. The Yale professor emeritus of anthropology, still sprightly in his eighties, blinked up at it.

The bright-eyed, gray-haired professor pulled from one bookshelf an 1827 print of Paradise Lost illustrated with Martin’s mezzotints. “You could buy these for a song back in the sixties,” he said. Images of the apocalypse recur in Coe’s life. “I went to a church school and I’ve read through the Bible twice, including the Book of Revelations,” he said. “I don’t believe any of it now, but that certainly influenced me.” He laughed, but then added, “The Maya probably thought in very similar ways.”

Coe was the first to suggest that the ancient Mesoamerican civilization had predicted that the world would end in 2012. His analysis ignited a continuing debate in academic circles and provided popular culture with a new fixation. In his seminal book The Maya, published in 1966, he directed attention to Monument 6, a stone in Tortuguero, Mexico, whose face is marked with a Mayan noun, a verb, a subject, and a date. Monument 6 describes the prophecy and its appointed date of fulfillment—Dec. 23, 2012.

The noun on Monument 6 is the name of a god. The deity also appears on a vase that depicts all the Mayan gods meeting in darkness at the creation of the current world, which makes Coe think it is has something to do with the end of the world. “I think this god is associated with cataclysm,” he says. Though the verb isn’t entirely legible, Coe maintains that it translates to “will descend.”

“The Mayans would have been worried!” Coe said, smiling earnestly. The Mayans believed that the world had been created and destroyed multiple times. Violent Mayan myths of creation and destruction tell how past worlds have been destroyed by giant jaguars, wind, fire, and flood. Their calendar starts on Aug. 13, 3114 B.C.E., when, according to Mayan tradition, this world was first created. Since then, twelve cycles of roughly four hundred years, or b’ak’tuns, have passed. December 23 is the final day of the thirteenth and current b’ak’tun.

But Coe’s reading of the monument is not universally accepted by his fellow academic Mayanists. Gerardo Aldana, an associate professor at University of California, Santa Barbara, who studies Mayan hieroglyphic history and Mesoamerican art, said that he doesn’t believe the Mayans thought the end of every thirteenth b’ak’tun would be a cataclysmic event. He agreed with Judith Maxwell, an anthropologist at Tulane University, who said that twenty b’ak’tuns—which constitute a piktun, a larger cycle—must pass before the cycle begins again. This December 23 will mark the end of a single b’ak’tun, but not a piktun, she said.

And, Maxwell added, some Mayan descendants who have revived their ancestors’ calendar will actually spend December 23 celebrating the end of the b’ak’tun. All of which raises the question: is fear of the Mayan Apocalypse even Mayan at all—or is it American?

Books, movies, and late-night television have all capitalized on the Mayan Apocalypse. “First, the Mayan calendar predicted it. Now, science has confirmed it. But we never imagined it could really happen,” ran the tagline for the Sony/Columbia movie 2012 (released in 2009), which grossed almost $800 million worldwide. The film was inspired by British writer Graham Hancock’s 1995 book The Fingerprints of the Gods, which draws on ancient Mayan myth and astronomy to predict a coming global environmental catastrophe. The Fingerprints of the Gods has been translated into twenty-seven languages and has sold about three million copies worldwide. The idea that 2012 might spell doom has found a home in the popular American consciousness.

Coe points out that Americans have long been preoccupied with the apocalypse. Themes of mass death and earthly destruction can be found in the theology of religious sects like the Millerites, who eventually became the Seventh Day Adventists, and events like 2011’s “rapture hour,” when an American Christian radio host’s end-of-world prediction went viral. Apocalypse anxieties also underlined Cold War nuclear threats and fears of global environmental collapse. “I think it’s in the American mind,” Coe said.

If he is right, then the debate over this December 23 does not say as much about Mayan culture as it does about our own. 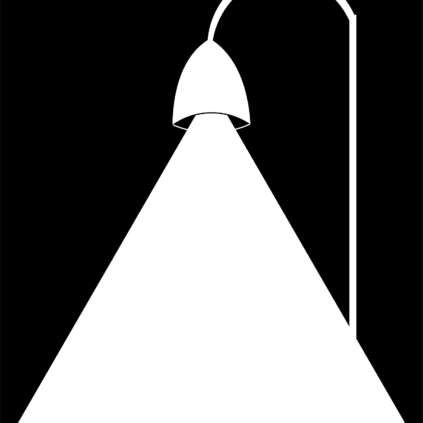