A Conversation with Cord Jefferson 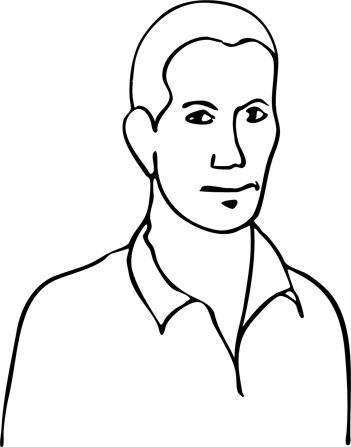 In early August, Cord Jefferson was hired as the West Coast Editor for online publication Gawker, after a job as a senior editor for GOOD magazine. In between editorial positions, Jefferson has built a rich repertoire of articles freelanced for outlets including The Nation, National Geographic, NPR and The Root. He often writes on topics related to race and class. He sat down with The New Journal to discuss diversity in media today.

Aliyya Swaby: You’re the second black editor Gawker has ever had. Why is this significant?
CJ: I think that there are things that you simply can’t do as a publication and viewpoints that are hard to come by without having a lot of diversity on staff. In an increasingly multiracial nation with an African-American in the White House; if you don’t have a significant number of people of color on staff, you’re approaching irrelevance.

Juliana Hanle: You wrote an article for BET News this summer about racial disparity in marijuana use prosecution in the US. How and when do you decide to approach articles using a racial angle?
CJ: I have no interest in being the guy that’s cramming racial stuff down people’s throats. Having said that, I think there’s no way to get around the fact that race has influence over pretty much everything that happens in society — from politics and criminal justice to music and fashion and real estate.

I do often feel pulled to discuss the racial element because it fascinates me. Privilege is invisible. If you’re middle class or a wealthy white person in America, you don’t see how your race affects everything that you do.

The thing that’s a blessing and a curse for brown, black, females, and other minorities, is that you’re able to see how often race influences your life. In most cases, “playing the race card” is just a person of color acknowledging that race is a real thing that exists, and that there’s a power dynamic that goes along with it.

AS: In The Root last April you described being a “formerly angry black man” before going to anger management. Could you have written an article like that one in a publication that wasn’t specifically from an African-American perspective?
CJ: Absolutely. Gawker has been open to me writing about racial stuff. They have never said no to pitches that deal with race. The smarter outlets and publications see that these are important issues. You can’t just publish something anymore that caters exclusively to straight white men.

AS: What do you think mainstream media outlets should do to improve the diversity of their newsrooms?
CJ: People should be very earnest and direct about fact that they want to hire people of color, women, and gay people. The fact that you’re looking for a diverse newsroom is not something about which to be ashamed.
Not having a diversity of opinion will start to make people look foolish, like it made Tina Brown and Newsweek look foolish for propagating nonsense about all Muslims being violent.

JH: Can you point to one key lesson you took from your experience studying sociology in college?
CJ: Sociology helped me understand that the idea that certain groups of people are civilized and others are uncivilized is kind of meaningless. The barriers we put in place to restrict ourselves from one another are all manmade. I went to William and Mary—I would imagine Yale is kind of similar. Those kinds of environments are really tough places in which to get a real sense of what’s going on outside of campus. People struggle with things that many William and Mary or Yale students don’t struggle with. Sociology taught me that those people’s lives were not worth any less than the life I was leading. They were just as valuable, interesting, and important as mine.

JH: At The New Journal, our writers, some of whom come from privileged backgrounds, find themselves writing about a city where a lot of social issues deal with race and socioeconomic status. Do you have advice for a college student handling these issues?
CJ: I’m the same way. I’m a person of color but at the same time, my mom’s white. I also come from a middle class background–my dad’s a lawyer. The best advice I can give is not to be embarrassed not to know things, not to be embarrassed to feel uncomfortable in a place. Some of the greatest pieces I read, whether they’re creative fiction or creative nonfiction or journalism, are about people who find themselves in uncomfortable positions: places where they don’t know a lot, where they have to work really hard to understand why they’re feeling the way they are about what they’re encountering.

The best piece of advice you can give anybody is, don’t go to a place with an agenda.

AS: You have an active Tumblr you update regularly. How does the site interact with your journalistic writing?
CJ: I can’t tell you how many times things I put on Tumblr and Twitter have become the kernel of some other bigger story that I was working on. Being able to put your ideas into a quick safe space like that and to see what people say about them is beautiful.

AS: You recently came under fire for a Gawker article you wrote arguing that pedophilia should be considered a sexual orientation, and in subsequent blog posts, you apologized for some of the article’s shortcomings. How should a writer deal with the possibility of backlash when reporting on sensitive topics?
CJ: You have to have thick skin, especially when you’re going to write about topics that are really sensitive, like gender issues and race issues. You have to go in knowing people will be angry. The pedophile piece is a perfect example. I talked to my editors about it and we knew that it would make some people hate me right away. You have to be willing to admit that you may be wrong and be willing to discuss things.

There were a lot of rational critiques of that piece, but there were also a lot of irrational ones. There’s a great Ricky Gervais quote, “Just because you’re offended doesn’t mean you’re in the right.” Right now we have to realize that the Internet is like the Wild West. You have to be willing to take heat, be yelled at. After that pedophile piece came out, this feminist writer and editor in New York who I really respect e-mailed me said, “Hey, if you want to talk about the responses people are having, then let’s talk.” We chatted for two hours. For me, that conversation was worth a million people yelling at me online.