An earlier version of this article mistakenly stated that ConnCAN computes “School Performance Index” data for Connecticut schools. The index is generated by the Connecticut Department of Education. The New Journal appreciates this correction in our online records.

“I never, in a million years, in my right mind, wanted to set foot in this school. Then I got here,” wrote Kiana M. Hernandez in the Proclamation, Wilbur Cross High School’s student newspaper. Hernandez, who is now a freshman at Yale, came to Wilbur Cross knowing its reputation for having kids who “do nothing but fight and bully and argue.” But she quickly found out the reputation was false. She took rigorous classes and joined a varsity sports team, she writes in the June 2014 edition. The issue includes everything from reviews of classic films to an editorial on the high price of a college education. Students dressed up in prom regalia grin out from the cover, preparing to say goodbye to a school many of them are sad to leave.

This year, Wilbur Cross earned the label “failing school” from the Connecticut Coalition for Achievement Now (ConnCAN), an advocacy group that focuses on improving public education statewide. When the organization created its standards-based ranking of Connecticut public schools, it didn’t take school newspapers into account. It didn’t ask students if they liked their classmates, had close relationships with their teachers, or felt that they were being prepared well for college or the workforce. Instead, it turned to a more simplistic metric: test scores.

Since 2006, ConnCAN has published annual “report cards” for public schools in Connecticut. For the past three years, it has relied on the “School Performance Index,” a metric created by the Connecticut Department of Education. Each school’s SPI is a number between 1 and 100. ConnCAN uses that number to assign each school a letter grade to help the public understand the available data. Schools with an SPI below 50 receive an “F” from ConnCAN. Of the 944 schools ConnCAN graded across the state, sixty-three failed, including ten in New Haven.

ConnCAN says the reports are as a way to commend “schools that are providing students with a high-quality education regardless of race, wealth, or ZIP code.” But, as a result, other schools’ shortcomings, as measured by test scores, are on display. Color-coded and printed in large, foreboding letters, the report cards make it easy to distinguish failing schools (marked in red with large Fs next to their names), from passing ones. And, for each of the three years ConnCAN has issued the SPI reports, Wilbur Cross has failed. But a debate continues: Is this no-excuses approach the way to get a school to turn around?

For Chris Willems, who taught at Wilbur Cross from 2005 to 2012, criticism of the school is nothing new. “When they first started a failing school labeling system they labeled us ‘dropout factories,’” said Willems, referring to a controversial 2007 study by Johns Hopkins University. “Yeah, there are a lot of challenged children in our school. Yeah, there’s a lot of stress. Yeah, they’ve had traumatic lives…but, a ‘dropout factory?’”

The school has seen recent improvements. The four-year graduation rate rose to over seventy percent in 2012 with the assistance of multi-million dollar state grants. But ConnCAN’s improvement grade for the school, which measures change in test scores from year to year, is a B. Still, the B lies at the bottom of a list of Fs for student performance in math, reading, and science.

Even the district’s highest-level administrators take issue with the system. “Unfortunately, the ConnCAN report falls victim to oversimplification in the assignment of grades in ways that I think assign blame to educators and school communities that is counterproductive to its goal,” New Haven superintendent Garth Harries said.

ConnCAN CEO Jennifer Alexander maintained that the report cards’ bold design is meant to satisfy the public’s “hunger for clear and user-friendly information” and to help influence public policy. And from a publicity perspective, the report cards have achieved this goal. According to Alexander, they have generated a lot of Internet traffic and have appeared frequently in local media.

Borrowing principles from the business world, Alexander and other reformers believe that schools—and society—can be transformed if only we administer the right tests, collect the right data, and motivate struggling schools to move in the right direction. She claims that ConnCAN’s list of “success story schools”—schools that serve kids from underprivileged backgrounds but achieve high test scores—helps prove that transformation is possible. “Kids can succeed at the right level regardless of their background if they’re given the right opportunities, instruction, quality of teaching, and support.” Alexander said. “Our goal and job is to prove this.”

“Accountability” is the buzzword of the day in education policy, and ConnCAN’s reports are a symptom of a system that has embraced a punitive approach: schools can be fixed if they are held “accountable” for their shortcomings. Under the No Child Left Behind Act of 2001, states receive federal funding in order to administer standardized tests to all public school students. Title I Schools like Wilbur Cross, which receive additional funding for students from low-income families, are required to demonstrate “Adequate Yearly Progress.” Since Connecticut obtained a waiver from the Obama administration in 2012, it has continued to receive funding while escaping some of NCLB’s strictest and least realistic expectations, such as the requirement that 100 percent of students demonstrate proficiency in reading and math by 2015. But in order to obtain the waiver, Connecticut had to present new methods for holding schools accountable.

Willems, echoing a national chorus of educators, believes the emphasis on test scores has forced teachers and schools to change their focus. Labels like the one ConnCAN applied to Wilbur Cross “encourage a narrowing of the curriculum that prevents us from creating considerate, intellectually stimulating environments for children at the high school level,” Willems said. “We’ve lost arts, physical education, music—joy.”

All three teachers I contacted characterize ConnCAN’s rankings as outdated and unproductive, but their response is not only about their own grades; it’s about what it means for their students, as well. “My instinct is that I really want to defend our school against what I think is an unfair rating system that unfortunately gets too much press,” one teacher, who asked to remain anonymous, told me.

The numbers also fail to take into account the realities of students’ lives, and what Willems called “the critical thinking skills my children need to employ to do the incredible things they do”—while they are “raising children on their own, coming to school, and working.”

Willems and his fellow teachers are not the only ones who realize the system is broken. Though Alexander stands by ConnCAN and the report card system, she admitted that she hoped the Connecticut public school system would soon find a more comprehensive way to use testing data. “We know that children, if given the opportunity to meet high expectations, will get there,” she explained. “But we know…that they are starting from different places. We need to develop an accountability system that acknowledges those different starting places.”

The editors’ note in the June 2014 edition of the Proclamation reads, “The future of our school is not in any person’s hands. Every student, teacher, administrator, and staff member can choose to move forward. Or we can stagnate.” But despite the optimism of its students and the determination of its faculty, Wilbur Cross will continue to bear the “failing” label, even if it is the grading system itself that has failed.

Olivia Klevorn is a sophomore in Silliman College. 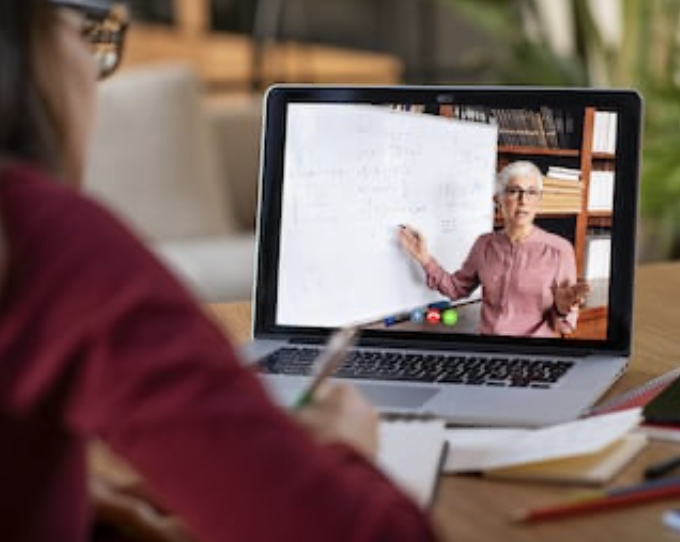