One plowed road cuts through the center of Johnsonville, Connecticut, and snow is piled high on either side. Beyond the road’s ragged edges, about twenty Victorian houses stand empty. They’re scattered in this plot of land as if airdropped, randomly spaced and facing different directions, like pigeons that landed in a snow bank. The paint on their walls is chipped and fading, save for a few remaining patches of jaunty red or turquoise. Some of their windows are broken but many are intact. One has a suitcase wedged into its frame. There are security cameras on every door.

For many months, this village was for sale. It was on the market from spring 2013 until late last October, when all sixty-two acres of it went up for auction at the starting price of $800,000. Considering it is part of the town of East Haddam, where single-family dwellings that are not historic Victorian homesteads regularly sell for over $300,000, this asking price was almost desperately low. The auction closed on Halloween and the property sold for $1.9 million to an undisclosed buyer.

Johnsonville’s glory days have come and gone, a few times. From around 1850 to 1930 it was a prosperous milling community on the Moodus River. It was home to the Neptune Twine and Cord Company, owned by the village’s namesake, Emory Johnson. It was never much more than a company town—the mill, the mill office, the mill owner’s homestead, and a few workers’ cottages—but it did well enough. Johnson had the money to carve nice Victorian details into his wraparound porch. The century moved on, though, and as local manufacturing faded, the town went into decline.

Then, in the 1960s, local aerospace millionaire Raymond Schmitt acquired the town piece by piece—starting with the mill—and turned Johnsonville into a Victorian-themed tourist attraction. He brought in period-appropriate structures from other Connecticut towns, including a chapel, a stable, and a steamboat. He refurbished all the buildings and stuffed them with antiques.

“That was the town’s real heyday,” says Luke Boyd, the creator of a website dedicated to Johnsonville. But it didn’t last. “East Haddam hated him. Here comes this carpetbagger guy, rich off the military-industrial complex, and he’s trying to bring tourists into this village.”

Schmitt got into a zoning dispute with the town and closed the attraction in 1990. He died in 1998, and the hotel management company, MJ ABC, bought the property in 2001. They tried to turn it into a 55-and-over community with a health club and spa retreat before the 2008 recession foiled their plans. Now it’s a ghost town, though it has always been a town in suspension—inhabited and declining, alive but only on display, owned and unoccupied, sold and abandoned.

During a blizzarding Saturday afternoon, two friends and I drove up to Johnsonville. The village came into view as we drove down Johnsonville Road. First came the Old Gilead Chapel, the small Victorian church that Raymond Schmitt bought from the town of Waterford, Connecticut, meticulously disassembled, transported to Johnsonville, and put back together. Its door shone bright blue. Then there was the Emory Johnson Homestead, its ornamented porch now peeling and neglected. Signs on doors and windows of every building around warned “NO TRESPASSING” and “PRIVATE PROPERTY.” But there was no graffiti, and the doors hadn’t been kicked in. Some light bulbs were on in front of the stable, a flickering reminder that anarchy doesn’t rule yet in Johnsonville. Boyd says there’s a caretaker who comes by from time to time, but he doesn’t live on the site.

We parked in an empty lot and walked around. We threw up our hoods and tried to avoid the ancient-looking security cameras, wading through a foot of snow to approach the buildings. It was sweet and a little sad to look at the loopy footprints we left around them, signatures in the snow, like some indiscreet trespassers had signed the guest book of the abandoned village. Looking in the windows, we saw the typical relics of incomplete decay—some mossy books, piles of wallpaper, woodchips, dented beer cans. Pity all the antiques had been auctioned off. Outside, it was damp and quiet, save for the occasional car sputtering by. And there was always the muted thudding of the river dam behind the homestead.

The boom-bust cycle isn’t anything new for small communities reliant on a single local industry. But Johnsonville, which seemed to die a natural death when the mill closed, was resurrected unnaturally—a Frankenstein patched together with other villages’ buildings. With the mill gone, its survival can only depend on tourism: the way it looks, and the fact that it’s there. And for now it seems it will be there until it crumbles completely. According to the real estate agency that handles the property, the undisclosed buyer has backed out.

There’s a neatly symbolic picture of Johnsonville that’s easy to find on the Internet. It’s of a short, weather-worn gate bearing a sign that says “Village Closed to Public.” We found this sign in front of a small cottage facing the road. Approaching the house, I noticed a Christmas tree through one of the windows, draped in illuminated white lights. Closer still, I saw that the inside of the house was fully furnished, with a runner on the table and little doilies on the armchairs. We even heard music wafting from the back. Excited, we knocked on the front door, and when no one answered, we tapped on all of the windows. We walked all around the perimeter of the house, trying to catch a glimpse of someone. Vandal deterrent, caretaker’s secret home, domestic ghost residence—it’s not disclosed. No one in in the empty village came to tell us. 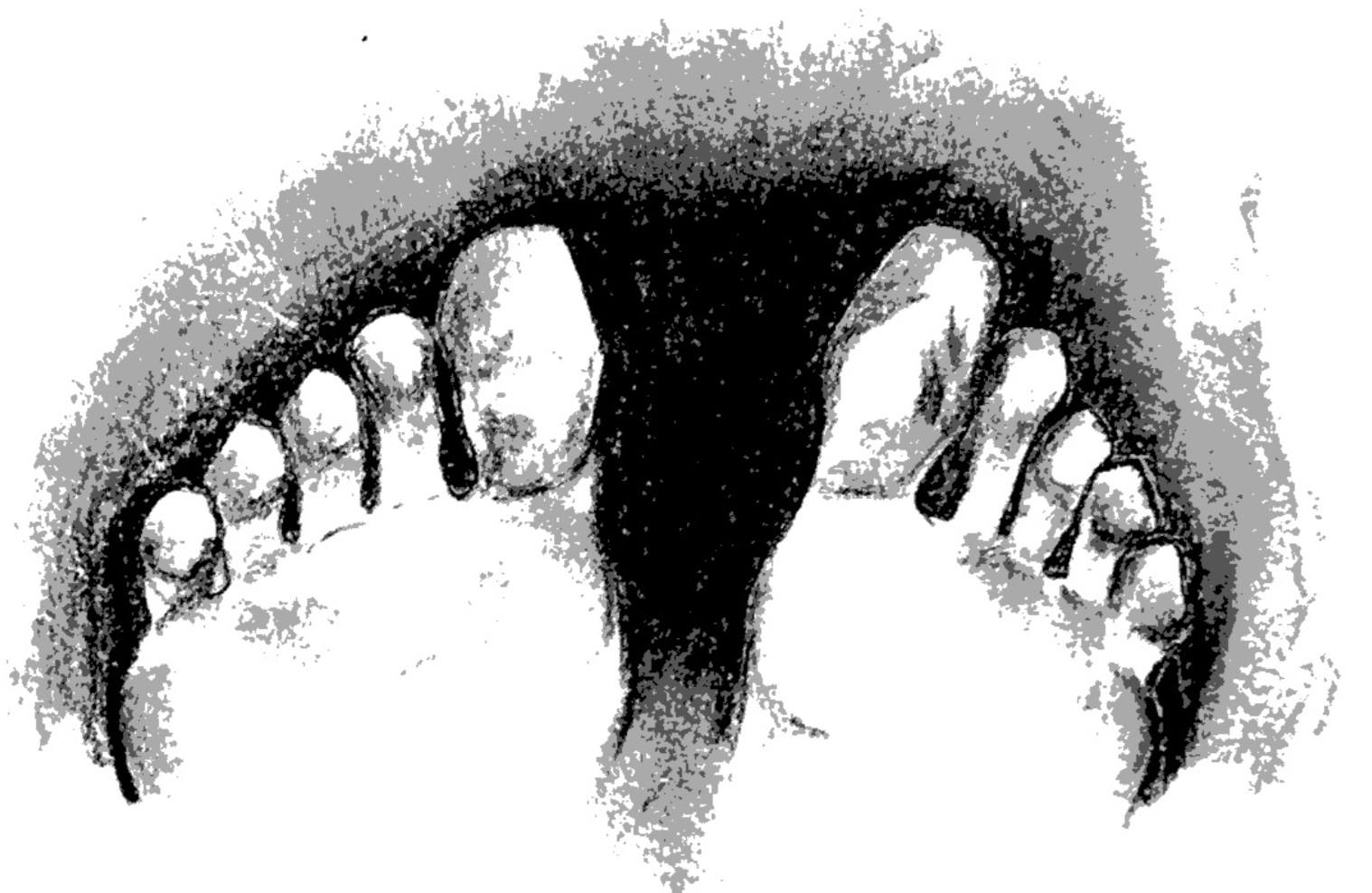