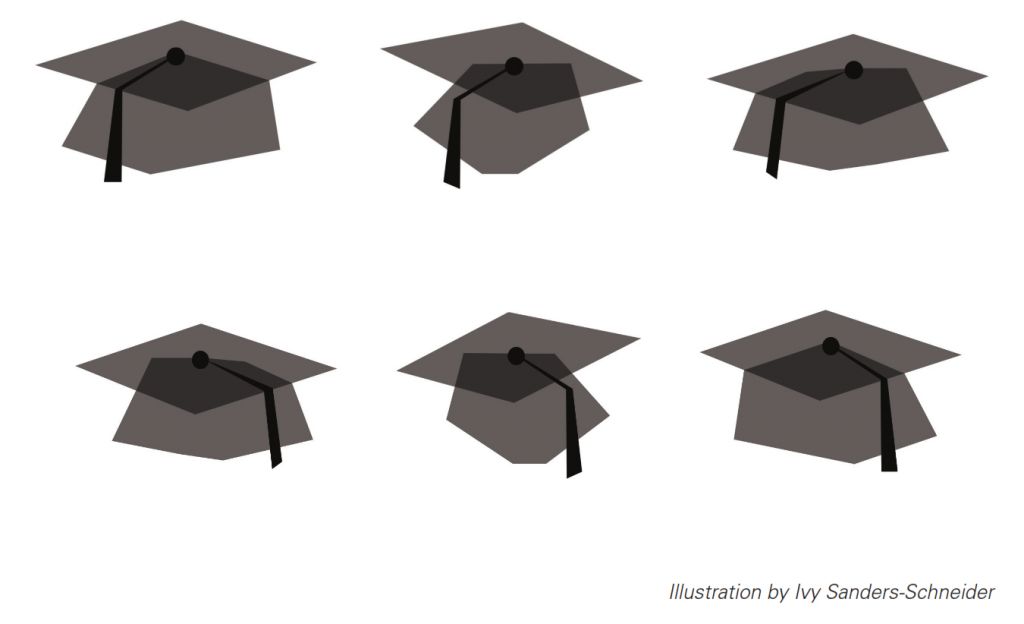 In the computer lab at Keefe Community Center in Hamden, Connecticut, Steven Barnes pecks at his keyboard with his right index finger. He is retyping an essay about reusable bags and the environment. Neatly dressed in a checkered blue shirt and rectangular black glasses, Barnes has the clean-cut air of a model student. He runs his own business moving heavy machinery, but he is unfamiliar with the one kind of machine that every small business owner seems to need nowadays. “The first time I sat at a computer was with Ms. Judy,” he explains.

Eva Goldburn, one of Barnes’s classmates, sits at a computer nearby. She summons Ms. Judy—Judy Taddei, their instructor—to help adjust her document’s font size. Using the computer to take tests frustrates Goldburn. “I read slower, and I type slower, and the time runs out. If I was doing it on paper that would be different,” she says. Barnes and Goldburn are not attending a computer skills class—they are studying for the GED, the test that allows adults to obtain the equivalent of a high school diploma.

Barnes, now fifty-four, left high school before receiving his degree. Thirty-five years later, in September, 2014, he returned to the classroom to earn his GED through courses offered two nights a week by Hamden Adult Education. The classroom likely resembles those Barnes occupied in high school—a world and U.S. topographical map hang over the blackboard, and dictionaries fill the shelves. But the similarities end there. The curriculum is dramatically different from what Barnes encountered at school a generation ago.

The General Education Development (GED) test, a staple of the adult education system for the past seven decades, was entirely revamped at the beginning of 2014. The new test has become more challenging and is offered only on the computer.

The previous version of the test, which had been used since 2002, included one essay and multiple-choice questions in five subjects: math, writing, science, reading, and social studies. The new exam combines the reading and writing sections and includes question formats such as drag-and-drop, fill-in-the-blank, and extended response. You can’t get lucky and guess your way to a passing score.

The GED has long helped Americans escape poverty by steering them toward college or a better job. The GED test became nationally popular after World War II when an assessment was needed for returning soldiers who had not completed high school. Soon the appeal spread to non-veterans. Today, over 800,000 people take the GED each year, earning it the nickname “America’s Largest High School.” According to the Pew Hispanic Center, twenty-one percent of high school dropouts eventually receive a GED.

But the changes may threaten this long-standing avenue toward upward mobility. Students in Connecticut already feel the effects. In 2013, 3,500 people in the state passed the GED. In 2014, just 280 people passed. The decrease of ninety-two percent reflects both the new test’s increased difficulty and the rush of students who took the test in 2013, before the changes. The trend was similar nationwide.

The GED Testing Service is a collaboration between the American Council on Education, an association of leaders in higher education, and Pearson, a for-profit testing and publishing company. Pearson establishes the GED curriculum, but states can decide whether to offer the GED or another high school equivalency test. State and local education boards finance programs to help students prepare for and take the test. This web is complicated, but the fundamental premise is not: the GED is a credential of last resort, a door left open to people who may have few other options in their quest for education.

Even with recent changes, the GED faces something of an identity crisis. Should it replicate the American high school curriculum, down to the accomplishments of President James K. Polk, or should the material be tailored to the diversity of test takers’ professional aspirations? Most students interviewed—both those employed and unemployed—hoped to use the test as a step toward additional schooling, typically vocational. But in seeking to rescue the GED from the moniker “Good Enough Diploma,” the bureaucrats and educators at the GED Testing Service have erected what many adult learners view as frustrating and arbitrary barriers to opportunity.

Goldburn works at a child development center in New Haven caring for six- to eight-month-old infants. She is studying for the GED because her job requires a Child Development Associate (CDA) credential, which mandates a high school degree or equivalent.

Over 80,000 people take the GED each year, earning it the nickname ‘America’s Largest High School’.

“I really don’t want to do it,” Goldburn says, shaking her head. She came to the U.S. from Jamaica in 1989 and is less familiar with some of the content on American history and civics, which are included in the GED social studies curriculum, along with economics, geography, and world history. I ask Goldburn whether the material on the GED is relevant to her job. She responds, “It has absolutely nothing to do with the children.”

A classroom at the East Haven Adult Learning Center (EHALC), a nonprofit education center in East Haven, Connecticut, offered a snapshot of the challenges facing test designers: the students ranged from a middle-aged woman from Sierra Leone who had been out of school for years to young men who had only recently left American high schools.

According to a pamphlet provided by the GED Testing Service, the recent changes align the GED’s content with the demands of employers and higher education institutions. Businesses sometimes wrote off the old GED as too easy to be a meaningful measure of ability. And when it came to salaries, a U.S. Census Bureau study found that individuals with a GED earned approximately 1,600 dollars less each month than those with a diploma. The new test is meant to change this statistic.

“It’s a wonderful new instrument. It’s brought students who have taken this test into the twenty-first century,” says Joe Ferraiolo, the principal of the EHALC. On the edge of his desk teeter stacks of paper containing student forms and information on tests and grant applications. Ferraiolo leafs through them as he explains that some of the GED changes are good. Ferraiolo is particularly enthusiastic about the more detailed transcripts students receive, which make it easier for employers to understand results.

I ask Goldburn if she has a backup plan if she doesn’t pass the GED. She responds, “hopefully, when I take the test, I’ll pass it.”

Adama Jalah, who attends the EHALC, went to high school in her native Sierra Leone, but after she emigrated in 1979, she had trouble getting her transcripts out of the war-torn nation. Jalah took the old test and missed the passing score of 2,250 by just thirty points. “I thought I was going to get it before it changed,” she laments. But Jalah remains diligent. She works as a nursing assistant in West Haven and is studying for the GED with the hope of attending nursing school.

Jalah’s GED instructor, Diane Albright, has been teaching at EHALC for twelve years. In class, Albright plays Simon and Garfunkel as background music and offers muffins and chocolate to her students as “energy food.” On a Wednesday morning in late April, she holds up news clippings on everything from the earthquake in Nepal to a survey on the world’s happiest country. Jalah pipes up with questions about the survey’s sample size. Across the table, a teenager in a loose gray sweatshirt thumbs through notifications on his cellphone with clear disinterest.

Later, Albright tells me that much of the new material is simply too hard for students to master in a typical GED course. Many students are already behind when they come into adult education programs, and it takes time for them to catch up. In general, it takes students at EHALC six months to a year to prepare for the test. Since many students work full time while studying, they often have little time to review outside of class. Albright says that sometimes students show up to class without having slept the previous night.

Students’ frustrations with the test’s new challenges are evident in the classroom. The school currently serves around 230 students, with approximately forty-five in the GED program. Ferraiolo says that when the new test was introduced, EHALC saw a dramatic drop in attendance. A similar decline occurred after the implementation of the 2002 test, and he expects that the numbers will start to bounce back in the next year.

The changes to the GED, born in America’s industrial heyday, are intended to keep the test relevant in a transformed economy.

Even so, some have already decided the new test isn’t worth it. In response to higher costs and standards, certain states have adopted alternatives. New York, Nevada, and Indiana have all begun to use the Test Assessing Secondary Education. Six states now offer the High School Equivalency Test. Both cover material similar to that of the GED, but are cheaper and can be taken online or on paper.

Connecticut also offers classes for a Credit Diploma, which is geared toward those between seventeen and twenty-three who are completing high school credits, and the National External Diploma Program, which is more focused on professional life skills, such as proficiency in Microsoft Office.

But even in this more crowded testing landscape, the GED remains the most popular choice. Sitting at a plastic wood table in the Keefe Community Center, I ask Goldburn if she has a backup plan if she doesn’t pass the GED. She responds, “Hopefully, when I take the test, I’ll pass it.”