A Stranger in the Village

Casey Gerald’s memoir gets its title from a story Gerald found on Tumblr about a village in France blessed with miracles. In the village, the peasants stop working, hoping that the miracles will replace their labor in providing food and clothes for everyone. The aristocrats, fearing this insurgency, erect a sign that declares: “There will be no miracles here by order of the king.” Gerald tells his own story in his 2018 memoir There Will Be No Miracles Here, in which he characterizes himself as a peasant boy from Dallas, Texas. There Will Be No Miracles Hereexamines the cost of prosperity and provides a scathing critique of elitist institutions like Yale, the aristocracy in Gerald’s own story.

Gerald wore ripped black skinny jeans to his Morse College Tea on April 12, hosted in a small reception room with plush red carpets and floor-to-ceiling windows. He wore a black turtleneck and a faded denim jacket that was a size too big on purpose. His red and white Nike sneakers were the focal point of his look—one that fit in with the dozens of students chatting quietly and passing around copies of his memoir, which was published in 2018. With a lilting Southern accent and a wide smile that made you feel like you were in on the joke, Gerald introduced himself to anyone whose eyes met his. He explained that he began writing his book in his late twenties in order to find out why he was, as he puts it, “all cracked up”—a phrase that refers to feelings of fragmentation, unhappiness, and loneliness. “You don’t really know what you intend when you start [your memoir],” he said. “Don’t [write one] unless your life depends on it.”

At thirty-two years old, Gerald is an alumnus of both Yale College and Harvard Business School, an Ivy League football champion, a Rhodes Scholar Finalist, a viral TED speaker, and now, an author. Gerald grew up in South Oak Cliff (SOC), a low-income neighborhood in Dallas. In an interview with The New Journal, Tony Reno, head coach of the Yale football team, recalled walking into South Oak Cliff High School fifteen years ago through metal detectors. “At the time we recruited from all over the country. We knew that [Gerald ] was going to be different because of the environment he was coming from. It was drastically different from Yale,” Coach Reno said. Growing up, Gerald was unaware Yale even had a football team. Upon receiving a recruitment letter from Yale, he thought to himself, “Ain’t nobody from SOC ever gone to no school in Connecticut— where is [Connecticut] anyway?” But Gerald saw Yale as his chance to leave South Oak Cliff, one he could not pass up.

“THERE WILL BE NO MIRACLES EXAMINES THE COST OF PROSPERITY, AND PROVIDES A SCATHING CRITIQUE OF ELITIST INSTITUTIONS LIKE YALE, THE ARISTOCRACY IN HIS OWN STORY.”

He writes in his memoir that he accomplished everything he was supposed to: made a little money, played football, went to a good school, and fell in love (at least once). But the “success” he learned at Yale had its limitations. “I knew how to do an interview, give a speech, kind of write a book, but I had no idea about how to care for a human being,” he told his audience at Morse College. “The search [for success],” he writes, “has not yet killed me, though I am a bit deranged—and that may be the best that I have been in all these years.” In his memoir, Gerald recalls his struggles with racial, sexual, and political identities at Yale, even among other Black students. He remembers the compromises he felt he had to make to succeed in a community where galas, formals, and networking events are the norm. He writes, “The black students at Yale were a mighty rich discovery—not only because they had so much more or had lived so differently than I had, but also and especially because they looked at me as though they were itching to pose Du Bois’s question: ‘How does it feel to be a problem?’” Gerald spent his time at Yale trying to distract others from his race, his background, and his anger, in order to placate professors, advisors, and even classmates. During his first year, his academic advisor Penny Laurans, who was the chief aide to then President Rick Levin, admonished his hat and clothes, exclaiming, “Do you wear those things around campus? Oh, no, Casey. It’s just so stereotypical, you know? You’re at Yale now.”

There Will Be No Miracles Here is not just a manifesto. It’s also a love story. Gerald investigates romantic love and heartbreak as a queer Black boy with little guidance, familial love, and self-love. He remembers falling in love with a boy from home during his time at Yale. “By love I do not mean the strong dramatic feelings that we see on television,” Gerald writes. “I found the prospect of needing a human being, trusting them, extending myself for them, to be more horrifying than being abandoned, or almost killed, or damned for all eternity. People seemed to be the most dangerous things in this world.” Under circumstances in which poverty, abandonment, and substance addiction are the norm, where self-respect and confidence are hard to come by, Gerald says, “the most radical thing [one] can do is be well.”

Gerald writes about founding the Yale Black Men’s Union to combat his isolation from his own Black identity and to provide a space for Black students away from prejudice on campus. “Black love is a powerful thing,” he writes. “And on this night, love—or whatever the feeling was in the room—indeed seemed powerful, powerful enough to put genuine smiles on the boys and girls, powerful enough to satisfy another mantra we adopted in that first year of the Union: We measure success by the lives that we change.”

There Will Be No Miracles Here breaks from the conventions of most memoirs. The chronology is sometimes ambiguous, and Gerald himself inhabits conflicting roles as narrator, protagonist, and antagonist. “I didn’t write a book to prove that I existed. I’m not on the outside looking in or the inside looking out. I am in the middle of my consciousness,” he declared in the crowded speaking room at Morse College. “Did you ever find the parts you lost?” a man in his sixties asked from the audience, his hand resting comfortably in his wife’s. Gerald paused for a few moments, thinking about the question. “Well, they came to find me,” he laughed. “I’m still in the recovery process, still trying to figure out what it means to love someone else.”

—Caroline Bennet is a first-year in Trumbull College. 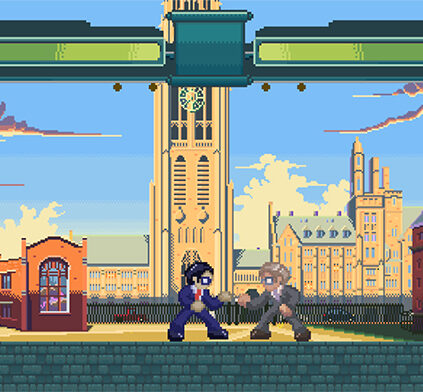