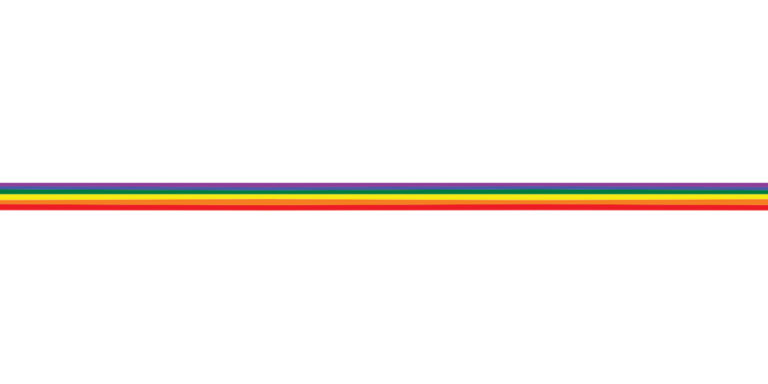 The Cafe at the Corner

“You come here not to be hidden, but to be safe,” Daniel Eugene says, gazing out the window of his Westville studio, as the last dregs of sun wash in. Though we’re not at Partners Cafe, he speaks about the gay bar, which has been a New Haven landmark for four decades, as if it is all around us. Daniel’s space is decorated with photographs of the Partners façade. An artist and a New Havener, Daniel has been going to Partners, located at the corner of Crown and Park, nearly every week since he was old enough to enter. Now, fourteen years later, when I ask him how he feels about the bar, he coos, “I love it.”

The men who bartend at Partners love it too. When I spoke with Paul, who has been working at the bar for the last eight years, he couldn’t keep a smile off his face. As I walked in, I saw what Daniel meant about safety. The front door is set into a concrete wall, interrupted only by narrow glass-block windows. One Yelp reviewer compared the bar to a bomb shelter. Daniel said the peculiar architecture served a historical purpose—when the bar first opened in 1974, the safety of queer spaces depended on their anonymity. Today, Partners remains understated on the outside, a reflection of the confidentiality that many queer people still rely on. Inside, it’s animated by soft velvet and dark wood. The gold ceiling washes patrons in a warm flush.

Paul, a young man as burly as he is sweet, thinks that for most Yale undergrads, Partners is the first gay bar they’ve been to. “You can just tell—some of them are from small towns; they’re 21; they’re just learning how to order a drink,” he reflected, smiling.

The same nostalgic grin graced the faces of Sam and Dustin, two undergrads who frequent the bar, when I asked them about their first time there. “I had never been to a gay bar,” Dustin remembered. “I didn’t feel like I knew how to be that kind of gay, as in, be comfortable enough being gay to dance and kiss someone on a dance floor. I didn’t know it was so normalized.”

Sam remembers exactly what they ordered on their first night at Partners—Rolling Rock, in a bottle. “It was bear night,” they giggled. “It felt super queer.” They drew out the word “queer,” as if to mirror the distinctly open atmosphere at Partners that distinguished it from other gay bars.

That night, Sam was inspired to bring the comfort they felt at the bar into the rest of their life. “I went to the bathroom to text my roommate—to come out to him,” they recalled.

Being in an intergenerational space changed the way Anthony understood the queer community. “I’ve learned so many things just talking to people from different generations, asking them things about their lives,” he reflected. “People come in and tell me how they met here, how they fell in love, how the door used to be that way,” he said, gesturing towards the far corner of the bar.

Older patrons’ memories of how the AIDS crisis affected Partners have a particular resonance for Anthony. “This place was full—and then, gone,” he recalled, snapping his fingers. The movement to create an organization to fight AIDS in New Haven began in the Partners basement. This year, that organization, AIDS Project New Haven, celebrates its thirty-fifth anniversary.

Though older patrons have memories to share, the interactions between Yale undergrads and New Haven locals are usually limited to a nod upon walking in the door. While bartending, Paul has observed that the bar’s vibes are split by the staircase and by affiliation—Yalies dancing upstairs, and New Haven residents sitting around the downstairs bar. On the first floor, Partners looks a bit like a sports bar, with too many television sets to count and a Simpsons pinball machine in one corner. Up the staircase, there’s a stage, two neon paintings of hunky men in promiscuous positions, and the space where a stripper pole once was—a memory passed down through generations of Partners lore.

On a Wednesday evening, the upstairs stage is full of undergrads affiliated with student groups or frats that have rented out the place to party away from Yale. “We’re judgement free,” Paul said. The safety that Partners provides for patrons doesn’t end with the queer community; when a Yale men’s sports team threw its formal underneath the disco ball, Paul remembered, the athletes took off their shirts and hogged the AUX as much as students from the co-op. The bartenders don’t worry about straight patronage taking away from a culture of queerness. They welcome straight customers into the space on their own queer terms.

Anthony is pleased that Partners provides a place for undergrads to feel safe much as it has for generations of New Haveners. But, he said, the dynamic is strained by some of the more entitled Yalies, who have yet to learn the practice of tipping. “It’s important for Yale to understand that New Haven local places and the people who work there are trying to make a living. They’re not a commodity of the University,” he reflected.

Anthony grinned as his first customers of the night glided in. They were a group of coworkers on a bonding night out, and it was their first time at Partners. Soon they were laughing with Anthony, trying to buy him a drink. A couple of men in their late thirties walked in later, whom he greeted together, and then each separately, asking them about their days. The conversations swelled together, filling the room. Before I left, I asked Anthony what he wanted for the bar going forward. “What I hope this place does,” he said, smiling, “is that it lasts.”

— Mara Hoplamazian is a senior in Grace Hopper College.