In the fall of 2017, a women’s soccer recruit from California with a forged athletic profile was admitted to Yale. The following May, when Rudy Meredith, head coach of the Yale women’s soccer team, formally announced his 2022 recruiting class on the Yale Athletics website, the California recruit was missing from the list. Yale didn’t seem to notice. But federal investigators did. This March, prosecutors indicted Meredith, along with forty-nine other people, for participating in a sprawling bribery scheme in the Justice Department’s largest-ever college admissions investigation.

Yale’s admissions process is to blame. According to Senior Associate Athletics Director Brian Tompkins, the University does not independently verify recruits’ athletic credentials—a loophole that administrators say Athletic Director Vicky Chun has been working to fix. And while Harvard interviews all admitted athletes, Yale has no comparable protocol in place. In an interview with The New Journal, Tompkins described the interaction between coaches and admissions officers as “a trust relationship.” That relationship broke down when Meredith accepted a $400,000 bribe to recruit an applicant who didn’t play soccer at all.

The admissions scandal made two things clear. First, varsity coaches at Yale hold disproportionate clout in the admissions process—enough to command the equivalent of over five years’ worth of tuition, room, and board for a bad-faith recruiting slot. And second, these days, the ultra-rich will go to almost any lengths to secure a spot for their child at an elite college. The parents of the aforementioned recruit paid William “Rick” Singer, the owner of the fraudulent college preparatory company at the center of the scheme, a total of $1.2 million; the following April, Meredith met with Los Angeles financial executive Morrie Tobin, who was acting as an FBI informant in exchange for leniency in a securities fraud case, and offered to designate Tobin’s daughter as a recruit for $450,000.

For wealthy parents hoping to bribe their children’s way into Yale or another Ivy League school, athletic recruitment would be an obvious route. For one, Yale’s academic admissions standards for prospective athletes are more lenient than those for other students. Admissions officers place recruits on a 240-point scale based on GPA and standardized test scores in accordance with the Ivy League’s “Academic Index” system. The score of each athletic recruiting class, across all sports, can’t be less than one standard deviation below the entire student body’s score. The athletic department assigns each team an average score to hit, according to Chris Gobrecht, who coached the Yale women’s basketball team from 2005 to 2015. Gobrecht said sports like tennis and golf that tend to recruit students from wealthy private schools are given higher target scores than sports like basketball, which recruit more heavily from public schools.

According to The Harvard Crimson, Harvard admits 83 percent of athletes with top academic ratings on an internal scale, compared to 16 percent of non-athletes with the same ratings. Yale’s admissions office declined to provide data for this story. “A coach’s endorsement by no means guarantees admission,” Dean of Undergraduate Admissions and Financial Aid Jeremiah Quinlan said through a spokesperson. “Yale and the Ivy League closely regulate the admissions criteria for student athletes.” An admissions committee reviews each recruit’s application, just as they do for non-athlete applicants, and recruits’ academic credentials are vetted rigorously from the moment coaches contact them. Allison Guth, head coach of the Yale women’s basketball team, wrote in an email, “After identifying a student-athlete we think would fit our style of play and culture, we immediately request transcripts and test scores.”

Throughout the admissions process, coaches communicate with a liaison assigned to their team by the admissions office, who advises the coach on the recruit’s likelihood of admittance. After each recruit’s junior year, coaches send the liaison an academic portfolio, which includes the applicant’s transcript and standardized test scores. Coaches also submit a letter in which they describe the recruit’s character, background, and athletic accomplishments, including statistics and accolades. In the fall, the admissions office reviews the recruit’s full application during the early admission period.

Verifying recruits’ athletic credentials, however, is completely left up to coaches. According to Tompkins, neither the athletic department nor the admissions office currently conducts an outside review of applicants’ athletic qualifications. An FAQ about the scandal published on Yale’s website states that going forward, the athletics department will review each coach’s recruits before their applications are sent to admissions, and “situations in which a recruited athlete fails to make a team will receive close scrutiny.”

Gobrecht, the former Yale women’s basketball coach, said it was rare that her recruits were denied admission, especially once she became familiar with the admissions office’s academic expectations. But she noted that admissions reviewed her recruits’ portfolios carefully. “This is not a rubber stamp kind of thing at all,” she said. Gobrecht estimated that “once every three or four years,” the admissions office would notify her of a red flag in a recruit’s application, such as a concern with a teacher recommendation.

Singer didn’t send Meredith the California recruit’s doctored profile until mid-November, after Yale’s early application deadline. (He’d removed an art portfolio the recruit had compiled and falsely described her as “the co-captain of a prominent club soccer team in southern California,” according to court filings.) Even on a tight timetable, and without consulting the women’s soccer team’s liaison the prior summer, Meredith was able to secure the fake recruit’s admission. This further suggests that Yale’s vetting process, while rigorous, is far from airtight.

“Tompkins described the interaction between coaches and admissions officers as ‘a trust relationship.’ That relationship broke down when Meredith accepted a $400,000 bribe to recruit an applicant who didn’t play soccer at all.”

Still, both Tompkins and Grant Bronsdon, who worked for two years as an assistant director in the admissions office after he graduated in 2016, said that Meredith was an outlier. “This kind of thing happened because one coach was able to be more separate from the process and act with an utter disregard for the integrity of the process,” Bronsdon said.

But Gobrecht said that Yale’s elite reputation renders the recruiting process more susceptible to manipulation. “I think just from the standpoint of the demographics of who’s attracted to [Yale], the big money and the wealth and the fame…you can see why it might be possible for something like [the scandal] to happen,” she said.

Even if Yale institutes additional oversight for athletic admissions, as administrators have promised, the bribery scandal has brought newfound attention to the role athletic recruitment plays at elite institutions like Yale. Admissions advantages for athletes—particularly those who are recruited for costly sports prevalent at Ivy League schools, like sailing and lacrosse— disproportionately aid wealthy white students. According to a survey conducted by The Harvard Crimson, 46.3 percent of recruited athletes in Harvard’s class of 2022 have a family income over $250,000, compared to 32.8 percent of the class at large. At Yale, 279 of the 297 varsity athletes on the lacrosse, sailing, ice hockey, and crew teams—94 percent—are white. Meredith’s deception might have been an anomaly, but as debates over affirmative action intensify, Yale still has a tougher set of questions about athletic admissions left to answer.

—Mark Rosenberg is a junior in Pierson College.

Jack McCordick, a sophomore in Branford College and an associate editor at The New Journal, contributed reporting to this article. 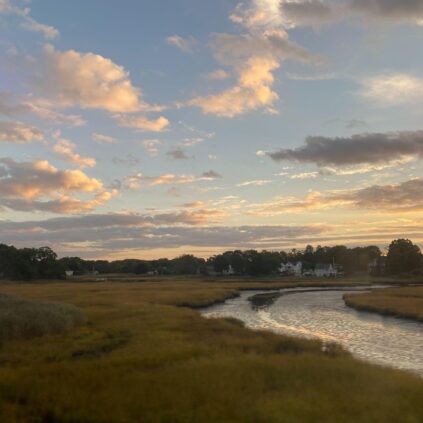