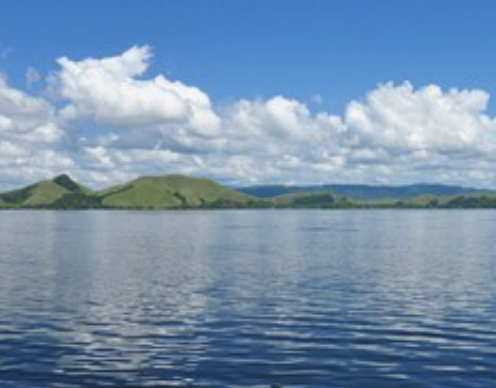 During what they might later call a diseased summer,
or The Second Great Mortality, we had a house
in a wooded area with a flat, dirty roof
and a swimming pool so blue on the bottom that the water
looked how it might in a line-drawing, the sun a lemon.
I didn’t remember inviting over strangers,

and yet, the kitchen became full of strangers
smelling like fish, or dust — their summer
jobs. They hovered opposite the sink and peeled a lemon.
It was when I saw the twisted rind on the rim of a glass that I disowned the house—
Not mine. A place replete with skinless fruit and little pools of water,
alien spillage, even on the roof.

I feared someone would skitter off the roof.
They swayed with such abandon. I distracted myself with stranger
thoughts, running the crusty dishes under water,
realizing they might later call it a domestic summer:
an experiment in the love between man or woman and house,
testing how long the sheets can smell like lab-born lemon.

No one had more lives than the lemon.
We found it everywhere, the rug, the bed, the roof
of the mouth. In hilarity, we scoured the house
for other gifts, hunted for clandestine weapons, and donned the sweaters of a stranger.
I think it was an old man’s wardrobe for summer,
with clothes for playing golf, and very little for the water.

In the morning, I woke early and reached for my water,
padded through the rooms and peeled a dry lemon
off the rug. It didn’t feel like summer.
It felt like the Middle Ages, the ‘danse macabre’ parading on the roof.
Morning made everything stranger,
except the house.

It could be called biblical. The house,
an ark against rising flood water.
The bible, after all, is always subsuming the stranger,
such as we were. Estranged. Enclosed. Still drunk and dreading lemons.
Eschewing every sour fruit. Seeking something with which to roof,
or line our stomachs. Seeking bread before leaving—leavened summer.

A stranger left her cardigan at the house,
in the bathroom where, all summer, the shower head spewed cold water.
Remembering an adage about lemons, we drew the ladder away from the roof.